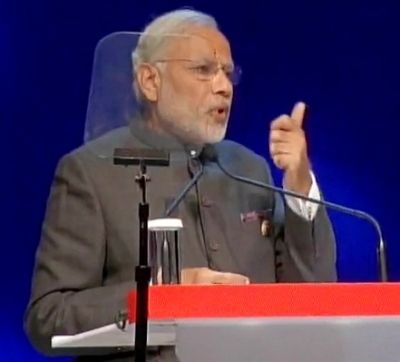 With a slew of measures putting back the economy on track, Prime Minister Narendra Modi on Saturday said reforms are "just a way station" to transforming India and vowed to provide a transparent and predictable tax regime as well as protection to Intellectual Property Rights.

Speaking at the ASEAN Business and Investment Summit in Kuala Lumpur, he said government actions in the past 18 months have led to bringing down inflation while at the same time leading to higher GDP growth and foreign investment.

"Reform is not an end in itself. Reform for me is just a way station on the long journey to the destination. The destination is the transformation of India," he said.

"It was obvious that reforms were needed. We asked ourselves the question -- Reforms for what? What is the aim of reform? Is it just to increase the measured rate of GDP growth? Or is it to bring about a transformation in society? My answer is clear: we must 'reform to transform'," he said.

The fruits of development have to be taken to the margins of geography and to the bottom of demography. "We have to touch lives, while reaching for the sky," he said.

Action during the last 18 months has ensured that "GDP growth is up and inflation is down, foreign investment is up and the current account deficit is down, tax revenues are up and interest rates are down, thee fiscal deficit is down and the rupee is stable," Modi said.

Stating that a series of concerted steps including structural and institutional reforms have initiated, the prime minister said the government was "moving fast" to make sure tax regime is transparent and predictable where genuine investors and honest tax payers get quick and fair decisions.

"Going further, I want to assure you that India is committed to protect Intellectual Property Rights of all innovators. We have taken several initiatives for transparency and online processing in IP administration. A comprehensive National IPR policy is expected by the end of the year," he said.

"To re-vitalise the flow of investments, the second wave of structural and financial reforms have been launched. "We are trying to further open up the economy and introduce an element of predictability and stability in taxation system," he said.

While productive public investment has been substantially increased, carbon taxes on fossil fuels has been imposed to show India's commitment to climate change.

Stating that the world economy was not exactly doing well, the prime minister said the economic revival in India is the result of a series of concerted policies. Even while cutting the fiscal deficit, productive public investment has been substantially increased.

"We have embarked on a course of fiscal consolidation. We have entered, for the first time, into a monetary framework agreement with the Reserve Bank to curb inflation," Modi said.

Recounting steps taken, he said carbon taxes on fossil fuels has been imposed, diesel price de-controlled, cess on coal hiked by three fold and wasteful expenditure has been cut.

While confidence within and outside the country has increased, the IMF and World Bank have expressed even better hope for the Indian economy this year and after, Modi said.

Macro-economic stability, he said, is good.

"Our aim is to create jobs for more than a billion young hands. To provide this, the share of manufacturing must reach around 25 per cent in our GDP," he said adding 'Make in India' campaign has been launched and government is aggressively working on ease of doing business front.

Reducing complicated procedures, making them available at one platform -- preferably online, simplifying the forms and formats has been taken up on war footing, he said recalling India jumping 12 ranks in the recent World Bank's 'Ease of Doing Business Report of 2016'.

Modi said the Index of Industrial Production has shown a distinct improvement over the previous year. "We are working in all ways to make India a global manufacturing hub."

Enumerating steps taken, he said a series of simple but powerful structural reforms in agriculture have been taken, the world's most ambitious housing for all programme launched and undertaken major improvements in the transport sector.

Concerted action to revive stalled infrastructure projects and a major revamp of the power sector have been undertaken, he said.

The pace of award of new highway works has increased from 9 kilometers per day in 2013-14 to 23 km a day currently. "These will have large multiplier effects throughout the economy," he said.

The prime minister said the government was committed to restore credibility in the process of allocation of natural resources.

"My government has intervened with legislative and administrative measures to improve the supply of critical inputs and raw materials. They include Coal, other minerals and spectrum. The hallmark of this intervention is allocation through transparent auction," he said.

About 190 million new bank accounts have been opened under the Jan Dhan Yojana. In a break with over 65 years of tradition, states have been involved in framing foreign policy.

The prime minister said the government was trying to remove the bottlenecks that were affecting growth process.

"India is a land of immense opportunities," he told the ASEAN business community. "Our democratic values and an alert judicial system ensure the safety of your  investments. We have set the tone of governance with a long term vision and an open mind. We are particularly working to make India the easiest place to do business."

"And we know that our time has come. We are at a take-off stage. I invite you to come and see the winds of change in India," he said.

Modi said maximum focus of the government is on building futuristic infrastructure. "By exercising tight control over unproductive expenditure, we have greatly increased capital investment by the public sector. To further augment such investments, we are encouraging the PPP (public–private partnership model)," he said.

Also, National Investment and Infrastructure Fund has been set up to leverage public investments.

"We are also coming up with Tax Free Infrastructure Bonds with a view to broaden the corporate bond market and to provide long term finance for infrastructure," he said. "We are eager to work with Malaysia, Singapore and other ASEAN countries in this regard."

India, he said, has been consistently ranked as the most attractive investment destination by several global agencies and institutions.

He said the government has allowed and enhanced FDI levels in key sectors including insurance, defence and railways and put most of the sectors on automatic approval route.

Also FDI policies in sectors such as construction, plantation and medical devices has been rationalised and composite caps for Foreign portfolio investors has been allowed.

A new bankruptcy code has been drafted and formation of  the Company Law Tribunal to expedite cases is on the way.

"We have ended retrospective taxation," he said adding the implementation of General Anti Avoidance Rules has been deferred.

Also, the Goods and Services Tax Bill has been introduced in Parliament.

"We are hopeful of rolling it out in 2016. This will create a unified system of taxation across the country," he said.

Calling India and ASEAN natural partners, Modi said ASEAN's 10 member countries form an economic powerhouse and have emerged as one of the largest economic zones in the world.

"The last fifteen years have seen your rapid and yet stable growth. Your Macro-economic stability has been the main reason for growth and stability in South East Asia. With good

governance, futuristic infrastructure and focus on new age technologies, you have created excellence," he said. 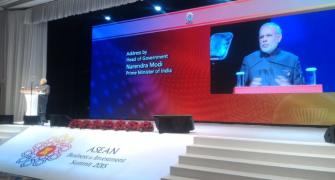 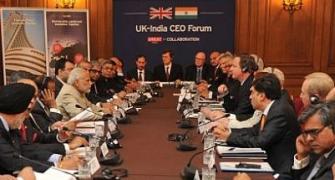 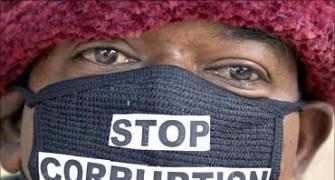 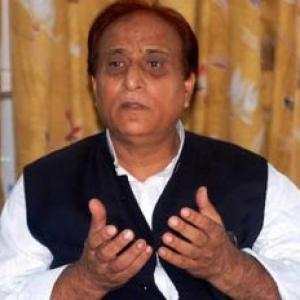