The economics of happiness

This does not mean isolating parochialism but of new way of thinking about economic systems, says Rajni Bakshi.

What might an “Economics of Happiness” look like? This question brought together hundreds of people for a conference in Bangalore on March 15.

In an auditorium packed with opponents of a corporate dominated globalisation numerous speakers outlined a vision of a new economic system anchored in community, localisation and fairness. “Our aim is to overcome the fragmentation between activism and spirituality, between the environmental movement and those fighting for social justice” said Manish Jain one of the co-hosts of the conference. Jain is the coordinator of  Shikshantar: the people’s institute for rethinking education and development, based in Udaipur.

Localisation is the lynchpin of the emergent picture of an economics of happiness. This does not mean isolating parochialism but instead of new way of thinking about economic systems.

While there is a diversity of views on how the alternatives can be built, there seemed to be a broad consensus on what is wrong with the model of globalisation that has spread across the world over the last 25 years.

According to a statement published by Eternal Bhoomi journal, another co-host of the conference, this model of globalisation has led to:

“Globalisation is rooted in the idea of endless growth in a finite environment. This is not possible” said Gloria Germani, a representative of the Happy Degrowth Movement in Italy. She added that in Italy more and more people see globalization as a failure because unemployment rate is about 26 per cent.

“There is an urgent need for both decentralisation and localisation of power” said Helena Norberg-Hodge, founder of the International Society for Ecology and Culture and another co-host of the conference. Norberg-Hodge went on to point out that in India this is not a new idea, Mahatma Gandhi did extensive work on the need for more human scale and sustainable economic systems.

At its heart the call for an economics of happiness is a longing to rebuild face-to-face bazaar spaces which thrive on inter-dependence of the human economy and nature’s eco-system – rather than pitting them in a fatal conflict.

There were several allusions to the Occupy Wall Street movement during the discussions. Veteran activists who gathered for more in-depth discussions, one day before and after the conference, agree with the imagery made popular by the “Occupy” movement. Namely, that 99% of the world’s population is being taken for a ride by the 1 per cent who have acquired disproportionate wealth.

While the critique is sharp the answers being sought have a spiritual foundation.

“Localisation is compassion, without which nature cannot last,” said Samdhong Rinpoche, the former prime minister of the Tibetan government in exile. Referring to the period since the industrial revolution, Rinpoche said: “For 200 years there has been a shift towards more and more human greed. Now challenge is how to come out of this? There is hope in the longing for survival, this may enable us to change mindset.”

The needs of the future, he went on to add, are “non-violence, sustainability, eco-friendliness and reaching the poorest of the poor.”

How is this to be made possible? After all, as Mahinarangi Maika, an activist from New Zealand said, “the biggest challenge is liberating people’s minds so they can even imagine that localisation is possible.”

Much of the hope seems to come from the wide variety of highly trained young people who are walking away from jobs in the mainstream market and seeking to creative new organizations that foster both business models and social structures that are community and compassion based.

They are driven by a passion to foster a need rather than wants based economy which would function in accordance with the laws of nature rather than be at war with nature.

While the term “Economics of Happiness” will evoke much initial interest its votaries face are bound to have a tough time. This is largely because they are challenging the idea of perpetual material progress or an ever rising GDP – which is so widely accepted as the basis for determining the success or backwardness of a country.

Perhaps the biggest challenge for this loose network of activists and thinkers will be in explaining and illustrating that what they seek is ‘intelligent growth’.

As Stephan Harding, a British ecologist, writes in an article circulated at the conference: “Intelligent growth recognises that there are many good things that must grow – and quickly: some material, some social and others spiritual.” 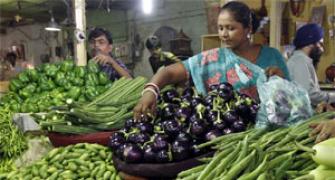 A Plan B for global business