News
Business
Movies
Sports
Cricket
Get Ahead
Money Tips
Shopping
Sign in  |  Create a Rediffmail account
Rediff.com  » Business » Jan-Dhan not perfect, but its progress is laudable

Jan-Dhan not perfect, but its progress is laudable

The government scheme has a long way to go before its ultimate goals of universal financial inclusion and financial literacy are achieved, says Sumita Kale. 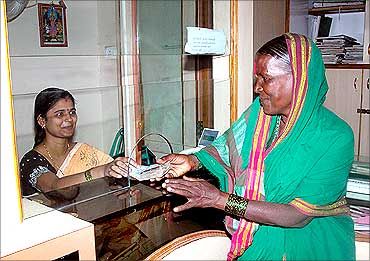 The previous article set out the paradigm shift in financial inclusion in India through the Pradhan Mantri Jan-Dhan Yojana (PMJDY): Progress in inclusion has now gone beyond just the number of accounts and agents; there is more data available transparently online to be verified by analysts; not just no-frills basic savings accounts, the mission is also linking government benefits, insurance, pension and overdraft facility for the poor and the unbanked; the massive campaign in the initial phase of PMJDY did more to raise awareness among the masses on banking services, etc.

MicroSave conducted three survey rounds of PMJDY over a year, and while the two main negative results grabbed headlines recently, this piece aims to give a more complete picture - the good, the bad and the ugly.

The first two waves of the assessment in December 2014 and July 2015 were dipstick studies; the third wave in December 2015 was a more in-depth nationally representative survey. Thus, strictly speaking, inter-wave comparisons are indicative.

The easy traceability and high availability of Bank Mitras (BM) itself is a significant improvement from the pre-PMJDY era, where the agent network had grown pushed by mandate, with little monitoring.

Income earned by agents and banks has improved: Initially, a large share of income came from commissions on new accounts; now transaction numbers and volumes are driving earnings.

Another highlight has been high female participation: For every three PMJDY customers who opened a bank account for the first time, one was a female customer.

On the negative side, there are two main issues: one, a rise in the level of dormancy of agents and two, a reduction in the number of first-time accounts.

As is normal in India, there are high interstate disparities, yet pleasantly, Uttar Pradesh and Bihar stand out in the top three, with the lowest rate of three to four per cent dormancy.

Most agents reported inadequate commissions as the main reason to quit.

Interestingly, dormancy in accounts has steadily fallen, from 43 per cent to 28 per cent in 2015.

The levels confirm the share of zero-balance accounts, as reported in the PMJDY database.

The rising trend of multiple accounts has hit the headlines already: In wave III, 67 per cent of customers reported that PMJDY was their first formal financial account, compared to 86 per cent in the first two rounds. Yet, almost all those with multiple accounts reported active use of their alternate accounts, so they were not financially excluded.

More BMs are now reporting difficulty in finding someone without an account in the village.

So while the rising number of multiple accounts does need attention, there is no doubt that since its launch in August 2014 the PMJDY has succeeded in bringing in a large number of the previously unbanked into the formal banking system.

The survey has exposed numerous operational difficulties that need to be addressed.

For instance, 14 per cent of customers who came to the BMs were unable to open a PMJDY account, with reasons such as "incomplete account opening form" and rejection of documents by bank branches.

There are significant challenges with delivery and activation of RuPay cards and BMs report problems of connectivity for making transactions.

There is still low awareness regarding insurance and pension schemes and lack of clarity on overdraft eligibility. Commissions on government benefits are not sufficient and often not paid regularly.

So, though monthly average incomes have increased to lie between Rs 4,000 to Rs 6,000, depending on the type of business, this is still much less than the BMs' expectation of Rs 13,000.

There are enough details in MicroSave's report for much richer analysis of the progress under the PMJDY.

Since what is measured is achieved, the main positive change in driving inclusion is that the PMJDY has gone beyond targeting just the number of accounts and agents to detailed monitoring at a granular level.

Such monitoring will naturally reveal all the glitches that need to be addressed.

The ultimate aims of universal financial inclusion and a financially literate population are a long way away, yet when in terms of raising awareness and providing access to the full suite of financial services in rural India, the PMJDY has already made large strides on the right path.

The author is with the Indicus Centre for Financial Inclusion. 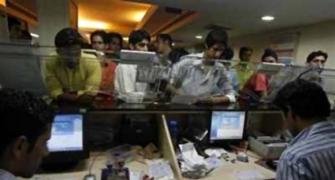 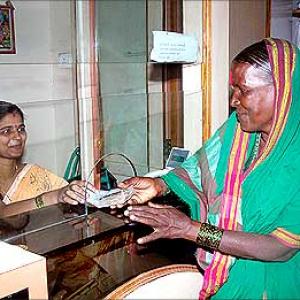