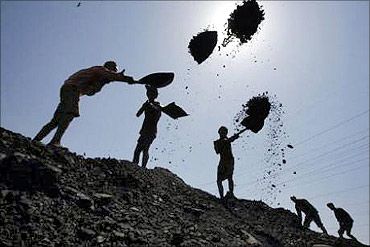 The government should give the first right of refusal in the ensuing coal mine auction to the companies which lost the blocks in the mass cancellation by the Supreme Court on Wednesday, former Coal Secretary PC Parakh said.

The economy will be severely impacted if the government fails to re-allocate the cancelled blocks within six months, Parakh said while reacting to the court verdict quashing allocation of 214 out of 218 coal blocks allocated to various companies since 1993 in a major blow to the corporate sector.

He also questioned as to why no investigation was carried out against those who prevented implementation of a transparent allocation system.

"The Supreme Court has cancelled all the blocks except four. I believe that the blocks cancelled will be re-allocated and if present holders are given the first right of refusal

then there would not be much dislocation of work. If there is a wholesale change and new people come, it would have a very severe impact," the former Coal Secretary said.

It may be noted that Parakh's name figured in an FIR filed by the CBI in the coal scam. The agency filed a closure report last month.

The severity of the impact could be mitigated if the company holding mines prior to today's cancellation are given the option to match the price of the highest bidder in the auction and the mine should be alloted to the highest bidder only after his refusal, he said.

The impact on the power sector and economy depends on how fast re-allotment is done, he said. "If it is not done within 6 months then the impact would be very severe," he cautioned.

He also wondered why there was no "investigation into reasons as to why it took about eight or ten years to implement a decision which was taken in 2004," and said "this issue has not been investigated by CBI  here at all and Supreme Court has not directed CBI to look into this aspect."

He asked why "no investigation has taken place" against those who failed to implement a transparent policy. "That is one big lacuna in the way investigation is going. People who made the mistake of following wrong policy and making wrong allocation, no action was taken against them."

"The companies, some of them at least if not all of them, which followed the principles of policies then available are being penalised whereas people who implemented the policy are not penalised," Parakh said.

In reply to a query he said there was difference in blocks allocated prior to 2004 and after that period.

"Prior to 2004, perhaps nobody at that point of time realised that things going wrong. In 2004 it was already assessed that system is not correct. The PM also agreed to that and he approved and proposed that you should go through bidding system and yet policy was not implemented for eight to ten years," Parakh said.

In reply to a query whether bidders would be there if the government goes for auctioning, he said there would be no dearth of bidders as there is a huge unfulfilled coal demand in the country, which many companies meet through exports at a cost much higher than what is possible to mine. Also "coal mines that are operational or are yet to be operational are undoubtedly good mines", he said.

The bench also directed the companies, which were allocated coal blocks but had not operationalised them, to pay a compensation to the government for the loss to the exchequer. It accepted the findings of the CAG which came to the conclusion that the loss of Rs 295 per tonne was caused due to the non-operation of the mines.

The apex court on August 25 held that all coal blocks allocation since 1993 by various regimes at the Centre have been made illegally and arbitrarily.

Parakh, who took over as Coal Secretary in 2004, had suggested bringing amendment to the Coal Mine Nationalisation Act to usher in bidding system, said, "This order does vindicate my stand." 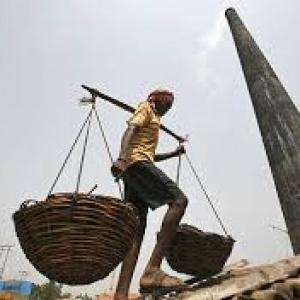