The prime reason being the incompetency of Enviro Care, the agency which had done the environmental impact study of the proposed project.

The Union Civil Aviation ministry has cancelled approval to the controversial private airport project at Aranmula in the Pathanamthitta district of Kerala.

The ministry has informed KGS group, the promoter of the project, about its decision cancelling the permission.

Union environment minister Prakash Javadekar said the Centre had never favoured the controversial airport project and added no sanction had been given since the new government had assumed office last year.

The project also has failed to get clearance from the Union defence ministry. With the latest development, the future of the Rs 2,000-crore project has become uncertain.

Earlier, the defence ministry had withdrawn the no-objection certificate (NOC) for the project on May 8 in the backdrop of the National Green Tribunal (NGT) cancelling the environment clearance granted to the project.

The aviation ministry took the decision in the wake of the objections raised by both the ministries.

During the UPA tenure, both ministries had given their nod to the project.

The proposed project is facing stiff resistance from the locals of Aranmula village as it would badly affect the ecological balance of the region.

The village had been listed in the UN Heritage projects, as it is recognised for its traditional Aranmula mirror and the age-old temple.

Except the Congress, almost all parties had been strongly opposing the project as it would deplete the water resources and destroy hundreds of acres of paddy.

The RSS and the BJP leadership of the district have been backing the local agitation against the project. An organisation, ‘Aranmula Heritage Village Protection Action Council, was formed to oppose the project.

Couple of years ago, KGS Group managing director Gigi George announced the Phase-I of the project would be operational by December 2015. Recently, the company said the Prime Minister Narendra Modi would lay the foundation stone for the project soon.

The Chennai bench of the NGT had cancelled the environment clearance, and had ordered the KGS Group to stop all construction activities taking place at the  site.

The apex court’s bench had cancelled the environment clearance based on four grounds.

The prime reason being the incompetency of Enviro Care, the agency which had done the environmental impact study of the proposed project.

The airport project, located in central Kerala, went into controversy as the famous Aranmula Sree Parthasarathy temple is located in the vicinity of the project.

This has created a strong resistance from the public, especially from the Hindu devotees. The issue was a major campaign issue during the 2014 Lok  Sabha elections.

In  April 2013, the National Green Tribunal had granted an interim stay on the project, banning any construction at the site. It also stayed the Kerala government’s order to convert 500 acres of agricultural land for industrial purpose .

The Kerala government has 10 per cent stake in the KGS Aranmula International Airport Limited, which is the promoter of the Rs 2000 crore or Rs 20 billion airport project. 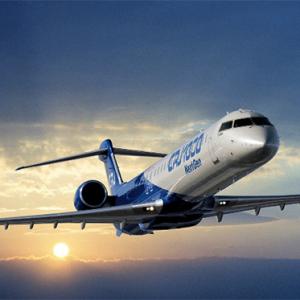