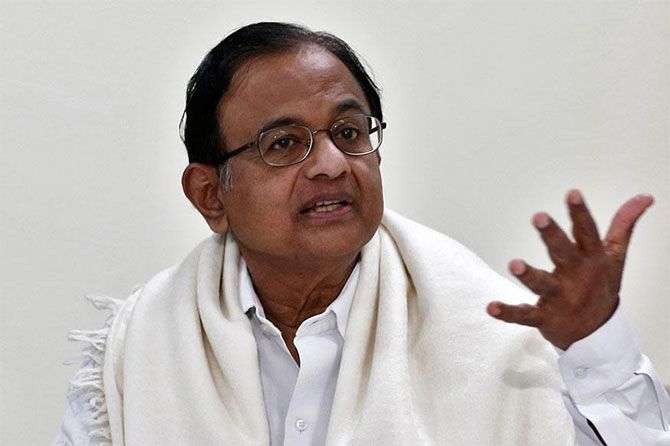 The Enforcement Directorate on Monday filed a status report in the Supreme Court regarding violation of the Foreign Investment Promotion Board (FIPB) while stating the alleged role of former Finance Minister P Chidambaram in the Aircel-Maxis case.

The apex court fixed the matter for further hearing on May 2.

Swamy was also asked whether Chidambaram knew that the limit was Rs 600 crore (Rs 6 billion).

Earlier in February, the Enforcement Directorate had moved the apex court against the special court's order in the case, which discharged Maran brothers and other accused without furnishing the bail bond properly.

The Enforcement Directorate had also urged the apex court not to release the properties attached in the case.

Earlier, Swamy presented his case of an illegality committed by Chidambaram in granting FIPB clearance to the Rs 3,500 crore (Rs 35 billion) deal in 2006.

A Delhi court had earlier in February discharged former communications minister Dayanidhi Maran and his brother Kalanithi Maran after it found insufficient evidence to prosecute them.

Maran brothers were accused by the investigating agencies of helping Malaysian group Maxis to acquire Aircel in exchange for a kickback of approximately Rs 700 crore (Rs 7 billion).

The Central Bureau of investigation (CBI) Court had on December 19 last year deferred pronouncing its orders against Maran brothers and others to December 22.

A special 2G court had earlier on September 17 last year dismissed the applications filed by the ex-telecom minister and his brother, challenging its jurisdiction to try the Aircel-Maxis deal case in which they have been summoned as accused.

Pronouncing the order, the court had then said, "There is no manner of doubt that by the standard of subject matter and periodicity of alleged crime, the case fairly/squarely falls within the description/ designation of the 2G scam."

The Maran brothers challenged the jurisdiction of the special 2G court in both cases lodged by the Enforcement Directorate and the CBI.