Indian-American hotelier Sant Singh Chatwal has entered into a global agreement with Wyndham Hotel Groups under which the latter will have exclusive rights to franchise and manage the Chatwal Group's Dream and Night boutique brands globally. 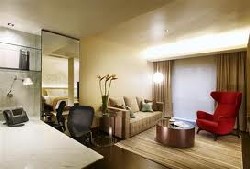 Alternatively, Chatwal Hotels and Resorts will help Wyndham, a part of the Wyndham Worldwide family of companies, expand its business in India.

Addressing the international media on Wednesday evening at The Chatwal New York Hotel, Sant Singh Chatwal, the chairman and CEO of Chatwal Hotels and Resorts and Eric A Danziger, the president and chief executive officer of Wyndham Hotel Group, said the marriage will help their diverse brand portfolios and focus on meeting guests' needs with a hotel product for every kind of traveler - luxury to budget.

"The relationship with Wyndham will unlock the true potential of Dream and Night brands, which have proven their success in key markets like New York and Bangkok during the last six years and are keen to further expand globally," Chatwal said.

Chatwal Hotel Group has 11 hotels with 3,000 rooms in every block of midtown Manhattan of New York City, such as The President, Time, Night, Hilton Garden, Dream Downtown and Hamptons.

In addition, it has hotels in Bangkok and Cochin, while the art-deco inspired Dream South Beach is getting ready in Miami Beach in Florida.

Wyndham Hotel Groups is considered the largest hotel group in the world, with 7,200 hotels in 67 countries and 15 brands under its belt.

Wyndham has just 26 hotels in India compared to 400 in China.

Chatwal Hotels will help Wyndham set up classy hotels in major cities and tourist resorts where the room rent would be $100 (Rs 4,500) per night as against the prevailing market rate of $250 to $500 per night in luxury hotels.

"In India, there are hotels with five stars or no star," said Chatwal.

"We want to set up lifestyle hotels in India to target the young Indian professionals and international guests who look for comfort and care."

Though Wyndham is the largest chain with consumers, leaders of hotels and owners endowed with opportunity to create hotels from budget to high-end, what was missing were lifestyle hotels.

"We will now expand brands in key business and leisure markets around the globe," said Danziger.

Wyndham, being a publicly listed company, has several compliances, filings and regulations to follow in this regard.

There are only 100,000 rooms available across India, compared to 1 million rooms in China.

Orlando in Florida and Las Vegas combined together has more rooms than the whole of India.

"We did tie up with nine sites there and it takes four to five years to complete a hotel, what with 120 clearances," Chatwal said.

"We planned a flagship 200-room Five Star Dream Hotel in Jaipur, but it's progressing slowly due to various reasons. There is a demand for additional 100,000 rooms immediately in India. Our group along with Wyndham will set up 100 hotels from three star to five star in India in a phased manner."

For instance, Cochin has only 700 rooms but there are nine international flights operating to and from Cochin which has become a Southern hub for many airlines.

"There is a big vacuum in India in the hotel market," Chatwal said.

Similarly, there are only 500 rooms in Udaipur and the rate goes up to $1,000 a night. The city is on the international tourist map and due to demand, tourists stay in nearby cities and visit Udaipur.

There is a demand for three-star and budget hotels, Chatwal said. 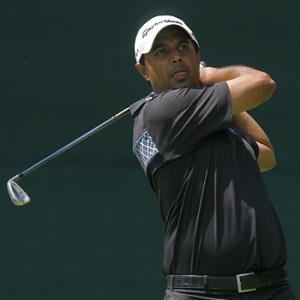