As many as 641 customers across 19 banks have been duped of Rs 1.3 crore using stolen debit card data 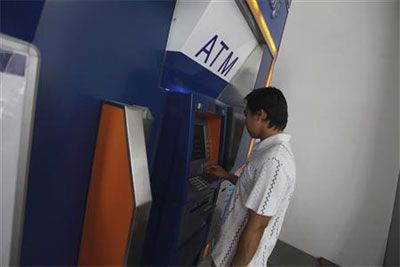 The government, on Friday, got cracking on the debit card fraud, asking the concerned banks and the Reserve Bank of India to submit report on the nature of security breach which compromised over 3.25 million cards and assured customers that strong action will be taken while their interests will not come to any harm.

"Have sought a report in the debit card issue. The idea is to contain the damage," Finance Minister Arun Jaitley told reporters.

According to the National Payments Corporation of India, as many as 641 customers across 19 banks have been duped of Rs 1.3 crore using stolen debit card data.

The government asked the Reserve Bank of India as well as the affected banks to provide details of the data breach and also preparedness to deal with cyber crimes.

Department of Economic Affairs Secretary Shaktikanta Das said a report has been sought on all aspects.

"There is no cause for alarm. The integrity of IT system of banks is robust and whatever action is required, the government will take promptly," he said.

The government, he said, is seized of the matter and reports have been called from RBI and banks to know what exactly has happened.

A preliminary input "sort of report" has already come in and the government is awaiting further details from the final report, he said.

"After getting the report... whatever action is required, necessary action will be taken by the government," he said.

Earlier, on the sidelines of a German government event, Das said: "Customers should not panic because these hackings are done through computer and trail can easily be reached...They should not be alarmed. Whatever action has to be taken, it will be done with speed."

Of the debit cards affected, about 26.5 lakh are on Visa and MasterCard platforms while 600,000 are on RuPay. The breach reportedly involved some 90 ATMs.

While Visa and MasterCard, in separate statements, have stated that their own networks had not been compromised, Hitachi subsidiary Hitachi Payment Services, which manages some of the ATM network processing, was investigating the matter, including whether there was a malware problem.

Das said that based on the report of RBI and banks, the government would exactly know what happened.

"And as you know, in the cyber world, the trail will always be there and it will be our effort to locate, to sort of trace the exact trail and locate the point of origin of where this has happened, and the government will definitely act on this," he said.