Presenting the the first Budget of the Modi 2.0 government Sitharaman said, 657 km of metro rail network has become operational across country while railway infrastructure will need Rs 50 lakh crore investment till 2030.

The finance minister said as the world's third largest aviation market, time is ripe to enter aircraft financing and leasing from Indian shores. 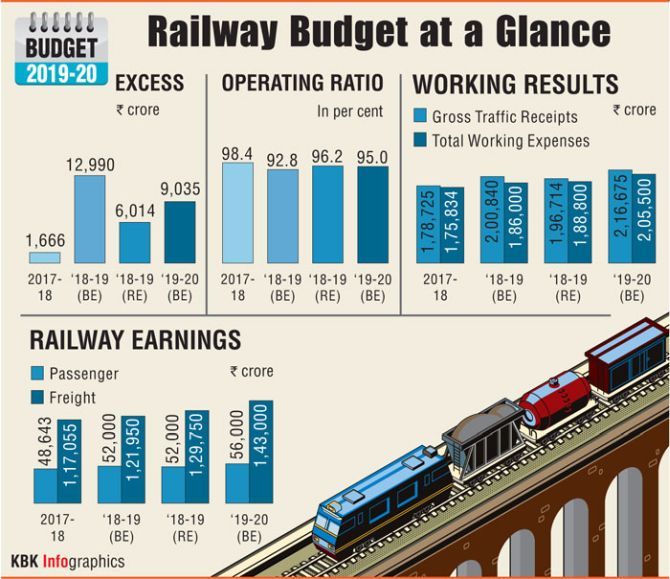 She further noted that last mile delivery stood out and asserted that the government's objective has been and continues to be "Mazboot desh ke liye mazboot nagarik".

"The target of $ 5 trillion economy in next few years is imminently achievable," she noted.

"We have shown by our deeds that principles of 'perform, reform, transform' can indeed succeed," she said adding that the NDA government in its first term had set the ball rolling for a 'New India' with strident commitment to fiscal consolidation.