The India-Australia series comes at the end of the calendar year, in a quarter when most brands are close to the end of their advertising budgets.
Urvi Malvania reports. For the India-Australia series that began Wednesday, November 21, Sony Pictures Network has signed up 11 brands for TV and 15 for the digital broadcast on its app SonyLiv.

Big consumer goods and cola brands have opted to stay away so far, preferring to wait and watch for audience interest in the series, before they jump on board.

And while the network is quiet on total inventory sold so far, experts say the ad rates are nowhere near their previous mark. Some estimate that the rates are nearly one-third that previous seasons have garnered.

While the network has refused to reveal targets or numbers, it has said it expects the series to bring in more than past tournaments given the fierce rivalry between the two nations.

SPN has also used the strong rivalry between India and Australia and the the fiery clashes on the field in the past as the theme for its campaign for the series, #ChodnaMat.

Despite the hype and expectations, a few media planners are sceptical.

They see the poor show in terms of ad rates and sponsors as an indicator that the network could fly well below its targets with the India-Australia matches.

"There is no dearth of sponsors as such. What is lacking is the value. For a tie like this, the rates are below par. For the tests, SPN has managed to get Rs 200,000 per ten seconds (average

Is this a sign of the waning power of cricket that has been been followed with a fanaticism rarely matched in any other sport?

Or is it just a case of poor timing?

The cricket series fusing into the festive season that lasts between October to December, having led brands to choose between the two opportunities.

The four Test matches will begin much earlier, at 5 am and the three ODIs will begin at 7.50 am and 8.50 am, depending on the venue.

All the matches are being played at odd timings and that is limiting viewership and thereby, interest among brands.

"The timings," Vineet Sodhani, CEO, Spatial Access, a media audit agency says, "are posing an issue. They are not prime time slots and hence are not conducive to good ad sales."

Timing is a concern even in terms of the scheduled time of the year for the series.

The India-Australia series comes at the end of the calendar year, in a quarter when most brands are close to the end of their advertising budgets.

And this has impacted their involvement this time.

"We are at the end of the year and brands have limited marketing budgets. We already had the IPL where brands spent heavily, followed by the Asia Cup and the West Indies tour of India. The last one coincided with the festive season and hence the India-Australia tie is feeling the effects of post-festive period spending," explains Sodhani.

Many brands are also wary of the Test format given its dwindling interest among all except die-hard fans.

For instance, the recent 50-over format for the Asia Cup had many big brands such as Coca Cola, Hero Motors among others on board.

While it may not be a fair comparison given that the Asia Cup was played in India and had India-Pakistan matches that are always a big draw, it is an indicator that cricket still shines bright on the branding calendar.

And it may take just one close match this series for brands to get back in the game. 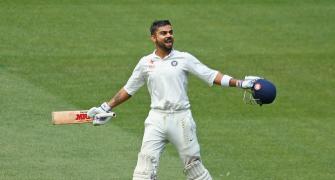 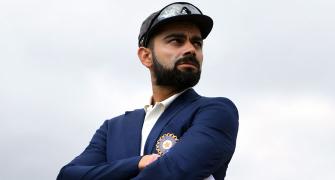 India's No 1 Test ranking on the line against Australia 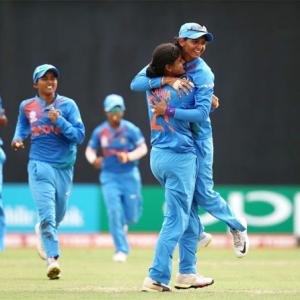