Early this year, Shamnad Basheer, a young intellectual property consultant, pointed out on his blog that a crucial paragraph in the report on patents by the RA Mashelkar panel was an exact copy of someone else's research.

This is what prompted the former director-general of the Council of Scientific and Industrial Research to withdraw the report in February.

Three months later, Basheer was at it again. As the government went into a tizzy over reports that some yoga postures had been patented in the US, he cleared the air by writing on his spicyipindia.blogspot.com that actually they were just some yoga accessories.

These are just two instances of how bloggers are contributing to India's transition to the new patent regime in which product patents are recognised as opposed to only process patents earlier.

Basheer, Sandeep Rathod, Firoz Ali and Varun Chhonker are among those whose blogs are being recognised for separating the wheat from the chaff in the flood of intellectual property (IP)-related information.

"In India IP is a recent trend. There isn't enough affordable and readily available information," Gopakumar Nair, a Mumbai-based patent expert, pointed out.

Basheer began with sporadic posts. "It began as a time-pass in 2005. However, I found that there is a lot of interest in this area and this year I roped in three others as regular contributors to the blog," said Basheer.

Of the three, one is a legal consultant in New York, another a former journalist based in Paris and the third an Australian who focuses on global IP strategies.

Basheer, who has also taken a law student from Chennai on board, claimed that his blog is a one-stop shop for IP information.

Rathod, an IP professional attached to a global generic pharmaceutical company, draws hundreds of readers from across the IP space to his genericpharmaceuticals.blogspot.com.

According to him, his posts, which are about international developments and their relevance to India, are attracting the attention of policy-makers, brokerage firms, IP professionals and patent attorneys.

"The patent controller does not have to make public the decisions of the patents office. This is where I found my blog to be useful. Most of my entries are about pharmaceutical-specific patent information in the US, Europe and India," Rathod said.

He also distances himself from his employer. "I am not bothered about the effects on any particular sector."

For Chennai-based patent attorney Ali, pharmapatents.blogspot.com is a platform to explain the nuances of patent laws to the common man. "I give analyses of critical issues as and when they pop up."

The author of a book on Indian patent laws uses the blog to keep its readers updated on the changes in Indian IP laws.

At least 500 readers flock everyday to patentcircle.blogspot.com to read the musings of Chhonker, a young IP consultant who specialises in IP litigation.

"I began blogging after I found that blogs in the US play a crucial role in understanding patent laws. Patent attorneys there discuss cases threadbare on the blogs and are even read by judges," he said. 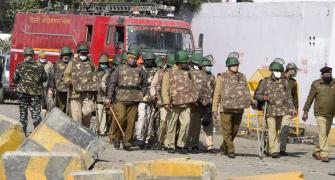