Sony Entertainment Television's (SET's) gamble on airing the fourth season of Kaun Banega Crorepati seems to have paid off, with the final episode drawing record viewership. 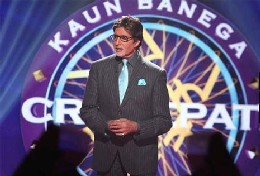 Kaun Banega Crorepati-4 (KBC-4), hosted by Amitabh Bachchan, got an average TV rating of 5.5 in its final episode, according to data from TVR agency aMap.

The closing episode had a peak rating of 7.4, it said. TVRs denote the percentage of viewers who watched the show for a stipulated period.

The ratings were better than those for Big Boss 4 on Thursday. Big Boss, telecast 9 pm onwards on Colors, scored an average 2.9 rating points.

Bachchan's magic rubbed on to audiences, as in the time band that KBC-4 was on air, it was the highest rated show among the programmes of other Hindi general entertainment channels (GECs), including STAR Plus, Colors, Zee TV and Imagine TV.

The ratings are significant, as the show's TVRs had seen a gradual decline over the years. During the first season in 2000, it had an average TVR of 14.1, a feat not repeated on Indian TV since then.

While the second edition notched an average TVR of 11.1, the third season, with Shah Rukh Khan as host, recorded an average of just 6.8, according to TAM, the TV audience monitoring agency.

A show with a TVR of four to five is considered a hit today due to the increase in the number of channels and viewership fragmentation. So, there is still steam in KBC, say industry observers.

Ajit Thakur, executive vice-president and business head, SET, said, "KBC-4 has in fact been bigger for us than 3 Idiots (the screen grosser). We have been steadily working on improving our viewership and the show created the right buzz to draw in viewers to the channel."

According to aMap data, KBC-4, in the opening episode, too, had got a better than average rating of five as compared to Khatron ke Khiladi-3, hosted by Priyanka Chopra, and Bigg Boss-4, hosted by Salman Khan, which had got average TVRs of 2.4 and 3.6, respectively, on their launch days.

Reality shows hosted by Bollywood actors on Hindi GECs are the current flavour. Industry sources say STAR Plus, Sony and Colors have together forked out Rs 100 crore just to get celebrities to anchor mega programmes.

While Akshay Kumar is hosting Masterchef on STAR plus, Salman Khan has been roped in by Colors to anchor the fourth edition of Big Boss. 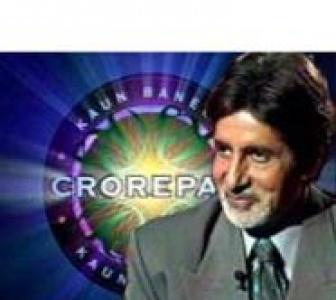 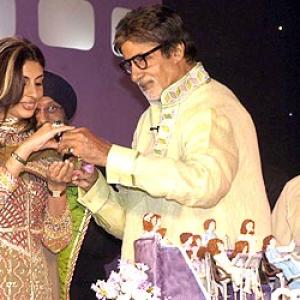