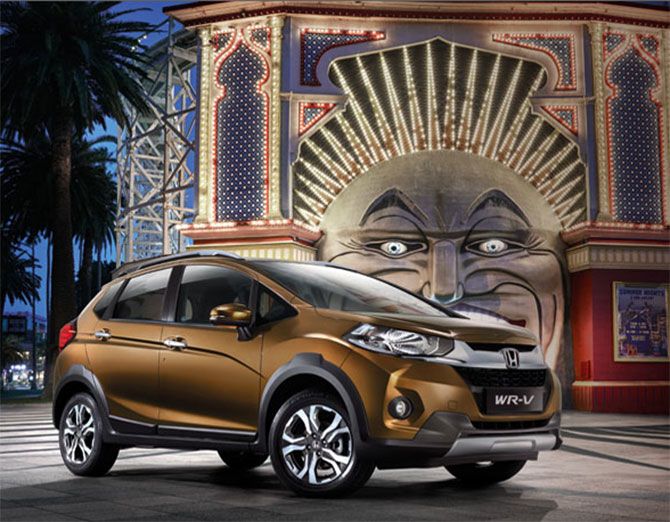 Apart from its stylish stance, Honda has added a lot of practical features in the new WR-V that can go a long way in satisfying those yearning for more in a car.

Honda has utilised the platform from the Jazz to create the WR-V, thus being able to increase length, wheelbase and ground clearance of the WR-V. It’s a lot jazzier than the Jazz, though. The WR-V comes with both petrol or diesel engine. If priced right, it could give cars like the Hyundai i20 Active, Toyota Etios Cross, Volkswagen Cross Polo, Mahindra KUV 100 and several other compact SUVs and crossovers a run for their money.

Honda has termed the WR-V as a “Sporty Lifestyle Vehicle”.

While the diesel engine is quite peppy with a turbo that kicks in as early as 1,500 rpm, and linear power delivery, the petrol engine seems to lose steam as the car is pushed into higher gears. It seems a tad under-powered. The front fascia features a sharp headlamp cluster with LED daytime running lamps and positioning lamps, the rear gets a polygonal design for the tail lamps that have been integrated into the boot lid.

The front gets horizontal lines, a wing-faced grille design and an imposing bumper with oodles of plastic cladding. The sides feature bold cladding all around with 16-inch alloys and roof rails to enhance its macho appeal. Honda will be offering the WR-V in six different colour schemes. 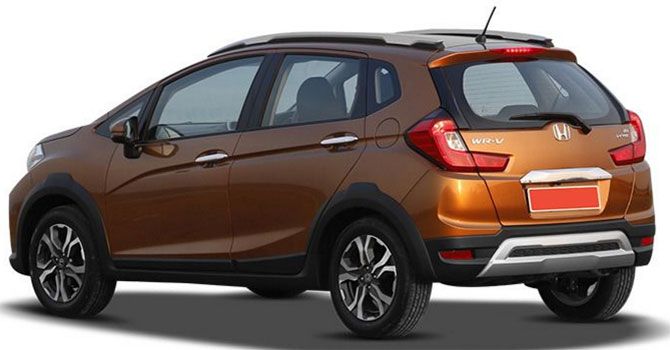 The Honda WR-V also features ample storage spaces and cubby holes along with some unique features like an adjustable driver side cup holder that doubles up as a smartphone holder.

The WR-V will also get a centre armrest with a storage space designed to fit tablets and iPads and also gets a USB plug-in  slot. Other features available on the new WR-V are USB input and HDMI input, apart from 12V power outlets.

The crossover will offer consumers 363 litres of cargo volume as well, which is a lot when compared to the current segment leaders.