Seeking an image makeover, the Tata Zica sedan is likely to get a new name, Sway.
Photographs: Rajesh Karkera/Rediff.com at the Auto Expo. 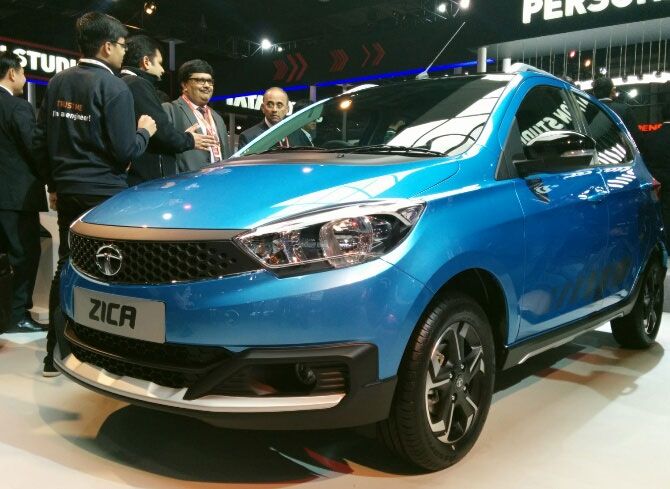 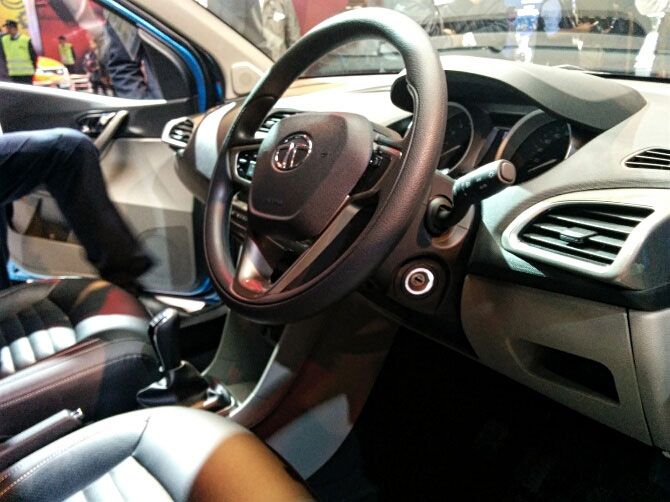 This includes the new Sway (Zica sedan), the production version of the Hexa (a new premium MUV) and the Nexon. 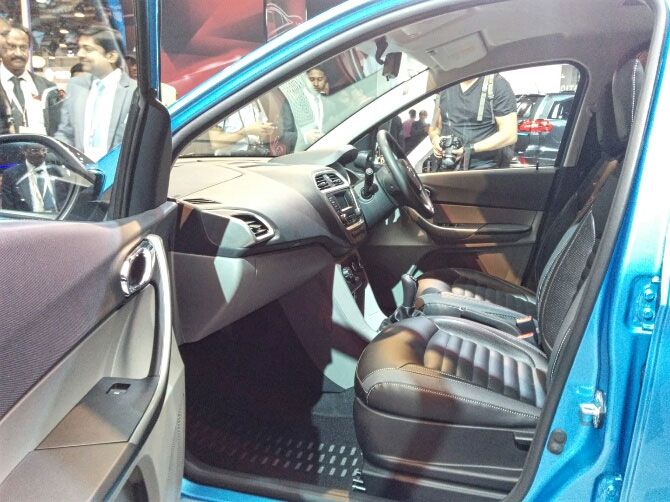 The Sway, which is the likely name for the Zica sedan has been codenamed as Kite 5. 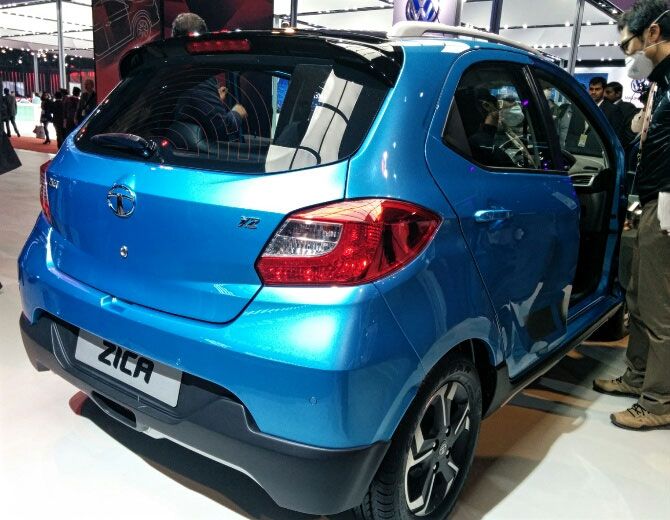 This is another compact sedan from Tata Motors that will be launched mostly in 2017. 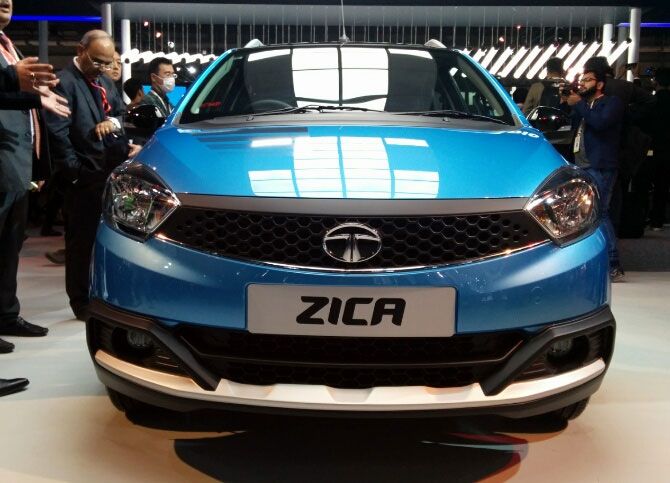 The Zica sedan will be launched with a 1.2-litre petrol engine and a 1.05-litre diesel engine. 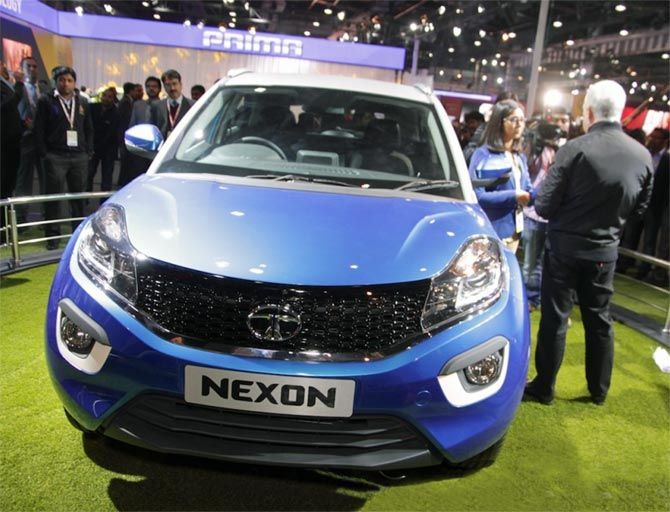 The Nexon is a compact SUV that will be under four metres.

This new SUV will is a five seater and again it is also based on the Impact design language.

The Nexon will be offered in petrol and diesel engine options. 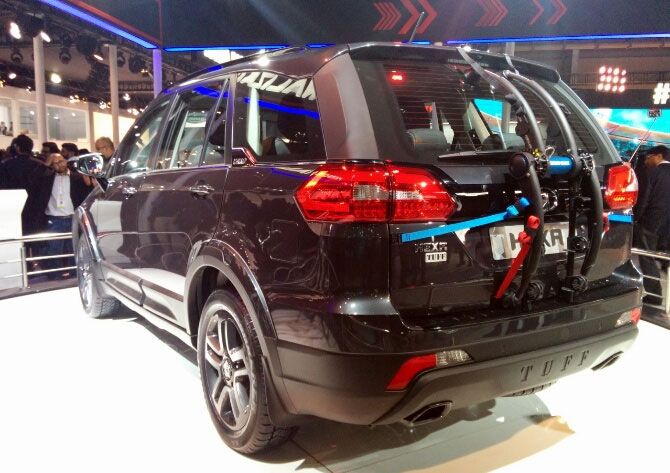 The Hexa will be launched sometime in 2016 itself and the car that was unveiled is the production version. 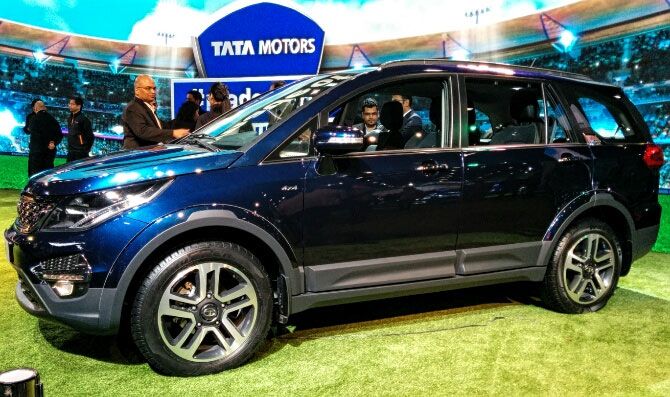 A treat for the speed enthusiasts will be the MUV, developed by Tata Motors and Jayem Automotive.

This performance version, represents an attitude of winning and staying ahead. 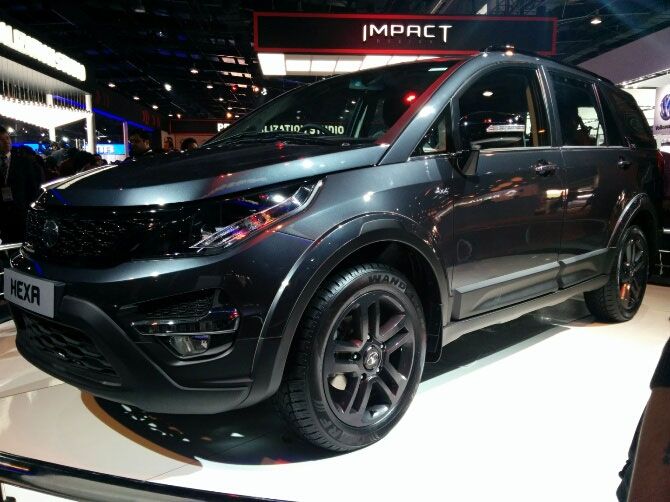 This attitude is embedded in the car’s aspects of design and driving dynamics.

The Hexa with stylized body kit comes equipped with the 1.2T Revotron engine, enhanced to 108bhp power and 170 Nm torque, delivering 0 to 100 km/h within 12 seconds. 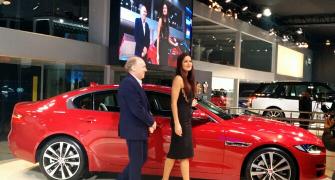 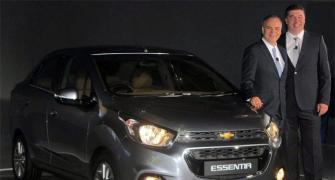 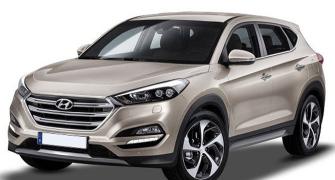 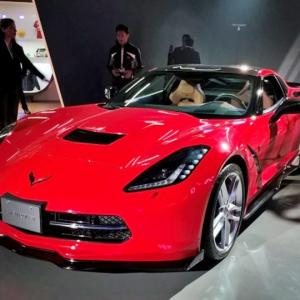