The mandate will help further the development agenda in these states, with good governance and policy reforms taking centrestage "Results of the Assembly Elections in key states, including Tamil Nadu, West Bengal, Assam and Kerala, have strengthened Prime Minister Narendra Modi who will now be able to speed up economic reforms with help of non-Congress friendly parties like All India Anna Dravida Munnetra Kazhagam and even Trinamool Congress," Assocham president Sunil Kanoria said.

"The National Democratic Alliance government will certainly find it easier to deal with Trinamool Congress and AIADMK in the Rajya Sabha for passage of crucial bills, mainly the long-pending and the most important, GST (Goods and Services Tax)," he added.

Ficci said that the mandate will help further the development agenda in these states, with good governance and policy reforms taking centrestage.

Scripting history, the BJP today stormed to power in Assam bagging a government in the north east for the first time dethroning Congress which also lost Kerala while Jayalalithaa and Mamata Banerjee retained power in Tamil Nadu and West Bengal with spectacular victories.

The Congress could take solace only in Puducherry where it managed to get a simple majority along with Dravida Munnetra Kazhagam to wrest power from AINRC headed by N Rangaswami, a former Congressman.

The results of the assembly elections saw the end of Congress rule in Assam where it had scored a hat-trick in the last elections under Tarun Gogoi. 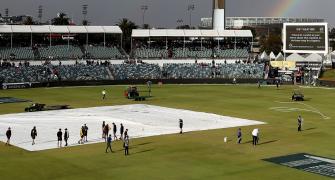