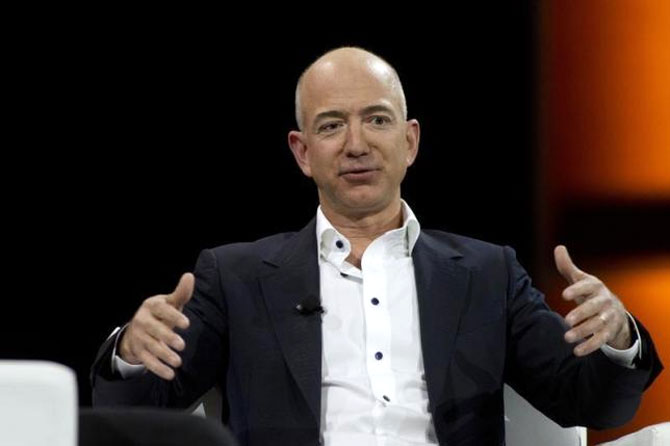 According to Bloomberg, Bezos' total net worth hit $65.05 billion on Thursday.

Bezos' rise is largely because of a recent spike in Amazon's stock price. The online retailer is now the fifth most valuable company in the US behind Apple, Alphabet, Microsoft and ExxonMobil.

However, Bloomberg also pointed out that Buffett's net worth took a hit this month after he donated $2.86 billion of his holdings in the company's stock to the Bill & Melinda Gates Foundation and four family charities, as part of his plan to give away nearly his entire fortune.

Bezos founded Amazon.com in 1994. It is said he wrote  the Amazon business plan while making a cross-country drive from New York to Seattle.