The Dharmadhikari committee on pay fixation and promotion issues in government-owned Air India says minimal pay increments should be given till the airline makes an operating profit.

The report, given to the Union civil aviation ministry on January 30, but made public only today, has made various other recommendations on reining in pay and the resulting anomalies.

It wants a rationalising of allowances paid to the pilots which differ for those of the erstwhile Indian Airlines. It wants an end to five-star accommodation to pilots, as an economy measure.

Also, layover allowance to pilots at foreign airports at actual expenditure, instead of the fixed $1,600-2,050. Benefits like free tickets to relatives of employees should also be reined in, it has said.

The Indian Pilots Guild, on strike for over 40 days, has already said termed the report as biased and prejudiced against pilots of the pre-merger AI.

Noting the huge losses ("unsustainable financial burden") made by AI, the panel has said annual increments should be capped at one per cent of revised basic pay till the company shows positive earnings before payments of interest, taxes and depreciation/amortisation.

Once that level is reached, no more than a three per cent yearly increment till operational profits are made.

Chaired by retired Supreme Court judge D M Dharmadhikari, the panel has suggested the airline end the practice of performance-linked incentive, as it breached the Department of Public Enterprises' guidelines.

It has suggested offering performing employees post-retirement extensions, additional foreign passage (tickets) and foreign postings as an incentive. It has suggested planning other incentives linked to profit, devising new parameters. 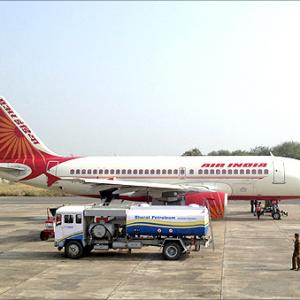 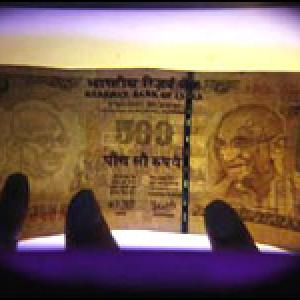 Show us the money, don't sit on it: Govt to rich PSUs