The fare for the inaugural flight is Rs 1 and the tariff for the first three months is Rs 999. 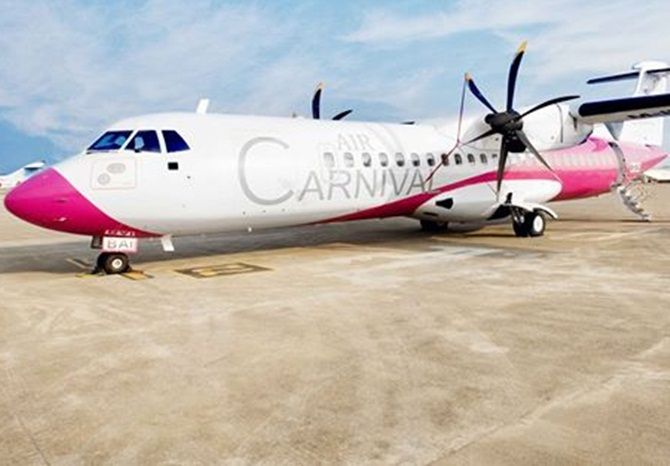 Air Carnival is set to take off on its maiden flight on Monday.

The fare for the inaugural flight is Rs 1 and the tariff for the first three months is Rs 999.

Air Carnival will start with one aircraft and add two more by October 2016.

Once the new aircraft are inducted, the airline will expand services to Bengaluru, Tirupati, Hubli and Thiruvananthapuram.

Singh said the airline will target  routes no airline was servicing.

Air Carnival is contemplating a service between Coimbatore and Tirupati and another one between Chennai and Mysore.

The promoter CMC group will infuse about $12-15 million initially to acquire five aircraft.

“Once we stablise, we will look at raising money from investors,” said Singh, who is confident the airline will break even in 30 months.

“This is the right time to start operations because demand is high and the price of fuel has declined,” Singh said.

The airline is targeting 80-85 per cent load and its target customers include first-time travellers, businessmen and leisure travellers.

“We need to target all types of travellers for the load we are targeting,” Singh said.

Air Carnival is the sister concern of the CMC (Coimbatore Marine College) group of institutions.

The south is becoming a hub for regional airlines. AirAsia, Pegasus, Fly Easy, Air Carnival, TruJet and Air Costa are all based in the south.