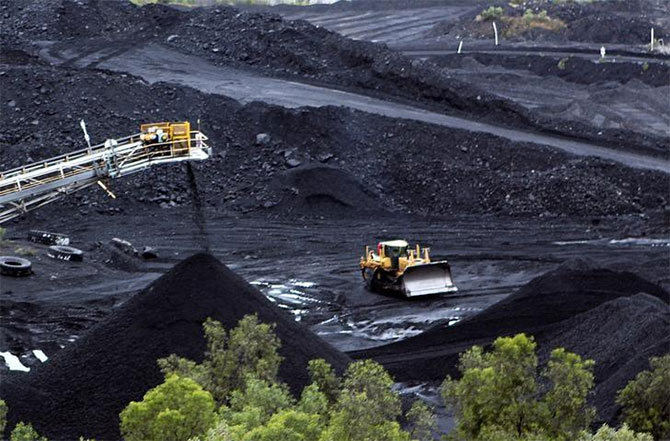 Adani group on Friday said Queensland premier Annastacia Palaszczuk has reaffirmed her government's commitment to the $16.5 billion Carmichael mine project in the Australian province.

"Adani Group, a global integrated infrastructure conglomerate, today hosted a high-level delegation led by Annastacia Palaszczuk, Premier of Queensland, Australia, at Mundra Port who reaffirmed Queensland government's commitment to the $16.5 billion Carmichael mine project," the group said in a statement.

The statement came a day after cricket legends Ian and Greg Chappell and few other prominent Australians urged Adani Group chairman Gautam Adani to abandon the mine project.

The group, however, rejected the demand and said it was "motivated" by a very small group of "misled" people.

Last year, the environment and heritage protection (EHP) department of the Queensland state issued the final environmental authority (EA) for Adani's Carmichael Mine project in the Galilee Basin.

"Adani group is confident of fulfilling the strict conditions placed on the EA, including extra requirements based on the land court's recommendations and ensure this mine will not pose an unacceptable risk to the environment," the statement said.

It said the delegation led by the Premier of Queensland visited Mundra Port and is scheduled to visit Kamuthi in Tamil Nadu to see the world's largest solar project, which generates 648 megawatts of green electricity.

"I am very happy to be here at Mundra and it is wonderful to see the port to solar plant to agri businesses of Adani and its associated infrastructure," Palaszczuk was quoted as saying in the statement.

"Indians are a great community in Australia and the Indo-Australian relations are growing from strength to strength.

The Australian prime minister will also be visiting India shortly and that shows the significance of the relationship," she said after the visit.

She said her visit to Mundra shows that Queensland supports the Adani project for its potential to create many jobs for the province and will also help boost the Indian economy.

"Queensland will also be part of the solar project of Adani and we are delighted to be part of Adani in that project too," she added.

Adani Group Chairman Gautam Adani said, "Our mining project will create economic prosperity and will also create thousands of jobs for the people of regional Queensland. The Carmichael mine will help bring energy security to millions of Indians who do not have access to electricity.

"The Adani group is committed to nation building projects in the energy and infrastructure space which will create economic and social benefits for people of India and Australia."

Source: PTI© Copyright 2020 PTI. All rights reserved. Republication or redistribution of PTI content, including by framing or similar means, is expressly prohibited without the prior written consent.
Related News: Gautam Adani, Carmichael Mine, Adani Group, Mundra, Queensland
SHARE THIS STORY
Print this article