News
Business
Movies
Sports
Cricket
Get Ahead
Money Tips
Shopping
Sign in  |  Create a Rediffmail account
Rediff.com  » Business » 1% Indians own 73% of its wealth

The wealth of India's richest 1 per cent increased by over Rs 20.9 lakh crore during 2017.

IMAGE: Image used for representational purpose only.
The who's who of India Inc line up to meet visiting US president Barack Obama in January 2015.
Photograph: PTI Photo.

The richest 1 per cent in India cornered 73 per cent of the wealth generated in the country last year, a new survey showed on Monday, presenting a worrying picture of rising income inequality.

Besides, 67 crore Indians comprising the population's poorest half saw their wealth rise by just 1 per cent, as per the survey released by the international rights group Oxfam hours before the start of the annual congregation of the rich and powerful from across the world in this resort town.

The situation appears even more grim globally, where 82 per cent of the wealth generated last year worldwide went to the 1 per cent, while 3.7 billion people that account for the poorest half of population saw no increase in their wealth.

The annual Oxfam survey is keenly watched and is discussed in detail at the World Economic Forum Annual Meeting where rising income and gender inequality is among the key talking points for the world leaders.

Last year's survey had showed that India's richest 1 per cent held a huge 58 per cent of the country's total wealth -- higher than the global figure of about 50 per cent.

This year's survey also showed that the wealth of India's richest 1 per cent increased by over Rs 20.9 lakh crore during 2017 -- an amount equivalent to total budget of the central government in 2017-18, Oxfam India said.

The report titled 'Reward Work, Not Wealth', Oxfam said, reveals how the global economy enables wealthy elite to accumulate vast wealth even as hundreds of millions of people struggle to survive on poverty pay.

"2017 saw an unprecedented increase in the number of billionaires, at a rate of one every two days. Billionaire wealth has risen by an average of 13 per cent a year since 2010 -- six times faster than the wages of ordinary workers, which have risen by a yearly average of just 2 per cent," it said.

In India, it will take 941 years for a minimum wage worker in rural India to earn what the top paid executive at a leading Indian garment firm earns in a year, the study found.

In the US, it takes slightly over one working day for a CEO to earn what an ordinary worker makes in a year, it added.

Citing results of the global survey of 70,000 people surveyed in 10 countries, Oxfam said it demonstrates a groundswell of support for action on inequality and nearly two-thirds of all respondents think the gap between the rich and the poor needs to be urgently addressed.

With Prime Minister Narendra Modi attending the WEF meeting in Davos, Oxfam India urged the Indian government to ensure that the country's economy works for everyone and not just the fortunate few.

It asked the government to promote inclusive growth by encouraging labour-intensive sectors that will create more jobs; investing in agriculture; and effectively implementing the social protection schemes that exist.

The survey respondents in countries like the US, UK and India also favoured 60 per cent pay cut for CEOs.

The key factors driving up rewards for shareholders and corporate bosses at the expense of workers' pay and conditions, Oxfam said, include erosion of workers' rights; excessive influence of big business over government policy-making; and the relentless corporate drive to minimise costs in order to maximise returns to shareholders.

About India, it said the country added 17 new billionaires last year, taking the total number to 101. The Indian billionaires' wealth increased to over Rs 20.7 lakh crore -- increasing during last year by Rs 4.89 lakh crore, an amount sufficient to finance 85 per cent of the all states' budget on health and education.

Oxfam India CEO Nisha Agrawal said it is alarming that the benefits of economic growth in India continue to concentrate in fewer hands.

"The billionaire boom is not a sign of a thriving economy but a symptom of a failing economic system. Those working hard, growing food for the country, building infrastructure, working in factories are struggling to fund their child's education, buy medicines for family members and manage two meals a day. The growing divide undermines democracy and promotes corruption and cronyism," she said.

The survey also showed that women workers often find themselves at the bottom of the heap and nine out of 10 billionaires are men.

In India, there are only four women billionaires and three of them inherited family wealth.

"It would take around 17.5 days for the best paid executive at a top Indian garment company to earn what a minimum wage worker in rural India will earn in their lifetime (presuming 50 years at work)," Oxfam said.

Source: PTI© Copyright 2020 PTI. All rights reserved. Republication or redistribution of PTI content, including by framing or similar means, is expressly prohibited without the prior written consent.
Related News: Oxfam, PTI Photo, who of India Inc, CEO, WEF
SHARE THIS STORY
Print this article 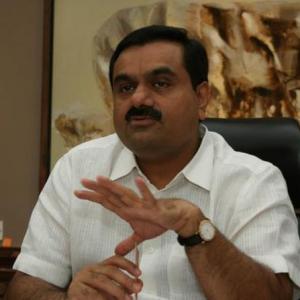 India's Super Rich got richer in 2017 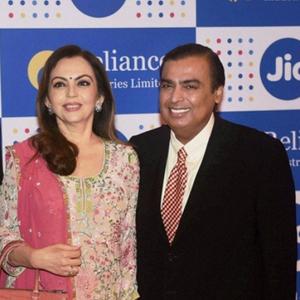