'Personally, I have reached that stage where I think material things can't give you any satisfaction.' 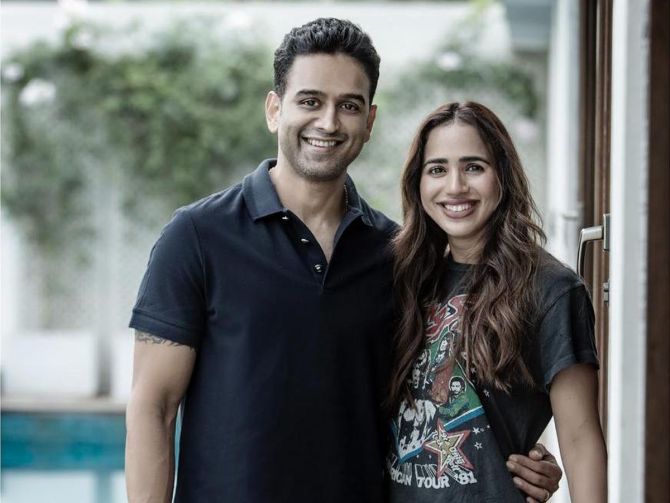 After building the country's largest and most-profitable pure-play brokerage, Nithin Kamath, founder and CEO of Zerodha, has to stave off pressure from investors who want a piece of the company.

Nithin and his brother Nikhil Kamath can take home a salary of up to Rs 100 crore (Rs 1 billion) each, according to a special resolution passed by the company's board that was reported lasted last week.

Seema Patil, Nithin's wife who has been promoted to whole-time director, can expect the same salary deal as well.

Nithin, in an interview to Samie Modak/Business Standard, explained why he doesn't want to take private equity money and why Zerodha is not being aggressive when it comes to acquiring new clients.

When the lockdown first hit, in our internal meetings we discussed the need to spend the year as a monk and that we need to be frugal. Then the tap just opened up. I don't think anyone could have predicted what happened last year. Everyone caught off guard.

We were lucky that we had scaled up before the lockdown. Other folks, who had to scale up, couldn't do it during the lockdown as procuring servers, getting lease lines up took extremely long.

Eventually, everyone figured a way out. There were not too many bad moments wherein a broker was down for multiple days. Some large brokers were down for a day or two but it potentially could have been a lot worse.

Yes. These are non-unique accounts. We added about three million plus, which could be 10-12 per cent of the (unique) market share.

Isn't that quite less?

As an ideology we don't offer any cashback or free stuff. The business of trading is a serious business and cashback isn't something that should lure people into trading or investing.

If we had to let go of our account opening fees or offered some cashback, we potentially could have grabbed a much bigger market share. But the crowd, which is not serious, brings in a lot of burden in terms of compliance and support. And at the end of the day may not even add anything meaningful in terms of revenues.

In a regulated business, you can't be a one-horse show. We have a vested interest in having our competition also become big. Like how the RBI has kept this restriction of 33 per cent on UPI transactions.

Similarly, in derivatives there are restrictions that no single broker can be more than 15 per cent of the open interest. There are such rules already built in. So you can't be the only broker in the country. It can't work like that.

Is that a reason why you are not going all out in terms of acquiring new customers?

The strategy has been the same from day one. That we will cater to serious folks. You don't want people who are clueless and not serious about trading or investing as then your support costs go up significantly. Then it is very tough to work as a zero-brokerage.

All the funding that happens in today's world is to acquire new customers. In the broking business, the customer acquisition cost is Rs 2,500-Rs 3,000 per customer. So if you open a million accounts that's Rs 300 crore (Rs 3 billion).

If these customers don't generate any revenue, you are losing money as a business immediately. It then doesn't make any business sense.

Unless you are in the business of raising valuations. We have consciously taken a call of not taking that path. So there is no point increasing the user base if they are not adding any revenue.

For us, not giving cashback during account opening is a good check to see if the person is serious or not.

What could be the active client base for Zerodha and the industry?

For us, the active base is 3.7 million out of the total of 5.5 million. It will be much less for the industry. Maybe single digits in terms of percentage. For the newer players it will be 20-30 per cent of the total client base.

Over 80 per cent of the business comes from active traders. The activity picks up when the market is volatile. So revenues are driven by volatility and the new account opening more by market behaviour or during large IPOs.

Is cost still a differentiating factor?

Today every broker is a discount broker technically. For us, the first six years, it was about products and transparency. At that time, brokers weren't transparent. Last four years is just the superior product that is helping us score over others.

As long as we can maintain some distance we can continue to do well. The day the distance disappears, we too might have to spend money in acquiring new customers.

The only reason we can get away by not spending money on customers is because the product does the talking. Like Tesla doesn't have to market, as it is a superior electric car. But the day when others make a similar car, then they will be forced to go and start marketing. As then it will become who markets better wins the race.

Do you then raise costs in the near future?

That option is on the table. The new peak margin norms are going to impact the industry in terms of trading volumes. For us to make up for the dip the only way to us is maybe increase the cost a little.

Today, it may not be required as we are doing well. Tomorrow, if there is a further draw down due to some regulation, we potentially will have to increase the cost by a little.

We can generate profits as we have crossed that barrier. At the current cost of Rs 20 per trade there is space for only three or four stock brokers to be profitable. So if we were to increase, I am sure the competition would increase too.

After a stellar FY21, what kind of growth can one expect this year?

It will largely depend on volatility. Will this year be as volatile as last year? My answer is no. So you could see a big dip in volumes.

As long as the market continues to go up, more people will come and open accounts. Revenue wise, this year will be at-best flat as compared to last year or we could even see a 20-30 per cent dip.

Robinhood in the US is valued at $40 billion. You operate exactly in the same space and are probably valued at $2 billion. Do you ever wonder why I didn't develop this product in the US?

While people look at the trading app, the underlying aspects are much more complex. What powers all this -- the speed, consistency and being able to scale.

The reason Google is Google is because the underlying tech that powers the search box. India is a lot more complex than the US for building that tech.

In the US, there is no concept of demat accounts, settlement etc. All of that is internal. A broker is not dependent on a third-party. In India, we are dependent on exchange infrastructure.

The US in terms of tech is a much simpler business. If we were to compare Zerodha to say Robinhood, the tech that has taken us to build the product might look similar user interface wise but our underlying tech is a lot more complex

If we were in the US, we could have done better than these guys. It is all about 'the right place and right time'. Today, there are five other brokers in the US who have a better looking platform than Robinhood. But Rohinhood was there when it mattered.

In the US when you hit it -- because it is such a large addressable market in terms of revenue pool -- your valuations also go up significantly. While India has a lot of population the people with money aren't really not too many.

As a broking business you can only make money if there is enough money with people.

Also, we have been doing this business out of passion. Valuations have never been a driving factor. If it was, we would have taken that journey of raising capital at ridiculous valuations and all of that. So to answer your question, it doesn't really bother me.

I am sure you must be getting a lot of offers. What do you do to stave them off?

I have met every single large investor. We have told them that we don't need the money for our business.

You can't just raise money because someone is giving you. We don't need money as we don't have customer acquisition costs like some of our peers.

The other selling point for private equities is why don't you take some money off the table. For us, we don't have large ambitions. None of us want to fly in a private jet or own a yacht. There isn't anything we can do with too much more money.

If you ask people who know me, nothing has changed in the last three years. I drive the same car, and stay in the same house. The money incrementally is not something that excites us.

Is it something to do with Bengaluru that the entrepreneurs are so modest?

I used to trade the market. A stock trader is as money chasing a guy as you can find on the planet. I had my material goals in life. Once I achieved them, I realised there is no end to this.

Wealth concentration is a problem. So we need to find ways to distribute wealth and make a difference. That's why we are giving most back through the Rainmatter Foundation. We are all accidental businessmen. We are not really business-business like.

Where do you see Zerodha say 5-10 years down the line?

While there is all this talk about India's per capita going to $4,000 in 10 years, in the short term I am pessimistic. With the way our assets are being valued while the economy is almost in a standstill, I think the markets are at elevated levels.

The short term is going to be a problem. But in the longer run growth is possible as there is a large millennial population. But one has to figure out how the millennials find jobs. Unless there are jobs for them it is tough for the country to grow.

Your tweet questioning the market rally drew a lot of flak.

That day I was disturbed. Someone I knew died. I was being stupid. I regretted it after writing it.

We all believe in conscious capitalism. Unfortunately, the mode of capitalism on the planet isn't that. It is very unconscious.

Do we need growth at any costs is the question one needs to ask, which is not being asked

Your salary move has created a lot of stir. But you have clarified the rationale.

This one was a proper blow-up. It kind of reached all parts of the country. The idea is not to take as much. Just have a resolution in place. That clarification, however, will go to a small group of people. 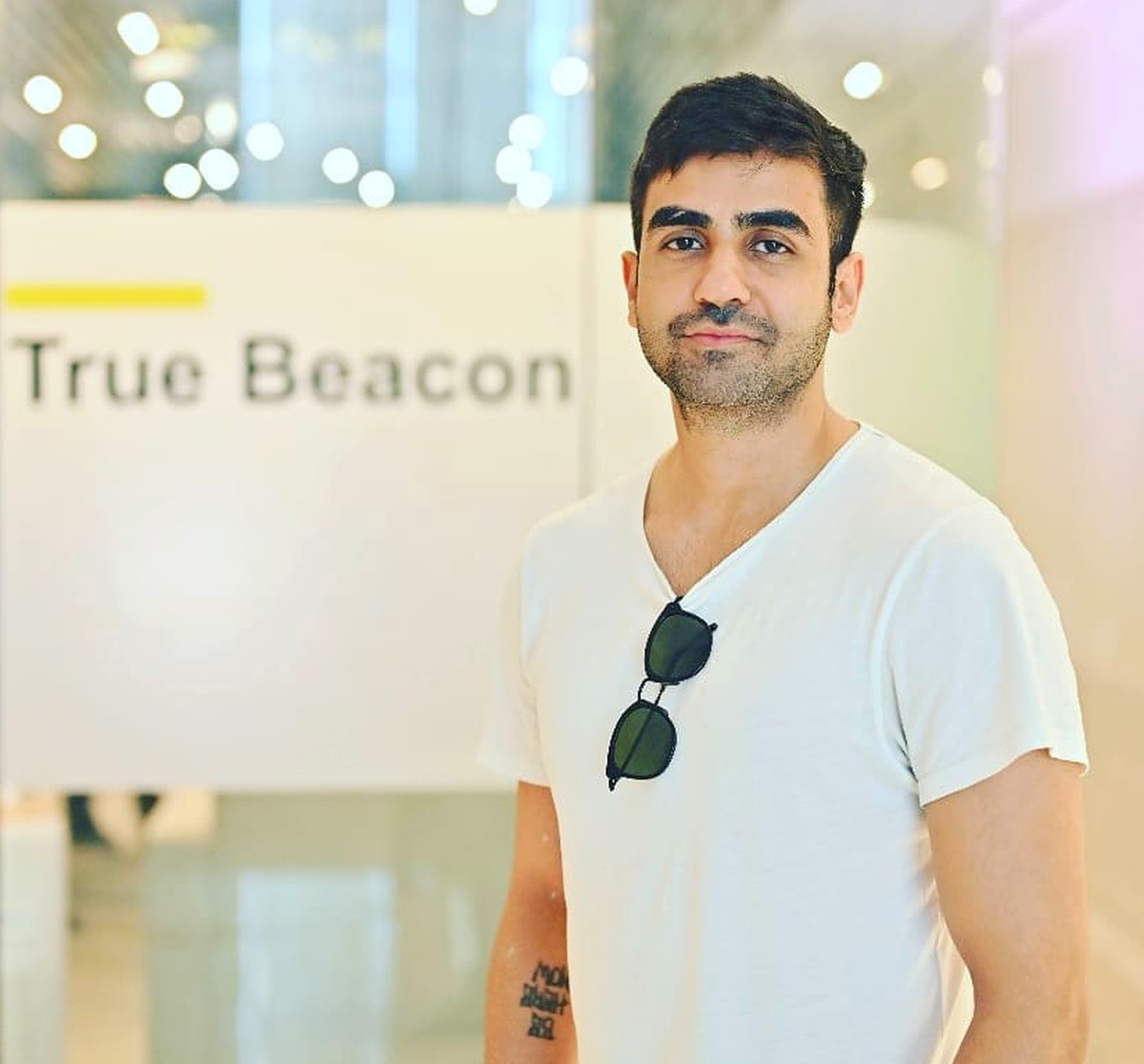 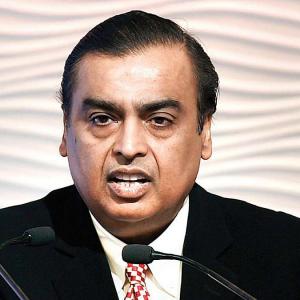