'Economy well placed to capitalise on recovery in 2021'

'The financial sector's performance in the first two quarters was a revelation.'
'It clearly showed the clean-up had been done in the past one-and-a-half years and that capital brought in was significantly stronger.' 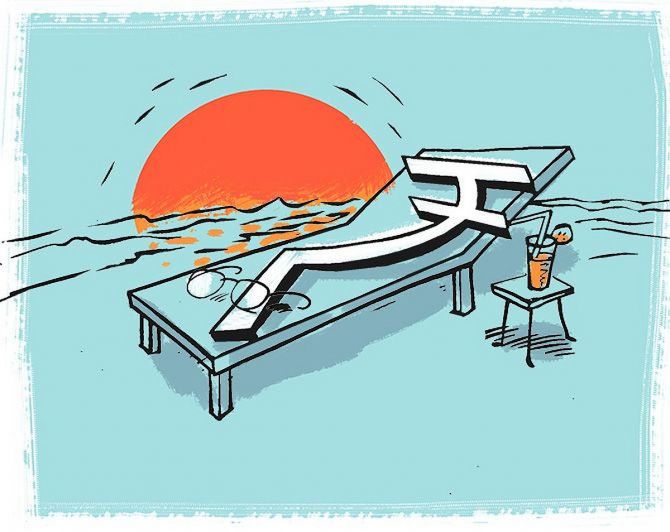 With better-than-expected performance by Corporate India in the second quarter, the economy is better placed to capitalise on recovery in 2021, believes veteran banker and chairman of the Reserve Bank of India's debt restructuring panel K V Kamath.

In an interview with Abhijit Lele, Kamath says India needs to be mindful of the pain that exists in the self-employed category and those with unsecured loans.

What is your assessment of the economy and the financial system?

When the nationwide lockdown was announced in March, there was a mood of despair.

But in less than two months, India got back on its feet, albeit wobbly.

The government took a clutch of measures, which held us in good stead.

The pain of the first quarter was palpable.

But June's surprising performance was a harbinger of better times to come.

The financial sector's performance, in particular, in the first two quarters was a revelation.

It clearly showed the clean-up had been done in the past one-and-a-half years and that capital brought in was significantly stronger.

The economy is well placed to capitalise on recovery in 2021.

What is your reading on the corporate sector and the work done by the government?

The highlight of the September quarter was Corporate India finding its feet quicker than anticipated.

It was at 90 per cent-plus capacity utilisation.

Also, retail customers seemed to have held up well in the second quarter.

The big takeaway for me was the government's outreach.

It clearly showed it had done its job.

A pandemic will always throw up challenges.

Sectors like manufacturing and hospitality were under stress and we expected the pain to persist.

Still others did well, like agriculture, information technology, and pharmaceutical.

You said Corporate India's performance was better than expected. What helped in these trying times?

Corporate India adapted to the new normal and learned to recalibrate by performing at higher levels of productivity and efficiency.

Lessons learned will be put into practice.

The shift in retail behaviour, too, saw customers embrace the change.

What role did digital play?

Covid pushed individuals and corporates over the technology tipping point.

They harnessed the digital transformation of the Covid era.

Digital emerged on the winning side and was embraced.

There was increasing relevance of the unified payments interface growing in the 'phygital' world, combining the physical and digital space in a post-Covid era.

While the maturity to operate in a digital environment is appreciated, many issues came to fore like capacity of platforms to deal with sudden increase in volumes.

Do banks need to enhance capacity?

The digital platform, covering aspects like connectivity, bandwidth and its costs, for the banking and the financial sector is broad and deep.

No one complained about the bandwidth in nine months or hiked its cost.

There is affordable bandwidth, which is also scalable.

Every bank can scale up its digital play and provide customer service.

There will be competition from technology-enabled financial services players who could be leveraging on one another.

Banks will be responsible for banking services and a technology player will provide some other service in the value chain.

The revenue model of each is different.

I do not see a problem.

Any bank or partner can get along.

It is what value you bring to the table which will be a determining factor, rather than the technology itself.

The cost of technology has come down sharply in 25 years.

The question of affordability is redundant.

Whatever capital you have is more than enough for technology play.

Moving to the lending side of business, banks are focusing more on the retail segment, at a time when risks of slippages are building up.
The visibility of improvement in earnings for households in the medium term looks blurred. How does one deal with such a paradox?

If you look at Corporate India, it is generating enough cash to meet its expansion needs.

So banks will look at increasing focus on retail credit.

The corporate side of credit will come with longer term money.

In the interim, you could have increase in risks in terms of retail assets.

We will have to cautiously monitor numbers over the next few quarters.

There is residual pain, especially by the self-employed and unsecured borrowers.

We will have to see how their life plays out in the next six months. 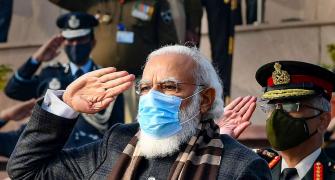 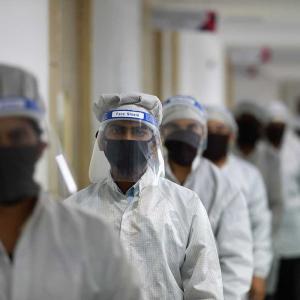