News
Business
Movies
Sports
Cricket
Get Ahead
Money Tips
Shopping
Sign in  |  Create a Rediffmail account
Rediff.com  » Business » Why BJP's landslide victory in UP will not spur reforms

If the Modi government’s approach to economic policy making is any indication, expectations of a sudden spurt in economic reforms after the assembly election results appear to be grossly misplaced.

This is because the BJP government has become more circumspect and defensive in its approach to big reforms that would be seen as benefitting business, says A K Bhattacharya. 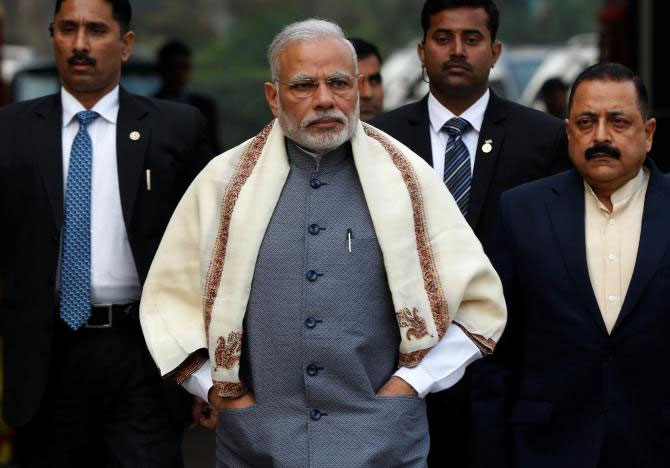 The famous charge of the Congress, that it was a “suit-boot ki sarkar”, had visibly unnerved the Modi government. Photograph: Adnan Abidi/Reuters.

Expectations from the Narendra Modi government have skyrocketed after the massive electoral mandate the Bharatiya Janata Party received in the assembly elections in India’s largest and politically most influential state, Uttar Pradesh.

Business leaders are now hoping that the pace of economic reforms would gain fresh momentum. Many stock market players are optimistic of the benchmark indices rising to new highs.

Economic analysts, too, are predicting that a politically emboldened government at the Centre would soon roll out the much-delayed labour reforms, fulfil the promise of privatising at least the unviable public sector undertakings, address the twin balance sheet problems of indebted infrastructure companies and the rising non-performing assets of banks, and perhaps revive efforts to solve the knotty issue of amending the land acquisition law.

With these reforms and the progress already made in passing the bankruptcy law as well as meeting the new deadline of July 1 for rolling out the goods and services tax (GST), the Indian economy, according to such analysts, may well be on a long road of sustained recovery.

All this is understandable and such expectations may well be fulfilled. But there is no harm in conducting a reality check.

It, therefore, would be useful to assess if these expectations are merely outpourings of an overtly optimistic industry and market players or whether these expectations are based on a correct reading of how the Modi government views the challenges of resolving problems of industry or initiating fresh reforms to improve the pace of development and growth.

If the last 30 months of the Modi government’s approach to economic policy making is any indication, expectations of a sudden spurt in economic reforms after the assembly election results appear to be grossly misplaced.

This is because the BJP government has become more circumspect and defensive in its approach to big reforms that would be seen as benefitting business.

This cautious approach seems to be an outcome of the strong political resistance it faced during its early attempts at policy changes, like amending the land acquisition law or allowing foreign investment in retail.

Remember that the Modi government’s unsuccessful attempt at relaxing the land acquisition law had provoked the Opposition parties to label it as pro-business, which was immediately interpreted in popular political discourse as being anti-poor.

Add to this the BJP’s realisation that it did not have the requisite majority in the Rajya Sabha to get important legislation passed on its own strength.

And soon the party became reluctant to spend its political capital on reforms that might be used by the Opposition as an indication of its being close and friendly with big business.

Instead, it has attempted policy changes only after ensuring political consensus across party lines, even though this has resulted in a relatively slow pace of reforms.

This is borne out by its approach to finalising GST after accepting many compromises and changes suggested by the Opposition parties or allowing foreign investment in retail in small doses in the last few months.

Almost simultaneously, the government has shifted its policy focus to rural India and the poor. The last two Budgets of the Union government are testimony to this shift.

Yes, there have been many pro-industry steps, but more salient and high-profile have been the many schemes and increased outlays for rural India and the poor people.

More money for toilets in villages and gas supplies to the rural poor at concessional tariffs has received greater attention than tax rationalisation for big business.

You might argue that demonetisation was a big-bang policy change, but remember that this was packaged and presented as a step to benefit the poor and penalise the rich who had amassed black money and kept them in high-denomination currency notes of Rs 500 and Rs 1,000.

By declaring these notes legally invalid, the government told the nation that it was an attack on black money and a move towards increased digital transactions to reduce the use of cash and bring more entities within the framework of the formal economy.

In short, the BJP leaders during the election campaign in Uttar Pradesh justified demonetisation as a move against the rich. In contrast, the same leaders talked about their poll promise of a debt waiver for all farmers in the state and provision of future loans to them at zero interest rate.

A charitable explanation of such an approach would be that the Modi government believes in simultaneous roll-out of both economic reforms to benefit industry and schemes aimed at helping rural India and redistributing resources among the poor.

Politically, such a strategy makes sense. But what does not make sense is the expectation or the logic of a spurt in big-bang reforms after the massive verdict of the Uttar Pradesh elections in favour of the BJP.

What has changed after the elections that the Modi government should depart from its earlier approach to reforms? Its strength in the Rajya Sabha will get better only by the middle of next year, not now.

So, why should it plan an amendment to the land acquisition law now? Why should it privatise Air India or sell it to a private sector company and be accused of being friendly with big business? Or why should it actively pursue the idea of a bad bank that would only bail out some big, indebted promoters?

A conventional argument would be that such steps would be needed to revive investment and boost growth. And if the government cannot take such risks now, when will it do so for the sake of the Indian economy?

The short answer to this argument is that after tasting the UP victory with its pro-poor image and a package of promises for rural India, it would prefer to move on reforms at its earlier pace till at least 2019 when the next general elections are due and press ahead with more pro-poor schemes.

So, there may be no brakes on reforms, but no big burst of reforms either. 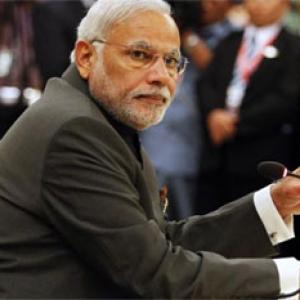 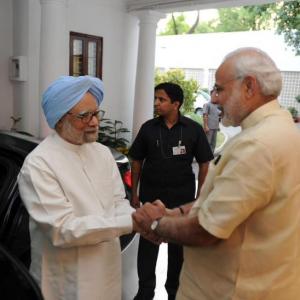 Why Manmohan Singh turned his back on reforms