News
Business
Movies
Sports
Cricket
Get Ahead
Money Tips
Shopping
Sign in  |  Create a Rediffmail account
Rediff.com  » Business » The steam has run out

It is too late in the government’s term for it to pull its usual trick of blaming the last guys.

Especially given the data are quite clear that the economy’s revival began during the last government’s tenure; and its new slowdown has begun under this government’s watch, says Mihir S Sharma.

There is now little doubt that the economy has lost momentum over the past year. The latest figures from the Central Statistics Office are hard to ignore.

Several points are worth noting. Not only do these figures show a slowdown at the yearly level, but even within the year, across quarters, a slowdown appears to be evident.

Here are the relevant quarterly figures for growth (in gross value added at basic prices, adjusted for base year 2011-12).

It is clear, after an inspection of these figures, exactly how irresponsible the act of demonetisation was. It threw a spanner in the works of an engine that was already sputtering.

Nobody expects the first-order effects of even as economically traumatic an event as demonetisation to last forever. However, the effect of the policy -- as well as what it revealed about the quality of policy-making at the highest levels in India -- on investment intentions requires more study.

Which brings us to the second relevant point: That investment in India is in a crisis.

There is no question that private investment is struggling.

How long will the government persist with this failed policy?

What needs to be done in order to revive investment?

Reforms to banks in order to clean up their balance sheets and to get credit flowing again have long been pending.

The government has moved marginally in the right direction in the past few months, by giving the Reserve Bank of India slightly more powers in the resolution process.

But, frankly, the energy being expended on the banking crisis is a fraction of what it should be.

But the credit pipeline is only half the problem. The larger problem is that investors themselves are not buying the rosy picture of the future that they are being sold. The government has to work harder on creating genuine policy clarity, uniformity, and stability on the ground.

This comes from two processes: First, cutting red tape -- not digitisation of compliance, not tweaking of regulation, but genuine deregulation through legislative and rule changes that leave investors less concerned about future expropriation.

And second, through expanding the independence of regulators and the capacity of the judicial system. On this latter front, the government has actually gone backwards. It is no surprise that investors are failing to step up the way we need them to.

Essentially, the Modi government has been shockingly dilatory on important structural reform. This is not to say that the GST and the bankruptcy bill, although both severely weakened, are not important changes.

But the list of reforms avoided or undertaken in name only is far too large.

Labour reform has been “left to the states”.

Ending restrictive agricultural marketing has been avoided by instead touting “digitisation” of mandis -- which, a few success stories apart, has simply not created the efficiencies down the supply chain that are needed.

Energy has been expended on other issues -- LED bulbs, natural gas connections, and “digital payments” -- while the basic changes needed to restore dynamism to India’s economy are ignored.

Is it too soon to declare Mr Modi’s first term a failure? Of course it is.

But let us, for our final point, examine the new CSO data for growth rates since 2011-12 and see what they tell us.

What story does this tell us? It tells us that we touched bottom in 2012-13, UPA-II’s worst year. After Pranab Mukherjee moved into Rashtrapati Bhavan, however, a revival began. The momentum of that revival, together with the benefit of lower oil prices, took us as far as last year. But the steam has run out.

It must be held accountable for its failure to address a bank crisis; its failure to deal with pending structural reform; and for self-inflicted harm like demonetisation.

But the tragedy, of course, is that the numbers mean little to this government. As Arun Shourie famously said, it manages the headlines rather than the economy.

So here’s my suggestion: To refocus the government’s attention on the slowdown that it has caused and for which it is exclusively responsible, let’s start putting it in the headlines. 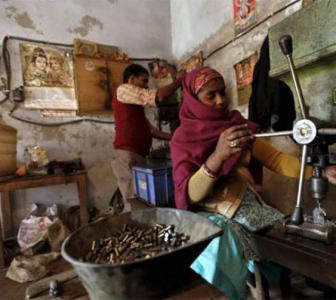 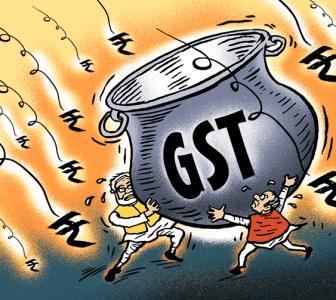 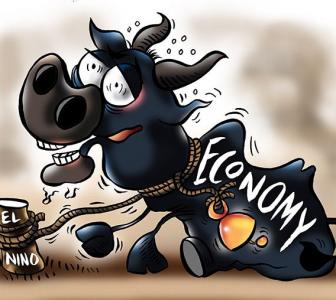