'There is a certain irony embedded in this asymmetric geographical distribution of FDI because most state leaders have shed their inhibitions about promoting 'business' and have understood its virtues as a more cost-effective way of replacing the mai-baap welfarism that passed for economic policy till the early nineties', says Kanika Datta.
Illustration: Dominic Xavier/Rediff.com

The 30 point high jump up the Doing Business rankings masks the essential shallowness of the index as an indicator of the investment climate in the broad diversity of India.

In terms of foreign direct investment, the principal reason for the government's hawk-eye focus on this metric, it would be fair to say that the index is skin deep.

The standard measure of success in attracting FDI is to track the aggregate inflows. But disaggregated data from the Department of Industrial Policy and Promotion, the entity that has worked hard to ensure India's promotion in 2017, shows that FDI is so unevenly distributed as to suggest that even the earlier low ranking flattered to deceive.

For a start, just two regions account for over half the FDI inflows between April 2000 and June 2017. These are Maharashtra (which includes Daman, Diu, Dadra and Nagar Haveli), Delhi, parts of Uttar Pradesh (presumably Noida, Ghaziabad), and Haryana (mainly Gurugram, no doubt).

No coincidence that the World Bank's 14-year-old index bases its metrics on doing business in Mumbai and Delhi.

FDI is also seen as the ultimate job creator for India's working class. But nearly a fourth (26 per cent) of FDI has flowed into white-collar sectors -- 18 per cent in services (banking, finance, insurance, R&D) and 8 per cent in computer software and hardware.

Construction, automobiles, hotels and tourism -- the kind of sectors that offer opportunities for blue collar jobs -- attracted between 5 per cent and 7 per cent.

Textiles, the labour-intensive industry that is transforming Bangladesh and Vietnam does not even find a mention among the top10 FDI sectors.

Taken in its geographical entirety, then, India isn't really a great place to do business -- even at rank 100.

Many would point to the fact that China's economic miracle was restricted to its east coast. But India's federal structure means that unlike China, the Centre's ability to dictate state economic policies is heavily circumscribed.

There is a certain irony embedded in this asymmetric geographical distribution of FDI because most major state leaders have shed their earlier inhibitions about promoting 'business' and have understood its virtues as a more cost-effective way of replacing the mai-baap welfarism that passed for economic policy till the early nineties.

Despite the risk of cronyism that taints any business friendly political leader (not always without reason), state chief ministers across the political spectrum now vie with each other to hold 'investment summits' (in abeyance since demonetisation, it is pertinent to point out).

These jamborees follow a standard pattern. A couple of significant businessmen (and a couple of hapless foreign representatives) are chivvied to attend; some make hyperbole-laden laudatory speeches about the investment climate in the state, the chief minister promises a business paradise, mind-boggling investment commitments are signed via memorandums of understanding, little of which ever metamorphose into ground reality.

Narendra Modi as Gujarat chief minister, displaying an awesome talent for event management, raised the annual state event to something akin to a stadium rock concert, a style he replicated in his initial months as prime minister.

Even West Bengal Chief Minister Mamata Banerjee, having won an astounding electoral victory by driving away the Tata Nano plant from the state, bestirred herself to harangue bemused businessmen who showed up for Kolkata's rickety events.

Mr Modi had sought to smoothen this investment skew with an internal Doing Business survey that ranked states on specific metrics. This creative exercise in constructive competitive federalism has, however, had limited success.

Some Opposition states chose to spot political shenanigans in the ranking -- Ms Banerjee in particular had a hissy fit over Bengal's middling ranking.

But the principal problem is an institutional one.

For most state administrations, attracting investment is a personalised, discretionary business in which the person and office of the chief minister is the single window for investors.

That's the real conundrum about doing business in India. 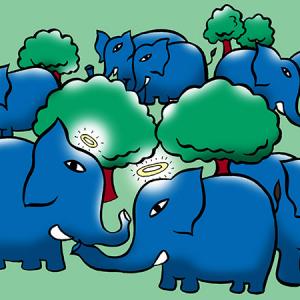