'It won't be easy to undo the damage that has been done to the economy by the lockdown and the solution will not come from two minute presentations,' observes Aakar Patel.
Illustration: Dominic Xavier/Rediff.com The news agency ANI reported a story with the headline: 'PM Modi taking input from top 50 officials to revive economy.'

The meeting was 90 minutes long and would have finance and commerce ministry officials making presentations on the situation.

If all 50 got a chance to give an input and nobody else spoke or asked questions, they would get less than two minutes each.

But it is likely that there would have been someone doing some sort of introduction to the meeting and setting up the agenda so it's unlikely that the per person time was two minutes.

Perhaps many of them did not get the opportunity to speak at all.

The headline says that the PM was looking to receive input from them so many would have said their piece.

What can be communicated in a couple of minutes?

Modi likes this sort of meeting.

The first time I met him, with Dileep Padgaonkar (who was then editor of The Times of India) and B G Verghese (once editor of the Hindustan Times), both now dead, for an Editors Guild report on the violence in 2002.

At that meeting, Modi called in all his secretaries, there were two dozen and perhaps more men sitting in rows to respond to us.

There were no ministers. That was and apparently still is Modi's style.

The question is what happens at such large meetings for input and what is taken away from them.

You would have a series of men saying extremely concise things.

And they would have to be prescriptive.

The problem is already known: The ANI story says that the meeting would find means of a 'speedy recovery of the economy which has witnessed a slowdown in recent quarters due to falling consumer demand.'

What would a two minute prescription be? It would be something like: 'The black money problem can be permanently solved by eliminating high value currency notes. We can force everyone to exchange their notes for smaller denominations and identify the black money sources. This will also end counterfeiting and reduce terrorism.'

Such a presentation would lack nuance and it would not contain detail.

There would not be enough time for this.

It would merely present some sort of solution, and if the solution looked like a permanent fix and particularly if it sounded original and innovative, it would meet approval.

This is the problem of decision making that is done on the basis of short and rapid input.

But when one asks 50 people to gather and give a series of short and sharp inputs it is clear that this is the preferred style of functioning.

I have written before about this manner of Modi's governance.

He has said in a very fine interview with Madhu Kishwar that he doesn't read files because he cannot govern through academic studies.

He wants his people to reduce the substance of issues to a two minute synopsis which he will digest and then decide.

The problem here is that some things cannot be reduced to a short presentation because they are very complex.

Many things are not clear. They are grey. Many details are not precise because there is not enough information or data.

Many times what the possible consequences of decisions will be cannot be understood without very thorough analysis.

The issue of black money was such a matter.

China relations is another as is Covid.

The effect of a two-month lockdown is also complex.

What it could do to the economy needs to be examined with great care and caution must be exercised before using such a blunt weapon as demonetisation or a total lockdown.

My intent here is not to be needlessly critical or to be contemptuous.

What Modi decides affects all of us and we must see what can be done in the best interest of our nation and its people at this time.

However, the decision making style needs to be examined and there is no running away from that.

Let me quote another report, this time from Saturday, July 18, in the Indian Express.

The story tells of the problems.

One is that at 8 pm on July 13, Karnataka ordered a lockdown from the following day and told industries to shut.

Companies including automobile manufacturers like Toyota told their workers to go home, informed vendors and issued a statement.

But the next evening, the government sent another circular saying manufacturers were exempt from the lockdown.

But the workers had already gone by then. One week's production has been lost.

Another problem was supply chains. Auto manufacturing does not all happen in one place.

It is only assembled at the main factory, but the components come from around the country.

There was a lockdown in some of the states meaning that even if the main assembly plant was exempt from lockdown or in a state with no lockdown, production would slow or stop.

There was no coordination to ensure that supply chains be kept going.

Similarly, companies could not access warehouses some of which were in lockdown.

Another problem was workers who were reluctant to return given the problems that they had faced during the first lockdown.

These are issues of detail and complexity.

They do not require decision making.

They require governance, meaning the hard work of making the state function efficiently.

It is true that India has always been a hard place to govern because it is chaotic and anarchic.

It will not be easy for us to undo the damage that has been done to the economy by the lockdown and the solution will not come from two minute presentations. 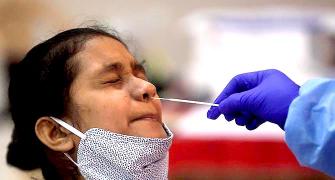 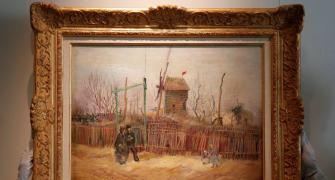