Notwithstanding the disappointing Select Panel report, the GST Bill can be salvaged with simple adjustments and the backing of stakeholders. 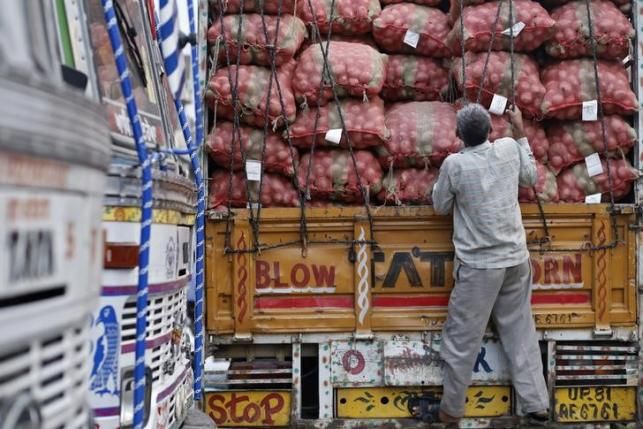 A labourer prepares to unload sacks of potatoes from a truck at a wholesale vegetable and fruit market in New Delhi. Photograph: Anindito Mukherjee/Reuters

The referral of the Constitution Amendment Bill for GST to the Rajya Sabha Select Panel had raised hopes that it would provide a balanced perspective, help build consensus and smoothen the passage of the Bill.

However, the Select Panel report is at best uninspiring and at worst, it has the potential to derail the process of GST implementation for an indefinite future.

The rejection of all the industry demands for modification to the Bill doesn't bode well for the future of GST.

It is a blow to Prime Minister Narendra Modi's vision of promoting investments and Make in India.

But all is not lost, and the GST reforms can still be salvaged with simple adjustments to the Bill, which would have the support of all stakeholders, including the Centre and the states, the business community, and taxpayers.

This would require urgent intervention by the Prime Minister himself. GST, in its current form, will not provide any boost to the gross domestic product (GDP), nor help revive the economy.

With the exclusion of important sectors such as electricity, real estate, petroleum and alcohol, tax cascading will continue, thereby discouraging investments and hurting the competitive position of domestic manufacturers.

It makes trading with your neighbours within the Indian federation a punishable offence, while rewarding trade with the world outside it.

Sectors such as real estate and alcohol are known to be opaque and are the key sources of black money.

GST would have provided an audit trail for better control and monitoring of these sectors.

Their exclusion from the GST will perpetuate illegal/unreported activities in these sectors.

The Centre recognises these flaws and their seriousness.

However, in the name of cooperative federalism, it had to concede to the demands of states, such as Gujarat and Tamil Nadu, to build consensus for the implementation of GST.

The Select Committee too, has chosen to retain the flaws, pursuant to the demands of the states.

The only demand the committee conceded was to enrich the revenue compensation to states in the fourth and fifth years of GST implementation. I

n the process, they have ignored the dissension of other stakeholders, including the Opposition parties without whose support the government might fail to secure two-thirds majority in the Rajya Sabha for the Bill's approval.

Even if the Bill gets approved in the Rajya Sabha, there is a possibility that some of the states, which are unhappy with the Bill, might refuse to ratify it in their respective state assemblies.

There is a fundamental technical flaw in the Bill in that it allows the dissenting states to continue with their current tax regimes without adopting the GST. T

he Bill defines GST as "any tax" on goods and services, which need not be the same as the harmonised GST recommended by the GST Council.

As a result, any dissenting state will have the option of renaming/relabelling its current tax system (VAT, sale, purchase, and entry taxes) as GST and continue with them.

This flaw was pointed out to the Select Committee by several experts and industry representatives, but it was still ignored.

What could the Select Panel have done under the circumstances? It had the opportunity to build consensus while keeping the hopes of a flawless GST alive.

All stakeholders unanimously support the basic concept of GST, while disagreeing with its specific design features (for example, whether electricity or petroleum should be included in the GST base and what the GST rate should be).

The panel should have deleted any specific design features of GST from the Constitution Bill and referred them to the GST Council for consideration.

The Constitution is not an instrument for the levy of tax or implementation of tax reforms.

It is an instrument to empower the governments to impose taxes and provide a broad framework for the exercise of those powers.

The governments should have the flexibility to choose the specific design features of GST (for example, what should be taxable and at what rate) outside the Constitution, reflecting the social, political and economic priorities of the day.

The Constitution should not encumber these choices, specially limiting them to second-best or third-grade options.

The panel could thus have accepted all of the worthy suggestions of the business community as well as the Opposition parties (for example, removal of one per cent tax; inclusion of petroleum, electricity, alcohol in the base).

To pacify the demands of the states, the panel could have referred all the design issues to the GST Council where the states have a dominant voice.

This way, the panel would have accepted the demands of all stakeholders.

Ideally, this is how the Constitution Amendment Bill should have been drafted ab initio, an enabling legislation, without codifying the specific features.

It can still be done and the GST can be salvaged but only through intervention at the highest level, that is by the Prime Minister.

The government should proactively table amendments to the Bill, accepting the principal demands of the Opposition to remove the flaws of the GST and referring these to the GST Council for consideration.

If the Centre and the states collectively choose to retain the flaws, then it would be pragmatic for the business community to accept them for the time-being, hoping that these would be addressed later, once there is a proper understanding of their ill effects.

Proceeding in this manner will disarm the Opposition in the Rajya Sabha, without alienating the states or other stakeholders.

This would facilitate speedy passage of the Bill and implementation of the much awaited GST reform in 2016.

(With inputs from Shalini Mathur) The author is senior advisor, EY India 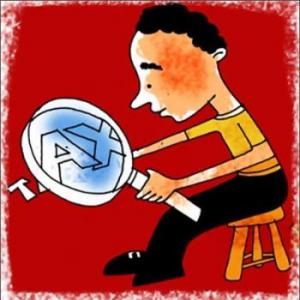