'We have not been able to use the potential of our location in the region and the world and our strength as a nation and an economy to establish an EU-like structure in South Asia,' points out Aakar Patel. IMAGE: Leaders of SAARC nations at the opening session of the 18th summit in Kathmandu. Photograph: Kind courtesy, SAARC

The European Union has the largest free trade zone in the world. The EU's single market has more than 500 million people in it and it has an economy that is 10 times the size of India's.

There is free movement of goods, capital and services.

French wine can be sold without borders in Italy, German cars in Spain and traders in England's mighty financial centre London can deal in securities across Europe.

The citizens of Poland and Portugal can move to London or Copenhagen freely and set up home and family there. This is a unique arrangement which has no parallel anywhere else on the planet.

The idea of the EU came about after the Second World War.

People thought that if the economies of the European nations were linked there would be fewer chances that they would go to war. And so the EU nations began to link themselves through the steel industries, which were critical for war production..

Gradually, they began integrating more and more of their interests till we have reached the point today when all of Europe resembles one nation with a federal structure.

Today most EU nations even have a common currency, the Euro. Italy has let go of the Lira, France the Franc and Germany the Deutschmark in adopting the Euro.

Though they speak different languages on the continent, the EU nations believe they have a common civilisational heritage. They share religious ties and cultural ones. There is also the romance of uniting the continent as had been done by the warrior Charlemagne or Charles the Great about 1,000 years ago.

The original idea, that of preventing war, appears to have worked because no European nation has gone to war with another in the 75 years since the closing of the Second World War.

The ancient enmity of France versus Germany has ended.

England is not required to see itself as a balancing force on the continent. And in that sense the EU is a good thing.

But what has also worked is the linking up of the economies. Nations that needed human capital and labour benefited from the movement of such assets through their borders.

About 20 years ago, after Poland was brought into the EU, the UK opened up its borders to Polish migrants. There are an estimated 3 million migrants in the UK today and there are 1 million Britons living in Europe, mostly in Spain.

And the EU continues to expand towards the east. It has a customs union with Turkey which has long sought EU membership with the claim that part of its country, the side in which Istanbul is, lies in Europe.

There are also expanding ties with former Soviet States.

All this has a lesson for India. We have not been able to use the potential of our location in the region and the world and our strength as a nation and an economy to establish an EU-like structure in South Asia.

It has a fifth of the world's population, but the key States and key economies here are only three: India, Bangladesh and Pakistan.

We have some limited free movement arrangements with Sri Lanka, Bhutan and Nepal, but none with the two other major States. It is fair to say that if one is a non-Indian, then it is easier to get a visa for Pakistan and vice versa.

On the matter of trade, our economies play second fiddle to nationalism. Even the very limited cross border trade with Pakistan gets shut down when there is an incident.

We seem happier when not having to deal with one another. The question, from a purely selfish Indian point of view is: does it benefit us to have an EU like arrangement within SAARC?

The answer is an obvious yes. A demand slowdown in India can be corrected by giving our manufacturers easier access to the markets of Pakistan and Bangladesh.

The quality and pricing of Indian goods will make them very attractive to consumers in both nations.

It is interesting that while the leaderships of both Pakistan and India have for long been keen that there be little or no trade, the business community only of Pakistan has also resisted a deeper economic relationship.

Indian business has always wanted to push the government towards opening up the market, but business voices have been drowned out by the others that want a permanently hostile border.

We have a strange situation in India at the present time. We have an ideology that is popular and in power that has for many decades spoken passionately about Akhand Bharat.

The civilisational Indian State that stretched from Kabul to Burma. But at the same time we hate the idea of linking up this Akhand Bharat through the free movement of SAARC citizens and goods and capital and services through the region. 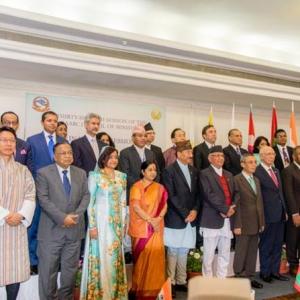 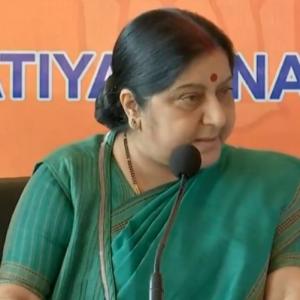