Ajit Balakrishnan on how Indian society and the polity need to be carried along.
Illustration: Dominic Xavier/Rediff.com.

A couple of years ago, in a moment of heroic idealism, I volunteered to teach algebra to Class VIII students in a neighbourhood school, a few yards away from where I live, in Colaba, Mumbai. A sizeable proportion of the children in the class were sons and daughters of fishermen working off the nearby Sasoon Docks.

My lasting memory of this brief episode (alas, work-related travel put an end to my attempt at heroic idealism) was the raw talent of these children and their eagerness to learn.

If any of them had been born into middle class families such as mine they would have been the front runners for IITs and IIMs.

Regrettably, many of my students get pulled out of school to start earning money to support their families in jobs such as delivery boys or maids.

None of this would come as a revelation to anyone. You are merely recounting all that we all know, is likely to be the reaction.

And in the next breath, we are likely to hear a recommendation that the real solution to such issues is to have a vocational education system.

Train these children in some skills that will let them earn a decent living because what is the point of them pushing on and earning a three-year college degree -- they still won't be able to earn a living.

Except that a decade or so of attempting to do skill-building programmes with most states and the central government naming dedicated departments and ministers tasked with skill-building, there doesn't seem to be much to show.

Committees have met and drawn up lists of skill-based jobs that will be in demand in the future, curricula have been drawn up to impart such skills.

Many companies such as Siemens and L&T have been making valiant efforts, but compared to the scale at which India need such skill training such efforts don't seem to make a dent: Many millions of Indian kids are streaming out of middle and high school, and the efforts so far is at best in the thousands.

I checked the other day with a group of deep-thinking people who have been making valiant efforts in this field. One of them told me something that is still ringing in my head.

'Doing things with your hands and being praised when you do a good job, for example, of fixing a broken window, starts from childhood in countries like Germany," he said. Children grow up in a culture where such skills are admired and praised even among white-collar middle class parents.

Such a culture in society is the key to vocational education and skill-based jobs being valued.

In India, for some inexplicable reason, societal aspiration is for 'office jobs', jobs where you sit at a desk and work with pen and paper, or its modern variant, a computer keyboard.

The social dynamics of a country can never be divorced from the goings-on within the educational system. I got a first-hand experience of this when I immersed myself in studying the functioning of polytechnics in eastern India.

This, of course, results in no time being available for the one who continue on in polytechnics to have any skill-based courses.

Kathleen Thelen, a professor of political science at Northwestern University, in her book, How Institutions Evolve: The Political Economy of Skills in Germany, Britain, the United States, and Japan, describes the processes at work in society in Germany, where a flourishing vocational education system exists, and England, where no vocational education system has taken root in spite of valiant efforts like what is going on in India now.

Britain's chronic undersupply of training goes back to what economists call 'free-rider' problem: In a country where skilled people are in short supply, if one firm has a high-quality skill training programme, others will pinch their employees and thus get a 'free ride'.

Britain thus got into a vicious circle in which dearth of skills in the economy encouraged firms to pursue product strategies premised on low skills, which in turn discouraged investments in skills, and so on, she says.

When companies do skill training they will have little incentive to impart 'general skills'. 'Specific skills', on the other hand, are completely non-transportable and have value only for that particular firm.

You can now also see why depending on companies to impart skills training may not solve the economy-wide skill-deficit problem. In liberal market economies, says Ms Thelen, there are high incentives for young people to acquire skills that are generally marketable rather than acquiring skills that are industry or firm specific.

Even whether new technologies get developed has a link to society and social structure.

A large domestic market, and absence of a skill-development regime, has historically driven American businesses to standardise their products and search for skill-displacing technologies.

It is happening even today.

Ajit Balakrishnan, chairman and founder of Rediff.com, is the author of The Wave Rider, A Chronicle of the Information Age. You can write to him at ajitb@rediffmail.com. 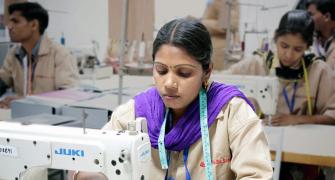 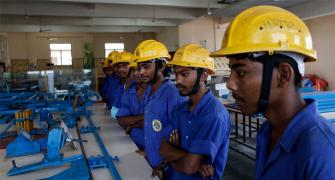 Why Modi govt has failed to build a skilled workforce 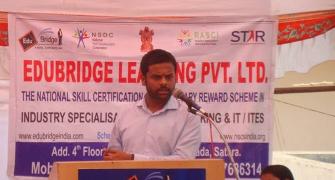 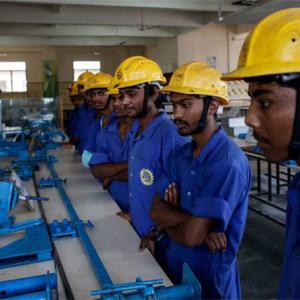