Among the most deprived communities in India live and work under asbestos roofs.
The National Institute for Health and Family Welfare estimates exposure to asbestos has resulted in higher incidence of cancer among those living under asbestos roofs, points out Gopal Krishna. 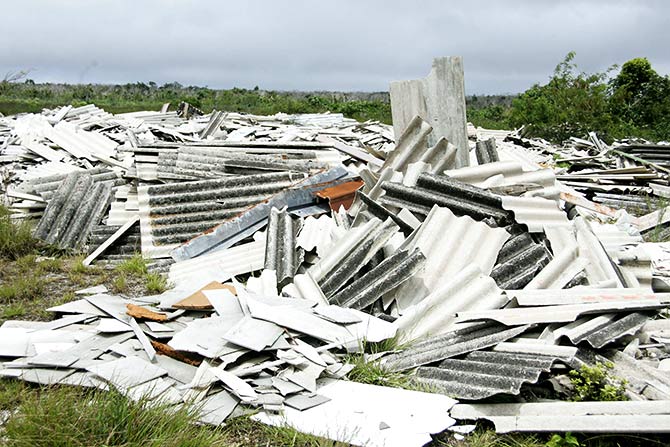 On August 24, the constitutional supreme court of Brazil decided by 8 votes against 2 that the Brazilian state of São Paulo has the right to forbid the production and selling of white chrysotile asbestos, a carcinogenic mineral fibre.

As many as 10 Brazilian states prohibit the use of this mineral fibre because of the incurable diseases caused by it.

India's Supreme Court and high courts have consistently expressed their serious concerns regarding exposure to these carcinogenic mineral fibres and has asked the central and state governments to update their laws as per fresh resolution of the International Labour Organisation, which has sought elimination of future use of white chrysotile asbestos to safeguard human health. But the governments in India have not complied with its directions so far.

Although mining of all kinds of asbestos is technically banned in India, according to the Indian Minerals Yearbook published in December 2015, import of white asbestos from Russia, Kazakhstan, Brazil and China continues.

It endangers the public health of present and future Indians.

Following the verdict, Brazilian São Paulo state has withdrawn the controlled use of asbestos law for the whole country. Other states will have to take similar action. The Brazilian supreme court has already said that the production and the selling are unconstitutional.

The president of the supreme court observed, 'In concern of the environment, if any doubts, it must be prohibited so that the rights for us today and tomorrow won't be lost for the ones that come after us.'

Indian courts too should adopt this universally accepted precautionary principle and the inter-generational equity principle to save the public health of Indians, like the Brazilian court.

It is clear that the decision with regard to Brazil's São Paulo state has an 'important precedent' because the court has excluded the law that allowed controlled use of this hazardous mineral fibre. The law that allowed usage of asbestos has been deemed moribund.

The federal supreme court is the highest level of judicial system in Brazil, which is responsible for determining the constitutionality of laws.

This court held that the extraction, processing, use and marketing of all forms of asbestos, including white chrysotile asbestos violate the Brazilian federal constitution.

Responding to the verdict, Fernanda Giannasi from Brazilian association of exposure to asbestos, a renowned leader of global anti-asbestos struggles, said, 'There is no more legal support to the controlled use of asbestos in Brazil. The important decision means that there are no obstacles for the states and municipalities to prohibit asbestos. The public entities cannot give lame excuses for their failure to enact and enforce laws to safeguard people from exposure to hazardous fibres of asbestos.'

'Now that the Brazilian court has decided on the constitutionality of the matter, it is the prerogative of the Brazilian parliament to prohibit use of this carcinogenic fibre,' Giannasi declared.

Giannasi visited New Delhi in 2002 to ascertain the public health situation in the country and share her insights.

In the aftermath of this verdict, the states and federal districts are under a logical and legal compulsion to bring bills for the banishment of asbestos in the states which have no laws prohibiting carcinogenic asbestos as yet.

Brazil's national confederation of industrial workers had initiated an action with the aim to get the law on the prohibition of asbestos in the state of São Paulo declared unconstitutional and revoked. The court did not heed the request and has endorsed the prohibition of this mineral fibre.

South Africa banned asbestos in 2008. Now that the Brazilian court's order has established the illegitimacy of asbestos use, it is high time BRICS (Brazil Russia, India, China, South Africa) governments make their present and future citizens safe from hazards of asbestos fibres.

Large reserves of asbestos are located mainly in China, Kazakhstan and Russia. The world production of asbestos was 1.9 million tonnes in 2013.

So far countries like Brazil, China, India, Indonesia, Mexico, Russia and the US are yet to ban asbestos.

What aggravates the situation in India is that among the most deprived and marginalised communities as many as 16.4 per cent in the rural areas and 20 per cent in the urban areas live and work under asbestos roofs.

Some 79 per cent of Dalits live in such houses. This came to light from the 2011 Census figures released on scheduled caste households by amenities and assets by the office of the registrar general & census commissioner.

Asbestos causes mesothelioma (cancer of the thin membranes that line the chest and abdomen) and cancers of the lung, larynx and ovary.

India's National Institute for Health and Family Welfare estimates secondary exposure to asbestos used in construction has resulted in higher incidence of cancer among those living under asbestos roofs.

It is a commentary on the scientific temper of the country that even yoga centres are being run under asbestos roofs like at Jawaharlal Nehru University and the premises of medical and engineering colleges besides other public buildings which are laden with asbestos-based products.

Taking note of the grave threats to the public health of people in BRICS (Brazil Russia, India, China and South Africa) countries, we demand a phase out of the asbestos industry in the country.

Incurable asbestos-related diseases are caused primarily by the inhalation of asbestos fibres. These diseases take up to 50 years after exposure to develop in a situation where there is almost no infrastructure and skill to even diagnose these environmental and occupational diseases.

Dr Gopal Krishna is a public policy and law researcher and editor of www.toxicswatch.org 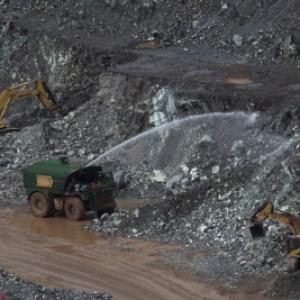 India's big hurdle in the fight against cancer 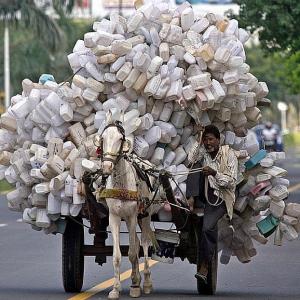