Dhirubhai may or may not have owned the government; it would seem his son wants to own the market, notes T N Ninan. In India, the equivalent comment (rather less truthfully) used to be that what was good for Birla Brothers was good for the country.

GM now sells more cars in China than in its home market, and the Birlas have fallen apart, their pride of place taken by Mukesh Ambani.

Mukesh's deals over the last month have made headlines around the world -- five stake sales in Jio Platforms, a Reliance Industries subsidiary, have netted Rs 78,500 crore (more than $10 billion), the latest deal valuing the digital behemoth at a staggering $65 billion.

Meanwhile the mother company, Reliance, is in the middle of a rights issue, which seems small by comparison but is the biggest in India's history: Rs 53,000 crore.

Other stake sales are at various stages of closure: In the telecom tower business for Rs 25,000 crore, plus Rs 7,000 crore from BP for a 49 per cent stake in petroleum marketing.

Even if a planned 20 per cent stake sale in the oil and petrochemical businesses to Saudi Aramco for $15 billion falls through, this will be the biggest cash-in ever by an Indian businessman.

Mukesh seems set to cross his target of raising $20 billion and achieving zero net-debt status, and do it with the ease of a Usain Bolt.

He may even end up being cash-surplus, despite having invested a staggering $40 billion or thereabouts in the telecom and associated digital businesses of the future.

The total Reliance is valued on the market at close to Rs 10 trillion ($127 billion).

Many had believed that the outsize investment in an already competitive business like telecom could never yield a proper return.

Mukesh's anticipation of the future, his execution capabilities, and now his string of deals have shown up the sceptics (including this writer).

And the game has just begun, with Mark Zuckerberg as an e-commerce partner to take on Walmart-Flipkart and China's Alibaba.

Mukesh has thus wheeled around his gigantic enterprise, and re-imagined it, in a manner that has few parallels in business history.

What was begun by the founder and Mukesh's father, Dhirubhai Ambani, as a synthetics textile company in the 1970s had already gone through one transformation when Dhirubhai pulled Mukesh out of Stanford and asked him to help take the business upstream by building giant petrochemical complexes at Patalganga and Hazira.

There followed a technologically brilliant move even further upstream, with the building of the world's largest, most complex refinery that could use even the worst-quality crude -- and yield industry-beating refining margins.

Still, despite scale efficiencies, the business had always depended on favourable government policies.

The son once recalled his father's allegory about the householder who had to feed the pundit, the cow, the pet dog, and the crow that had hopped closer before he could eat himself.

This is truer of commoditised products like PVC or polyester fibre, where government decisions on taxes, tariffs, licences and such can make or mar a business.

In Dhirubhai's case, it was usually (but not always) the former.

Hence the old joke that had the Arab wanting to buy the Air India stewardess.

On being told she belonged to Air India, he offered to buy the airline.

And if that belonged to the government, he would like to buy the government. That, he was told, had already been sold to Dhirubhai.

The government matters less in brand and technology businesses, where consumer preferences and the building of a franchise are autonomous of policy, though policy helps (to block rivals, for example).

His initial entry into retailing was botched but re-strategised, and the initial foray into telecom was a marketing flop; in any case it had to be given away to younger brother, Anil.

Finally today there is the all-encompassing Jio, whose 385 million customers are manifestly worth a fortune.

Reliance, which once made saris, has thus been re-invented yet again.

Dhirubhai may or may not have owned the government; it would seem his son wants to own the market. 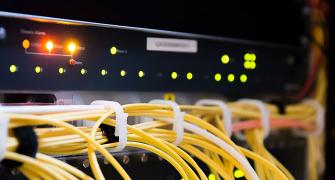 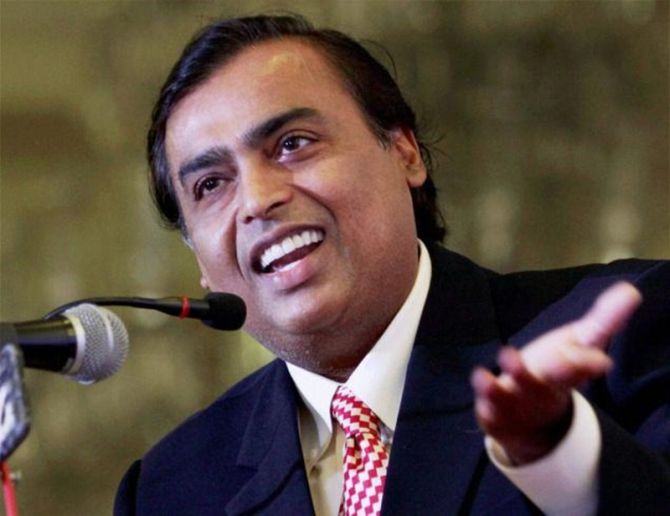