'It is important whenever such accusations arise to provide whatever support we can to the accusers who, with inspiring bravery, have decided to take on men far more powerful than they are,' says Mihir S Sharma. 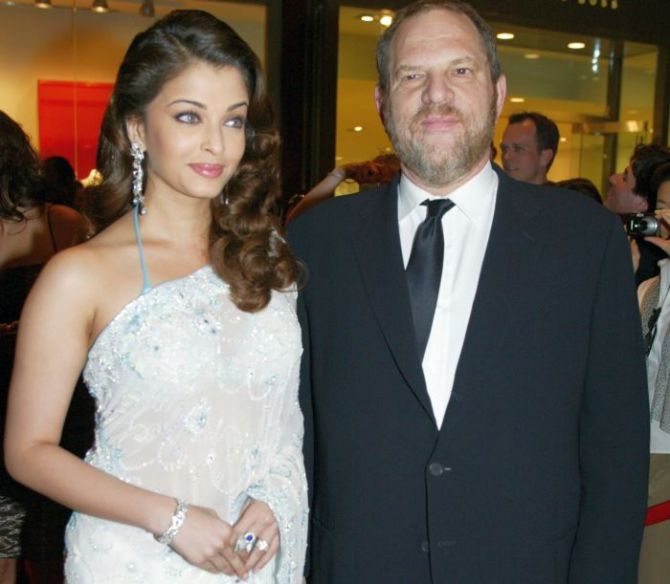 The question that most people are asking in America is: How? How is it possible that Harvey Weinstein, the legendary co-founder of Miramax Films, could have survived so long as an egregious sexual predator?

How long have his many friends and associates -- from his brother and fellow Miramax founder, to actors such as Ben Affleck and Matt Damon, to Democratic Party politicians -- known about Weinstein's activities?

Did they not know? Did they look away?

Weinstein has been accused of aggressive sexual behaviour from as far back as the early 1990s.

The multiple allegations suggest that he didn't just prey on interns, hopeful waitresses and his own employees.

He apparently went after even well-connected young achievers: Gwyneth Paltrow in the mid-1990s, even though she was the daughter of prominent film personalities and was dating Brad Pitt at the time; Angelina Jolie, also the daughter of a film legend, and already a star; as well as Asia Argento, whose father is an influential Italian director, and who was still two years from her own directorial debut.

Two things are worth noting immediately.

First, that Weinstein has been fired from his own company -- the company he founded and still owns (with his brother) 46 per cent of.

It isn't a Pachauri-like situation where the fallen leader was reintroduced at the first opportunity.

And second, that there is apparently more than enough revulsion to go around: A lot focuses on Weinstein, as it should, but enough people are outraged at how long this behaviour has apparently been tolerated.

Some, like Meryl Streep, have argued that it was not an 'open secret', since she herself did not know.

Others have pointed out that it has even been the subject of jokes at the Oscars, so it was pretty well known if not universally known.

One indication of Weinstein's influence, incidentally, is that over the past 20 years he has been thanked in an Oscar acceptance speech much more often than God, but just behind Steven Spielberg. In Hollywood, the pecking order is Spielberg, then Weinstein, then God.

The logical consequences of these two facts are interesting.

First, it is clear that no company in the West today, even one so closely tied to an individual as the Weinstein Company is to Weinstein, can possibly afford the opprobrium that would come with minimising, dismissing, ignoring, or even just addressing these allegations.

They have to take drastic action for the sake of their own bottom line. We must ask ourselves:

Is this the case in India, too? Aside from the more byzantine and oligarchic family-owned companies, let us hope that it now is.

Once news like this breaks, there's no containing it.

It's worth noting that some of the most egregious such offenders in India, of those that are known, have been in the media, or in the legal system, or in the non-profit sector -- all places where the bottom line doesn’t matter.

This does not mean that there are no sexual predators in the private sector -- far from it. But it is more than likely that, as and when their behaviour is exposed -- and, in today's world, it almost certainly will be -- the company will be forced to turn them out forthwith.

And second, it is also clear that the consequences of being an enabler of such behaviour are deservedly awful.

In the end, if the man you are enabling goes down, you will likely lose your reputation and become difficult to employ elsewhere.

I am not sure that people in India quite realise this yet. They had better.

But, in the end, while Weinstein's acts are beneath contempt, there is an aspect to this story that should give us hope.

It is clear that the predatory men that Weinstein's lawyer called 'dinosaurs' are increasingly finding their behaviour impossible to cover up.

It is important, therefore, whenever such accusations arise, to provide whatever support we can to the accusers who, with inspiring bravery, have decided to take on men far more powerful than they are.

Some of the reasoning in the recent court judgment in the Mahmood Farooqui case was widely criticised as being disappointing in this respect. Yet that is not, in the end, the point.

The legal system has the power to take whatever path it chooses towards justice -- and we all know that, in India, that path might be long indeed.

What is our job is to ensure that we, as individuals, and as collectives -- in companies, in NGOs, in political parties, in neighbourhoods, in unions, even in WhatsApp groups -- remember that the age of unchallenged sexual predators must come to a close.

It is up to us to ensure we do not tolerate such behaviour, or tolerate those who excuse it.

These are dinosaurs that we must render extinct ourselves. 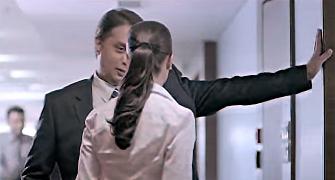