'Common sense says if one can afford, servicing the loans during this period is a better bet than postponing it by three months,' says Tamal Bandyopadhyay.

Till recently, the depositors of YES Bank Ltd and even now the Punjab & Maharashtra Co-operative Bank Ltd would get nightmares on hearing the word moratorium'.

Now, for millions of borrowers in India's financial system, both corporate and retail, moratorium is music to the ears.

In the world of finance, a moratorium is a temporary suspension of an activity in response to sudden financial hardships.

Recently, in an out-of-turn meeting of the Monetary Policy Committee, the Reserve Bank of India, cut the policy rate to its historic low and announced a slew of measures to boost liquidity in the system.

The Indian central bank topped up the policy with a three-month moratorium on the repayment of all loans to fight the impact of coronavirus on Asia's third largest economy.

Almost every financial intermediary, lobby groups and even the finance ministry have released the so-called FAQs (frequently asked questions) on the moratorium.

Let me add my two cents.

First, what it means for the retails borrowers.

All loans -- such as mortgage, auto loans, two-wheeler loans, consumer durable loans, education loans, personal loans and even repayment of money spent using credit cards -- are covered by the moratorium.

The point to note is that it is a three-month deferment of payment of loan instalments which includes principal and interest and not a waiver.

So, the loans have to be repaid and interest will continue to accrue on the outstanding loan.

Technically, interest will be capitalised.

In other words, one will have to pay interest on interest (for these three months).

Here is the catch.

Take the case of a home loan borrower who chooses to take advantage of the moratorium.

She has, say, 100 equated monthly instalments or EMIs left to pay off the loan.

No, many more. This is because of the interest cost (and interest on interest over a period of time).

How many more? It depends on the interest rate, the tenure of the loan and how much she has already repaid.

Typically, in the initial stage, a home loan borrower's EMI could have as much as 80 per cent interest component.

As the years pass by, the interest component goes down.

This means, those who have just started paying their EMIs for home loans will have to pay many more extra EMIs than those who are close to the end of their home loan tenure.

Overall, the shorter the tenure of the loan, the lesser the number of extra EMIs to be paid.

For certain retail loans, if the loan tenure cannot be extended, the EMI amount will increase.

The moratorium is for three months for the repayment of all loans between March and May.

Those who take advantage of this would not be tagged as a defaulter and their credit history will not be spoilt.

However, this is optional. It is up to the borrower whether to opt for the relief or continue to pay.

Common sense says if one can afford, servicing the loans during this period is a better bet than postponing it by three months.

While payment of interest and principal for all retail loans and even term loans can be staggered following the moratorium, the norm for working capital facilities is different.

Here too the banks are offering the three-month relief from debt servicing, but the interest on the outstanding amount of the working capital facility needs to be paid immediately after the moratorium.

Not too many will quibble on this.

As working capital is a revolving door where companies enter and exit depending on their cash flows, the three-month interest burden won't hurt many.

However, two critical aspects of the moratorium norms need closer scrutiny and probably a relook by the banking regulator.

A ministry of finance press information bureau FAQ, purportedly picked up from the Indian Banks Association, the premier bankers'S body, says all term loans and cash credit/overdraft facilities are eligible to avail of the benefits under the package, provided they are 'standard' assets as on March 1.

However, the central bank says the so-called special mention accounts or those accounts that have not serviced loans in the immediate past for one or two instalments, cannot get the benefit of the moratorium. (Adding to the confusion, some say IBA has never formally released any FAQ.)

There are borrowers who delay payments at times but pay up before 90 days.

Such accounts are 'standard'; an account becomes a non-performing asset when it is not serviced for 90 days and banks need to provide for such accounts.

The RBI probably wants to discourage the habitual late payers of bank loans but there could be instances where borrowers delay payments for genuine reasons.

If they do not get the benefit of this moratorium, the NPAs of banks will swell.

Even though the RBI has not explicitly said so, it seems that the central bank is not in favour of allowing the financial intermediaries such as micro-finance institutions or MFIs and non-banking finance companies or NBFCS (there are many MFIs that are NBFCs) into the fold of the moratorium.

It is a bit tricky for such entities.

They cannot claim repayment from their borrowers because of the moratorium but they need to pay back the loans taken from the banks (which they have used to lend to their borrowers).

When they cannot lend fresh (and earn interest) because of the nationwide lockdown and claim repayment following the moratorium, how will they service bank loans?

The RBI probably wants them to borrow short-term money from banks.

It has opened a targeted long-term repo (TLTRO) window for up to Rs 1 trillion from which the banks can borrow to invest in corporate bonds, commercial papers and non-convertible debentures of NBFCs and mutual funds.

Theoretically, it is possible but many small NBFCs will not be able to raise fresh funds at this point. There could be a few casualties.

I am told some of the banks are extending the moratorium to their NBFC borrowers on their own.

That's a good sign. The RBI probably needs to take a close look at the NBFCs and relax the norm for some, if not all.

It is early to say but the moratorium may also need to be extended.

But that seems to be a given, if the economic situation does not improve.

Opted for the 3-month EMI moratorium? Read this! 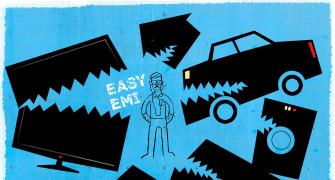 You lose more by deferring your EMIs for 3 months 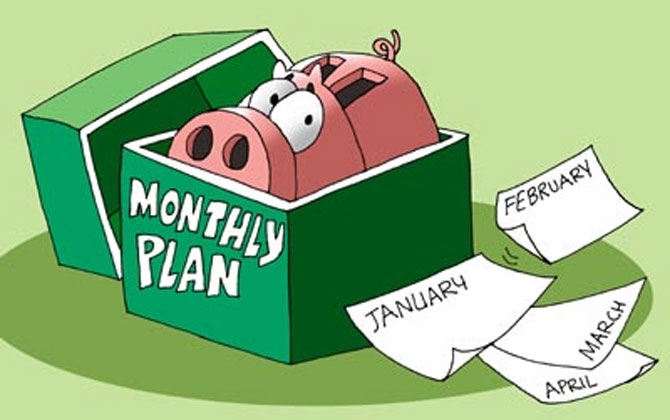