The forgotten task the freedom movement set itself

The government should step up its efforts to improve rural sanitation, for the sake of the children who die as a consequence of cultural apathy.

In 1927, Mahatma Gandhi described Katherine Mayo's provocative book Mother India as "the report of a drain inspector sent out with the one purpose of opening and examining the drains of the country to be reported upon".

This was an odd choice of disparagement, perhaps - as the Mahatma himself, who saw the improvement of India's villages as central to the independence project, wrote and spoke frequently about sanitation.

The primary duty of the Gandhian village worker, he wrote, was to improve sanitation. Nor was it a problem of poverty: "our poverty," he wrote, "plays a very small part in our insanitary condition."

Sixty-five years after the independence that Mahatma Gandhi helped win for India, the part of the freedom struggle most incomplete is sanitation. Answering questions in Parliament this week, Rural Development Minister Jairam Ramesh pointed out that, according to Census data, only a third of rural Indian households have toilets, leaving the rest of rural India defecating in the open.

This is in spite of the claims of state governments that 60 per cent of rural households have been provided with toilets, he pointed out, adding that, contrary to earlier expectations, India will not be free of open defecation - which so angered the Mahatma decades ago - by 2022.

As the Father of the Nation pointed out, this is not purely a function of poverty: there is a deep cultural problem at work. In the past, Mr Ramesh has received some flak for claiming that most Indian women want cell phones rather than toilets, but the evidence seems to be on his side. 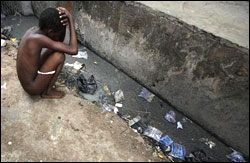 Certainly his government seems to be responding to that apparent demand, if it indeed chooses to provide free cell phones to selected households - at a cost, reportedly, exactly the same as what was budgeted for the Rural Sanitation Campaign for 2012-13.

Of course, in actual fact, it is precisely because Indians may value sanitation facilities less than they should that the government must play a more activist role. Poor sanitation has significant negative externalities, most significantly on child health and achievement.

Diarrhoeal diseases are endemic in areas without proper drainage or toilets, keep children away from schools and affect their physical and mental development - a big part of the reason why so many Indian children continue to be stunted in spite of improving nourishment in the post-reforms era.

The government's Total Sanitation Campaign (TSC), in operation for 10 years, is now becoming the Nirmal Bharat Abhiyan. It must focus on outcomes (more villages without open defecation) instead of inputs (more toilets), which are, as Mr Ramesh pointed out, easily fudged.

The Princeton economist Dean E Spears, writing in this newspaper, has pointed out that open defecation is so very bad for children; that the TSC has been by far the cheapest way to prevent an average infant death. The government should step up its efforts to improve rural sanitation, for the sake of the children who die as a consequence of cultural apathy - and because it is, after all, the unfinished agenda of independence. 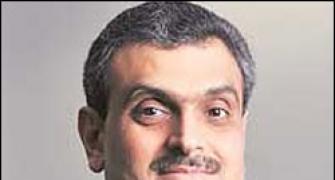 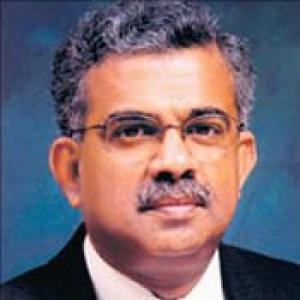