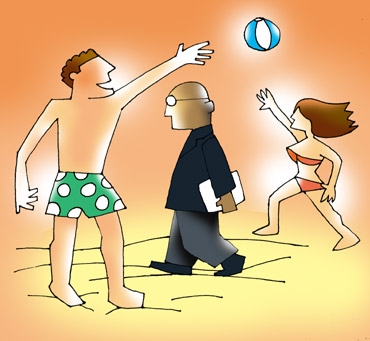 'Every slide in the power point presentation had a graph with years like 2006, 2008, 2010 on the X axis... Most lines seemed to lie inert horizontally and many seemed to dip despondently, except the red line for China which seemed to rise triumphantly in each slide...'

As I entered the conference room in the plush five-star hotel in Rio de Janeiro, the place seemed overcrowded already. I managed to spot a seat in one of the back rows next to someone who looked a bit like Bill Gates. Obviously he was not, but he had his laptop open on his knees and I could see the charts and graphs on its screen virtually spelling money. He also held an iPad in his hand and was looking at the headlines in The Wall Street Journal, even as he kept whispering.

After seating myself, I extended my hand, trying to introduce myself. He made an apologetic gesture with his shoulders, indicating that he could not shake my hand or acknowledge my existence except with a nod as with all his multitasking tools -- the lap top, the iPad, the cell phone and the Bluetooth in his ear, he was already totally engaged.

I was at the meeting of the WEF -- the World Economic Forum for those of you who are not shakers and movers of the world. I am not, but I had been invited for this event as it was occurring in Rio and not in its normal legendary locale in Davos, Switzerland. This was the Latin American version and India has a certain resonance in Brazil as a fellow member of BRICS (Brazil, Russia, India, China and South Africa) which accounted for my presence.

What is WEF, you ask me?

These days I read so much about billionaires and millionaires in India that I thought everyone knew about the Davos men: The Masters of the Universe. But let me explain briefly.

Professor Klaus Schwabb, a clever Swiss academic, recognised some decades ago that there was a small, internationally oriented elite community in every country, but with several distinct components.

There were the leading magnates from industry, business, and banking; not your average trader, but more the Ratan Tatas and the Mukesh Ambanis. There were some influential and suave leaders from the government and to add an element of frisson -- some stylish public intellectuals and media moguls.

If you look at the larger picture of the world, at any time some economies are growing, others are declining and yet others are emerging. Schwabb's idea was to get a mix of such countries and elites together and to shake them up like a cocktail in a small but exclusive locale in the Swiss Alps.

Thus, the WEF was born in 1987. More than the idea itself, its success has been in its 'branding'. Today, to be part of the WEF is to have 'arrived' and networked globally.

Think of a conference where you see Nandan Nilekani attending a talk by Mark Zuckerberg and later having a beer with the CEO of HSBC, while in another corner Montek Singh Ahluwalia is chatting with Christine Lagarde, the new chief of the International Monetary Fund, and you get the picture.

Those not in the same celebrity league can derive pride and pleasure in being in the same small room with these big stars.

As I said, this was only the South American version and proportionally smaller, but what it lacked in global gravitas it more than made up by Latino glamour. Handsome men in Armani suits and svelte women in Chanel dresses filled the hotel and all carried the essentials: Alligator leather briefcases or hand bags, shiny iPads, sleek Blackberry Curves and, I am sure, wallets with multiple platinum credit cards. The cost of participation was $3,500. I already said that I had been invited.

It is a great networking event; you will rub shoulders with everyone important in Brazil and get to exchange cards with the rich and the mighty, my friends had told me.

The panel discussion started in the small room and soon my head was reeling trying to absorb all the data in the multi-coloured graphs on the presentation screen. Every slide in the power point presentation had a graph with years like 2006, 2008, 2010 on the X axis. All the figures on the Y axis were in billions.

They had several coloured lines and the legends read United States, European Union, Japan, Brazil etc. Most lines seemed to lie inert horizontally and many seemed to dip despondently, except the red line for China which seemed to rise triumphantly (or is it peacefully?) in each slide.

I kept hearing the drumbeat of words -- decline, recession, stagflation, crisis, crunch -- from all the solemn-faced European speakers in the room. There were a few seemingly Chinese or Korean faces as well, but they were inscrutable and totally lost in their iPhones with Bloomberg stock quotations.

Once in a while they looked up with alarm if the language turned to other buzz words -- trillions, surpluses, structural imbalances, undervalued currency, etc -- but the solemnity of the scene was unbroken. And the Latinos, well, most of the time they swayed in and out of the committee rooms looking elegant.

To stay inside this depressed ambience seemed a waste of time. I came out as I had been repeatedly told that all the value of the conference was in the networking. The coffee lounge was indeed buzzing and there were plenty of sofas and chairs to sit in and chat. But all of them were occupied and most had men in suits typing on their BlackBerries with two thumbs.

I heard some snatches of conversation:

"Shall we meet later? I do want to discuss that idea of merger with the Mexican subsidiary."

"Yes, we must discuss, but let our secretaries try and schedule the conference call. I have to rush to the airport now to catch the shuttle to Sao Paulo. I have to be in New York for the debt swap discussion."

"Okay. But I did try to leave a voice mail on your cell, but your message box was full."

"Sorry about that. Just e-mail my secretary and she will call back."

"Oh, these days she is only monitoring SMS messages on her BlackBerry and not the Nokia. I have to run now."

I was impressed, but it was time to get some coffee.

In the corner, two men were actually having coffee. It was a rare sight of thumbs holding a cup instead of tapping. They seemed relatively relaxed.

"What are you doing for dinner tonight? How about that seafood restaurant on Copa Cabana?"

"How I wish. But Asian markets open around that time and I have a video conference with the Japanese investors."

"I thought that you were on a semi-holiday here in Brazil. Isn't your wife with you on the trip to Rio?"

"Sure she is, but what to do. But she is going on a site tour arranged by the NGOs and later for some shopping. Brazilian gem stones are the best, I believe."

Exhausted by all this talk around me of trying to schedule a call to fix a meeting in another country at another time, I chanced on a solitary figure thumbing through a book -- Henry Kissinger's new tome, On China.

He saw me looking at his book and said laconically, "India -- another great power?"

He introduced himself as a Brazilian journalist.

"Care for a cold beer, not here but on the beach outside?" I asked.

"Sure, I was told to network by my editor."

We stepped out to the suit-free, cell-free, wi-fi lacking, sun dappled beach. Children ran around screaming while their mothers struggled to stop them in their high heels. Some bare-chested men jogged while others played beach volleyball.

We sat at a kiosk and I looked wonderingly at an unstructured network of ages, genders and races frolicking -- the Brazilian beach.

B S Prakash is the Indian Ambassador in Brazil and can be reached at ambassador@indianembassy.org.br
You can read his columns here. 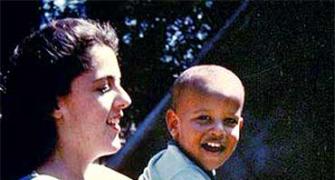 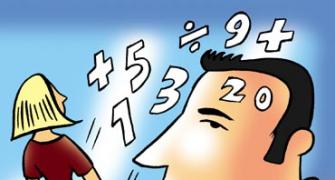 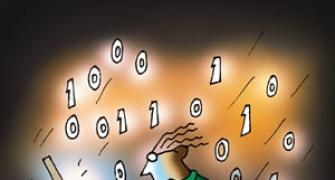 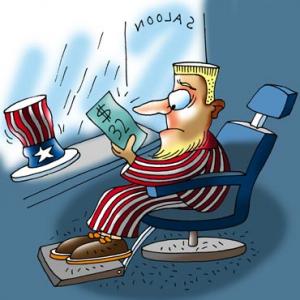