News
Business
Movies
Sports
Cricket
Get Ahead
Money Tips
Shopping
Sign in  |  Create a Rediffmail account
Rediff.com  » Business » All about the mystery of job creation

The processes that create a seven per cent-plus GDP growth rate without a similar growth in jobs are far from fully understood, says Ajit Balakrishnan. 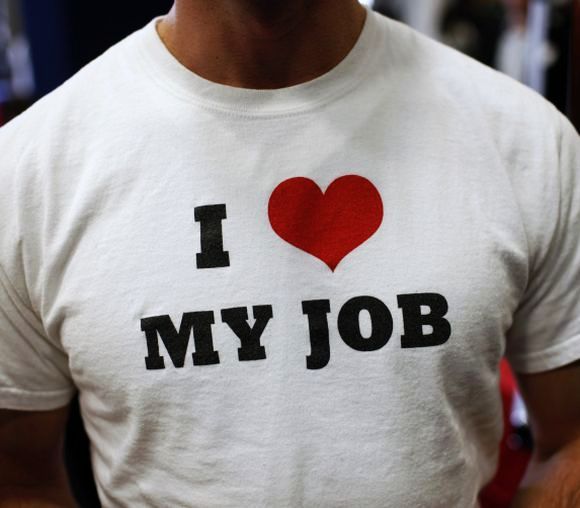 No topic engages the attention of policymakers, both elected politicians and administrators, as much as how to create jobs.

You don’t have to look far to see the earth-shattering consequences of inadequate job creation.

British voters, for example, have forced their government to formally exit the European Union because of voters’ anxiety that whatever few new jobs that are being created in Britain are being taken up by immigrants from other European countries.

The US presidential election process under way now is dominated by arguments about illegal immigrants from Mexico forcing American citizens out of entry-level jobs: the main Republican Party candidate, Donald Trump, proposes to build a several-thousand-mile-long wall along the Mexico-US border as well as to detect and deport 11 million illegal Mexican immigrants.

There are even indications that the last quarter of 2015 may have actually seen more jobs lost than created.

As you can see, the processes that create a seven per cent-plus GDP growth rate without a similar growth in jobs are far from fully understood.

There are other complications to the jobs story.

People have clear notions on what constitutes a 'proper job', ie, the job prestigious enough for me.

A 1989 study in the United States showed a hierarchy of prestige for occupations.

Professionals such as architects, scientists and college teachers were considered more prestigious than, for example, legislators; both these groups of occupations were ranked ahead of technicians (nurses, legal assistants, draftsmen are examples) who were ranked ahead of administrative support occupations (secretaries, computer operators), then by service occupations (cooks, household cleaners, guards) to quote a few examples.

Such rankings obviously change with time and differ across countries, but whether a person considers a job worthwhile adds one more dimension to the jobs puzzle.

If the process of how jobs get created or destroyed and who gets paid for what is so complicated, what do policymakers do? Perhaps the best (and possibly the only) way forward is to ensure that when the next upsurge of growth happens, young people with the requisite skills are available.

This is one lesson we learnt in the late 1980s when the Government of India launched the bank and railway computerisation projects.

N Seshagiri, who headed the equivalent of today’s information technology ministry, insisted that software for these projects be built with computing paradigms that he correctly foresaw as the next big thing (UNIX, Relational Databases and so on).

There was much grumbling that Seshagiri was being too academic but since the orders he was handing out were large and high margin, even the grumblers went along. . . and then when the world demand for software services exploded in the 1990s India was the only place that could field the over 10,000 programmers needed with these skills.

This government initiative is what built India’s giant-sized IT services industry, which today employs several million programmers. In other words, be prepared for the next big worldwide outbreak of jobs even though you cannot create such outbreaks yourself.

The National Institute of Technical Teachers Training and Research, Kolkata, a unit of the ministry of human resource development on whose board I serve, is trying something similar to prepare Indian polytechnic students for a possible upsurge of technical and manufacturing jobs with its recently announced National Innovation Talent Contest for Polytechnics.

In this contest we have defined seven products that teams from polytechnics can compete in designing and building.

The first product is small single-block toilets built with locally available material such as fly ash and a minimal use of conventional cement.

The second product is a small temporary bridge that can be used in rural areas at times when heavy rainfall flood and separate two stretches of land.

The third product is a standalone, small solar power generating unit for use in electrifying remote and isolated village hutments with an initial output of 20 watts and which can be switched off and on using a mobile phone working over a GSM network.

The fourth product is a security system using RFID (radio frequency identification) and a normal mobile phone that can be used for things like attendance tracking, home or office security.

The fifth product is a paddy harvesting machine that can be used on both wet and dry land.

The sixth product is a domestic floor cleaner with a mopping mechanism.

The seventh product is foot/hand/leg massaging device that can be used at home by elderly people for pain relief.

Each team from a polytechnic is to be made up of three students, one professor and one technician and actual models have to built, not paper designs or PowerPoint presentations.

This is an all-India contest and already 50 polytechnics have signed up.

Applicant polytechnics are given a small grant to cover the cost of materials used in building the prototypes and all products must be submitted for judging the winner in about nine months.

Image: A recruiter for a software company wears a t-shirt as he meets job seekers at a career fair. Photograph: Mike Segar/Reuters

Ajit Balakrishnan, founder and CEO of Rediff.com, is the author of The Wave Rider, a Chronicle of the Information Age. He can be reached at ajitb@rediffmail.com 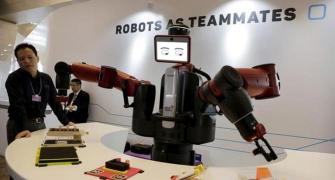 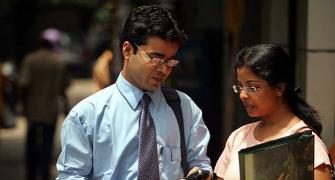 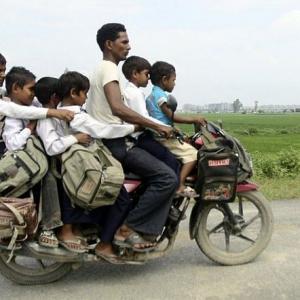 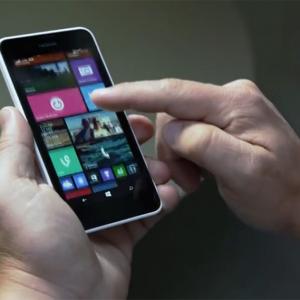