'If you keep inflation low, everything else like messing up after after demonetisation will be forgiven,' says T C A Srinivasa-Raghavan.
Illustration: Dominic Xavier/Rediff.com

The Modi government is generally seen as being short on providing comic relief to the people of India. But last fortnight Prime Minister Narendra D Modi made up for that shortcoming.

He met economists for advice. Until this year it was the finance ministers who used to meet them.

These meetings are largely pointless because economists are like Tamil Brahmins. Futile argument doesn't even begin to describe what the two do.

The Aiyars, having been around longer, boast of six or seven. The poor Iyengars have so far managed only two-and-a-half.

The differences between the two Iyengar sects are largely a matter of intellectual pride, which is why economists and Tamil Brahmins are peas of a pod.

For example, the story goes that once the two sects quarrelled over whose tilak should be placed on the temple elephant.

One sect sports a U-shape and the other a Y-shape.

They went to court and the matter was finally decided in favour of one group.

But the court did not specify where the tilak should be placed.

So the sect that had possession put it on the wrong place. That led to more skirmishes, some violent.

Consider the persistent discussion over the way the RBI has handled monetary policy on the one hand and the finance ministry's expectations of it on the other.

Like the two Iyengar sects who both worship the same god but cannot agree on how best to serve that god.

The RBI and the finance ministry both agree that the demon called inflation should be vanquished and economic growth should be rekindled. But they disagree about how to do it and when to do it.

The futility of their engagement is best captured by seeing the funny side.

Thus, Robert Solow, Nobel winner in 1987, once told the American Economic Association: 'It is still not understood how the giraffe manages to pump adequate blood all the way up to its head; but it is hard to imagine that anyone would, therefore, conclude that giraffes do not have long necks.'

But it was, as often, Keynes who summed it up. 'If economists could manage to get themselves thought of as humble, competent people on a level with dentists that would be splendid.'

The short point is to just do what seems right, which is what I think Urjit Patel is doing.

He is looking at the elephant rather than where the tilak is painted.

All central bankers have to deal with a monkey on their backs, namely, finance ministers who are not bound by rules.

They determine the level of the fiscal deficit and, thus, eventually the range within which the interest rate must lie.

Finance ministers do this by spending other peoples' money in the vain hope their party will win the next election.

They can do the same thing via tax incentives that lead to more investment and more employment.

But where's the fun in that?

In other words, faced with finance ministers who are children of a different god, central bank governors have to fly it by the seat of their pants.

In 2006, N Gregory Mankiw, a well respected Harvard professor, had this to say about central banks: 'The sad truth is that the macroeconomic research of the past three decades has had only minor impact on the practical analysis of monetary or fiscal policy.'

He also said 'An independent central bank is not the same as a rule-bound central bank' and that 'Central banks can produce desirable outcomes while wielding substantial discretionary powers' and that 'inflation targeting is not a prerequisite for good monetary policy.'

The point Mankiw was making was simple: No sensible central bank should commit itself to a policy rule.

Ben Bernanke called it 'constrained discretion'. The film star Govinda had a simpler name for it -- Meri marzi.

So, well played Urjit bhai. Keep going. Or in Mumbai cricketing parlance, be a khadoos.

If you keep inflation low, everything else like messing up after after demonetisation will be forgiven. 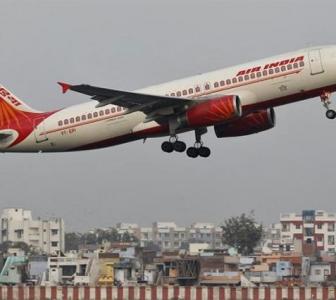