The current focus on data to measure marketing success could herald the end of an era -- or the beginning of a hype cycle, says Ajit Balakrishnan. Ignore the academic pride and posturing of the past. Forget the linguistic arguments… data rule[s] the day....Data science is...the new look of marketing.

I rubbed my eyes in disbelief when I saw the affiliation of the author of this: Northwestern University.

This was the university that was home to Professor Philip Kotler who conceptualised the idea of “brand marketing” and whose 1967 book, Marketing Management: Analysis, Planning, and Control, is even today, 52 years later, a staple textbook in every business school in the world.

The sentence that I quoted was from the preface of the book, Marketing Data Science, by Thomas Miller, also of Northwestern University.

This book, unlike Professor Kotler’s classic, is full of computer-based models and the use of the computer programming languages R and Python to build models in marketing.

If what Professor Miller says is true, there is an impending wasteland where we will see the carcasses of some currently high-flying and prosperous organisations (market research companies, advertising agencies, public relations firms...), job positions (product managers, marketing managers) not to mention all of the media industry (print, television, radio…) whose life-blood is advertising money spent to create and sustain “brands”.

Collateral damage will affect not just Bollywood stars but also cricket, soccer and  tennis,  whose players are rewarded handsomely by the brands they endorse.

All these lucrative industries were built on the firm belief that there is an intangible element to every product or service beyond its physical attributes -- or even its price -- and that intangible element was captured in the concept of “brand”.

This “brand” has its components as well: The “brand name”, which was supposed to be unique and catchy, a “tagline”, a string of four or five words that conveyed the most crucial aspects of what it stood for (“Just Do It”, by Nike is an example), creatively designed elements ( the log design, the typography used, the colour palette). All of these were supposed to combine and represent the “brand”.

Early successes in using these concepts were seen in the United States with, for example, De Beers’ 1947 “Diamonds are Forever” campaign that made diamonds an expression of love among common people and not just an extravagant purchase by the very wealthy; the 1954 Marlboro Man campaign made Marlboro the smoke of choice for “cool, rugged men everywhere”, not to mention the myriad campaigns advertising soap brands from Colgate Palmolive, Unilever and others.

These soap advertising campaigns were such a dominant force in the 1950s that even the radio and TV programmes that they ran on were dubbed “soap operas”.

It is useful to trace back the economic and technological forces that led to this outburst of brand advertising because that may help us understand the current movement against brands.

The early part of the 20th century saw, thanks to breakthroughs in chemical technology, the arrival of mass produced chemical-based items like soaps, detergents, cigarettes, breakfast cereals and so on that were hitherto the work of small neighbourhood craft shops.

These large scale producers, particularly in the United States, needed a way to present their commoditised products as different from that of their competitors.

Their willingness to spend large amounts on advertising synergistically led to the sudden emergence and growth of, first, mass circulation periodicals, followed by advertising supported radio and then television.

Concepts like “brand equity” started circulating and by the 1960s, advertising agencies came into being to provide such services.

It is in this context that Kotler articulated the concept of “marketing” as a field of learning and postulated that the “brand” is as crucial a variable as price in influencing demand.

There is a possibility that thinking, like Professor Miller’s, and debunking concepts like “brand image” and “brand” is merely an example of the kind of overstatement that new technology approaches tend to make.

The consulting firm, Gartner, even has a theory around this, that they call the “hype cycle”. The start of a hype cycle is when a technology breakthrough happens, but usable products that are commercially viable have yet to happen.

However, early publicity soon creates a “Peak of Inflated Expectations”. Soon it is discovered that there are scores of failures and only a few  successes, which then results in the next phase, the “Trough of Disillusionment”.

Many producers drop out while a few courageous ones hang in there and try and prove themselves to the few early adopters.

Then comes the “Slope of Enlightenment”, a long, multi-year (often multi-decade) period where products that really deliver on -- or near -- the original promise appear.

Finally, comes the “Plateau of Productivity” where mainstream adoption of the new technology happens.

The current rush towards emphasising the measurable outcomes of marketing like clicks, form-fills, add-to-carts, orders, orders accepted and paid for with no returns is dramatically different from long-established measures of media effectiveness such as what percentage of a product’s potential audience has become “aware” or have the mode to becoming "interested" or have graduated to “desire” the product or have resulted in “action”.

On the face of it, it represents progress since it measures ultimate outcomes.

But, by skipping the measurement of the earlier stages through which a sales process works, are we taking the online advertising technology to the dangerous stage of the hype cycle,  the “Trough of Disillusionment”?

A sense of realistic expectations will dawn when the same sophisticated machine learning models that attempt to predict clicks and orders are engaged to model earlier stage variables such as awareness, interest and desire. So, a great deal of mathematical innovation lies ahead of us.

Ajit Balakrishnan, founder and CEO of Rediff.com, is hard at work on a free textbook in 22 Indian languages that will introduce machine learning to Class 8 Students in India. You can reach him at ajitb@rediffmail.com 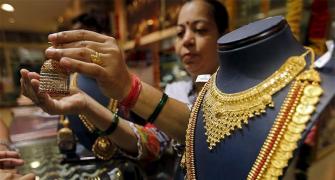 Why it's time for a social media primer for brands