For a bunch that fancies itself so greatly and does not hesitate to express an opinion on everything, this is very odd behaviour, says T C A Srinivasa-Raghavan.

A couple of weeks ago Hillary Clinton’s publisher, Simon & Schuster, sent me her latest book. It is called What Happened.

It tells us, well, what happened with her election campaign against US President Donald Trump. It is not very pleasant reading.

But if, for Rs 700, you want to understand something about what’s happening to and in America, it is well worth reading.

But skip the chapters on her emails. There’s a lot of avoidable mea culpa there that doesn’t cut much ice. On the whole, however, it is a cleverly written book, if a little on the fat side.

That book has made me wonder. Much as I love politicians telling us about themselves, I do hanker for economists to tell us about their lives, which had perhaps just one epiphany.

They were the equivalent of the great L Mukherjee who enabled so many young men -- women shunned them -- to enter the IAS, IPS, and Allied Services etc.

You could buy the Fontana Modern Masters books for Rs 2 each on pavement bookshops in Delhi.

One day, in a fit of fleeting flamboyance designed to impress a highly intellectual female friend, I bought all 15 that were on sale.

The bookseller, clearly relieved at meeting such a mug, sold them to me for Re 1 each.

I had them with me till about 10 years ago when I threw them away. Google had stepped into the breach.

Last week, I found one that had escaped the purge. It was about John Maynard Keynes by someone called D E Moggridge.

Compared to Robert Skidelsky’s three-volume masterpiece that came much later it was a mere noodle. But it did make me Google for Keynes’s autobiography in case I had missed it. The man had not written one.

Then I looked to see if the other great economists had written theirs. Only a handful had.

The shortest on Google was Pranab Bardhan’s “autobiography” -- a five-page note! E S Phelps wrote a 24-page thing. Both are there as PDFs.

Charles Kindleberger, however, did manage to write a full book, but a thin one -- 200 pages only.

John Kenneth Galbraith also wrote his memoirs which are longer.

Other than that I have not managed to locate any. Hence the question: Why have so many economists written so little about their lives?

For a bunch that fancies itself so greatly and does not hesitate to express an opinion on everything, this is very odd behaviour. All other disciplines fare much better in contrast.

Indian academic economists are no better. To the best of my knowledge none of them has written an autobiography.

One would have thought it would be the most natural curtain call for Amartya Sen.

Or that at some point P C Mahalanobis, Sukhamoy Chakravarty, Avinash Dixit et al would have written at least as much as Pranab Bardhan. But no such luck. They all are as silent as Sam Weller’s drum which had a hole in it.

Economic administrators -- I G Patel, Y V Reddy et al -- have done better. Montek Singh Ahluwalia should also unburden himself soon. After all, he was at the centre of India’s economics for 30 years.

Reticence, I was told, has three basic explanations. First, because there is nothing to say; second, discretion; and the third is low self-esteem.

The last, I think, can be ruled out ab initio. An economist with low self esteem is an oxymoron.

The second, too, is a non-starter. What would an economist have to be discreet about? It’s not as if they work for intelligence agencies.

That leaves the first, namely, that they have nothing to say, possibly because they have said it all in their professional work.

But it would be nice to know how they figured it all out. Did it come in a flash or was it worked out slowly?

When I asked my highly intellectual female friend -- now an irascible grandmother -- she grumpily said, “Maybe it’s because the b*****s have been faking it all along.”

She is a great believer in the Occam’s razor principle which says that when all else fails the simplest explanation is the best. Should she have the last word on the subject? 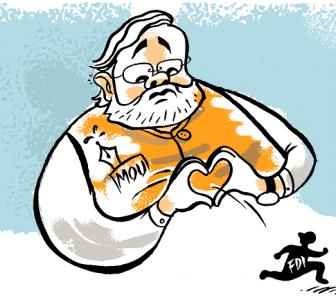 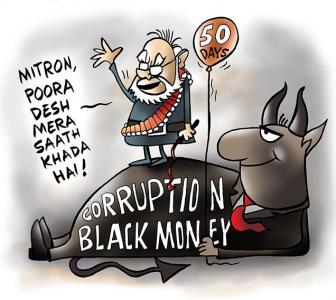 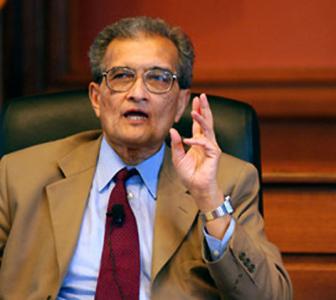