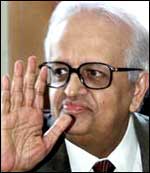 Public call offices and Sulabh Sauchalaya, which has redefined sanitation by developing low-cost pay-and-use toilets being used by about 10 million people a day, have emerged as the most successful examples of public services in India, reveals an international study.

The revelation is contained in prominent economist and former RBI Governor Bimal Jalan's newest book, The Future of India: Politics, Economics and Governance.

Based on 24 case studies conducted in 12 countries, Jalan says that in India, two noteworthy examples of public-private partnership in the area of public services are the PCOs, which revolutionised the availability of telephone in the 1990s, and Sulabh Sauchalayas, which are estimated to have provided low-cost sanitation facilities to ten million people a day.

A Rajya Sabha member, Jalan points out that in several countries, the model of public-private partnership has replaced the old system of public ownership and public delivery in certain important sectors. In India, in respect of telephones as well as sanitation services, the new initiatives were supplemental to the public sector facilities.

"They did not replace the public sector organisations responsible for the delivery of these services. In view of entrenched political and bureaucratic interests as well as for practical reasons (to avoid the disruption of existing public sector services), this was a wise decision," says the book.

The noted banker, who held the post of chairman of the Economic Advisory Council to the Prime Minister, argues that the supplemental approach expanded the availability of services and created a more competitive environment without affecting government employees and raising resistance.

He also suggests that it is now necessary to adopt a similar approach in respect of all essential public services. The UNDP, in its Human Development Report, 2003, had also appreciated the Sulabh International for its efforts in promoting community participation by launching low cost sanitation facility for the poor in India.

Since 1970 more than one million toilet units have been constructed under the Sulabh's initiative. "In addition, 5,500 have been installed as 'pay and use' public toilets, staffed by an attendant round the clock. As a result, more than ten million people have received low cost sanitation, and 50,000 jobs have been created," says Sulabh International Pro-Vice-Chancellor Prof S Tripathi.

Jalan says international experience in the management of public services shows that the objective can be achieved if a distinction is made between the ownership of these services (by the government) and the delivery of such services (by private and local enterprises).

The compilation of 24 cases studies has concluded that in every case where the management of a public service was contracted out to private enterprises, the distribution and quality of the service improved and the net cost to the public was reduced. Jalan argues that the interface between three factors -- politics, economics and governance -- and their combined effect on the functioning of our democracy, will largely determine India's future.

An understanding of this interface will help explain the swings in India's political and economic fortunes over the past decades, and why the promise has been belied. While Jalan shares the optimism of many about India's potential in the knowledge sector, he is "not at all confident that we will be able to fully seize the opportunities that are now available."

The factors that may impede India's progress are "the deadweight of the past, the power of distributional coalitions, and the growing disjuncture between economics and politics."

"The real answer to the puzzle about India's high growth combined with persistent poverty lies in what can be perhaps described as the growing 'public-private' dichotomy in our economic life."
Source: