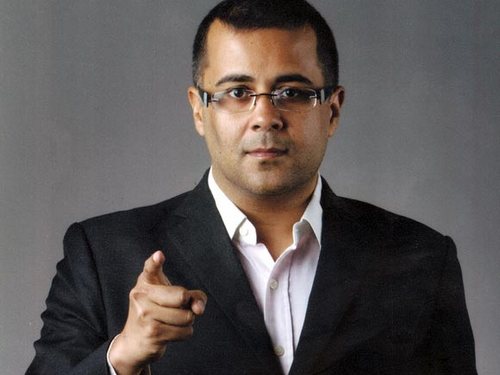 Do the young Indians really just want a job and a girlfriend? Which India is Chetan Bhagat talking about?

Chetan Bhagat became an instant hit with the Indian youth with his first book, Five Point Someone. The book took the youth through a journey of three engineering students at the prestigious Indian Institute of Technology, which every young Indian either related to or wanted to be able to relate to. It was easy to read and witty, but no literary masterpiece. His subsequent books, One night @ the call centre, The three mistakes of my life, and 2 States, too went on to become bestsellers but established Bhagat as a 'dud' in literary circles.

Bhagat's latest book, What young India Wants is a non-fiction, unlike his previous books, and an attempt by Bhagat to establish himself as a serious, thinking, author. The book title indicates that Bhagat is trying to capitalise on his popularity with the Indian youth. The book may go on to become a bestseller, but he has clearly chewed more than he can bite this time.

There are essays in the book which have nothing to do with the youth or the young India. They are plain criticisms of politicians, policies and processes. And we are all on board there. Even though some of the observations are a bit over the top. For example, comparison of cricket with opium or suggesting that Indians are 'suckers for power'!

However, he has got the pulse of the youth wrong in many place in the essays which are related to the title of the book, "what young India wants". And the biggest one in my opinion is that according to him Indians lack a good set of values and are a confused bunch of people.

Indians are definitely not confused and have solid set of values.

The young India I know wants to fulfill the aspirations of their parents. We want to bring home a boy or a girl whom our parents would approve of. We want to come home for Diwali, wherever in the world we might be. We want to take care of our parents in their old age and protect our children, always.

We believe in God. We know the right from the wrong. We know the difference between honesty and corruption. Sometimes we deviate from our values to survive. To survive the same processes and policies which Bhagat has so lucidly criticised in his book.

We are fighters who get to schools, colleges and offices, running behind buses, dangling through the door, because of inadequate frequencies and public transport. Would we ever reach the destination on time if we were to form a queue? Queue works when 10 or lower number of people board a bus with 10 empty seats. But if 20 people need to board a bus which is already full, it will not work. Have you seen Indians break queues in the developed countries? 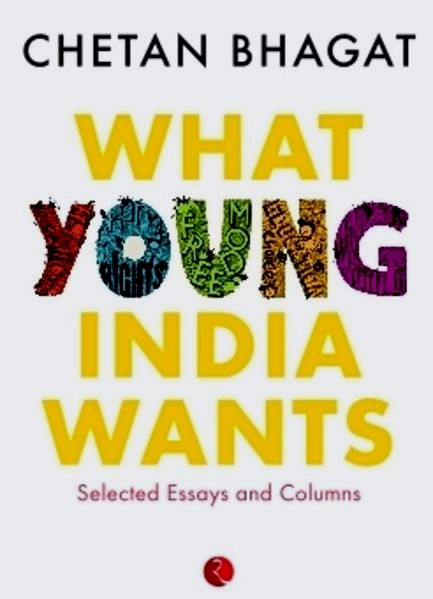 The youth of the nation know that all service providers are bad. We stick to a service provider as long as we don't decide to change, on a bad morning, in frustration. But the change is not in anticipation of better service. Same goes for their votes. Bhagat suggests that change can be brought around if everyone decides to vote for honest politicians. Isn't that an oxymoron in India? There are no honest politicians to vote for. Whether it's one party or the other, they are all corrupt.

We look up to our corporate czars because they survived and found their way through this corrupt system. Even if they inherited, as against innovated, they stayed afloat. And the suggestion that Indian youth does not look up to innovators or entrepreneurs is a bizarre one. Narayana Murthy (Infosys), Kiran Mazumdar Shaw (Biocon), Sunil Bharti Mittal (Airtel), and many more, are all first generation entrepreneurs, and we look up to them!

In spite of the education system, Indians think (unlike what Bhagat suggests)! We think, therefore a significant percentage of the scientists, doctors and academicians in the US are Indians. The fact that they go to the US and invent or innovate, and not in India, is a reflection on India's processes and policies. Not on the quality of our brains.

And seriously, the comparison between opium and cricket, is inane by any stretch of imagination. Yes there was a controversy. The business part of it isn't transparent. There are glamorous people involved. But what does that have to do with the game? Indian's enjoy watching the game, the country has some world class players, they idolize some of them, how's that different from basketball in the US or Football in Brazil? And trust me Mr. Bhagat, no child in India thinks about or sees "cricket as yet another example of India's rich and powerful treating the country as their fiefdom".

Truly, there is only one thing wrong with India -- its politics and the politicians. That is the root cause of our socio-economic troubles. And all we want, as youth of the nation, is a country free from these corrupt politicians. There is no confusion about that!