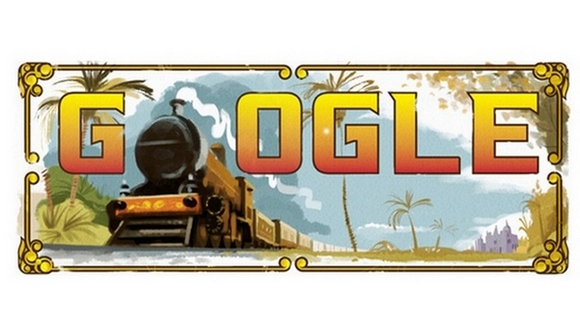 Image: Google celebrates the 160th anniversary of the first passenger train in India with a doodle.

Today, the Indian Railways celebrates the 160th anniversary of the first run of its passenger train between Mumbai's Bori Bunder (now Chhatrapati Shivaji Terminus) to Thane that began its journey on April 16, 1853.

The anniversary also happens to be the focus of today's doodle on Google's India home page.

Interestingly, the Mumbai-Thane line was not the first to be laid in India. That distinction goes to an experimental line that was laid near Chintadripet Bridge in the erstwhile Madras Presidency in 1836.

A year later, a 5.6 km-long railway line was also laid out between Red Hills and the stone quarries near St Thomas Mount and it took another eight long years before the then Governor-General of India, Lord Hardinge permitted private entrepreneurs to set up a rail system. This was in 1844.

How it really began 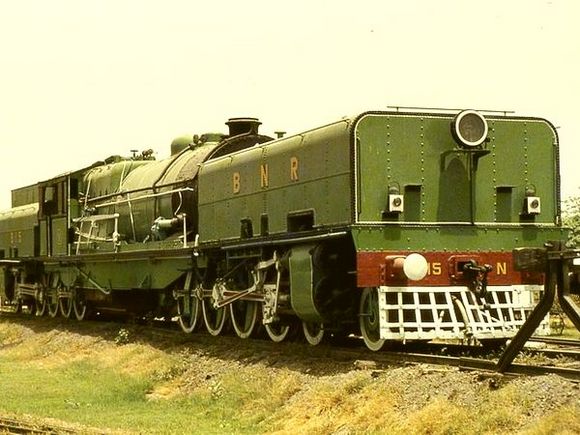 The East India Company then began encouraging the construction of railway systems by providing land to prospective investors and even assuring them an annual return of up to five per cent! These companies would have to construct and operate lines under a 99-year-long lease with an option of the government having the option to purchase the lines earlier.

Even so the Great Indian Peninsular Railway (GIPR) was created in order to lay down and run lines around Mumbai and East Indian Railway (EIR) was created to do the same in and around Kolkata.

By some accounts, though the first train in India was already running between Roorkee and Piran Kaliyar from December 22, 1851 -- a good year and a half before the Mumbai-Thane one began. It was being used to transport material for the construction of a canal over the Ganga from the Piran Kaliyar area to Roorkee.

The engine for the train is said to have been brought in from England in 1851 and named after the executive engineer Thompson who had completed the plan to run a train.

This train covered a distance of 2.5 miles between Roorkee and Piran Kaliyar in 38 minutes at a speed of four miles per hour and remained operational for a good nine months till one day the engine caught fire.

In any case, the construction of the canal had also been completed by the time.

The amazing history of the Indian Railways 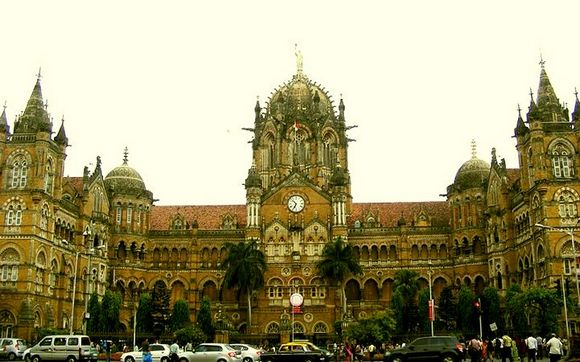 Image: The iconic Chhatrapati Shivaji Terminus that serves as the headquarters of the Central Railways in Mumbai
Photographs: Dr Raju Kasambe/Wikimedia Creative Commons

The train that did make history however was the one that ran between Bori Bunder in Mumbai (then Bombay) and Thane on this day -- April 16, 1853. It covered a distance of 34 km in about 45 minutes and was hauled by three locomotives -- Sahib, Sindh, and Sultan. Interestingly, today 160 years later, it takes much longer to cover the same distance!

On the historic train journey was Hon Jaganath Shunkerseth one of the two men besides Sir Jamsetjee Jeejeebhoy who'd formed the Indian Railway Association in 1845. The association was eventually incorporated into the Great Indian Peninsula Railway and Jeejeebhoy and Shunkerseth were the only two Indians among the ten directors of the company.

In less than three years, the first passenger railway line became functional between Allahabad and Kanpur; this was March 3, 1859.

As individual states began to construct their personal railway systems, the network saw a sharp rise growing from 1,349 km in 1860 to 25,495 kilometres km in 1880. Unsurprisingly, most of the lines were connecting the country's major ports of Calcutta, Madras and Bombay to the smaller towns and villages inland.

By 1895, India was already constructing its own locomotives and sending them along with engineers to construct Uganda Railway.

The world goes to war 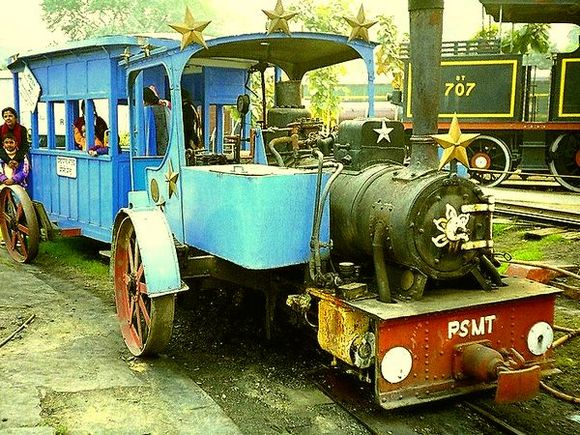 Image: An engine from the Patiala State Monorail System that was built in 1907 and connected Bassi with Sirhind and ran till October 1927 after which it was closed as better and faster modes of transportation such as cars and buses became more popular.
Photographs: Pravin Jha/Wikimedia Creative Commons

At the turn of the century, India had a thriving railway network which came handy during World War I as troops and grains began to be transported to Bombay and Karachi from where they'd eventually be shipped to the UK, Mesopotamia and East Africa among other places.

Sadly, by the time the War ended, the railways had suffered tremendous losses and while the West was celebrating the Swinging 20s, the two main railway companies -- Great Indian Peninsular Railway (GIPR) and East Indian Railway (EIR) had to be nationalised.

The Second World War struck another blow as railway workshops were used to make weapons and armaments.

It was only after India's Independence that 42 railway systems that included 32 lines that were owned by the former Indian princely states were merged to form what is now known as the Indian Railways. 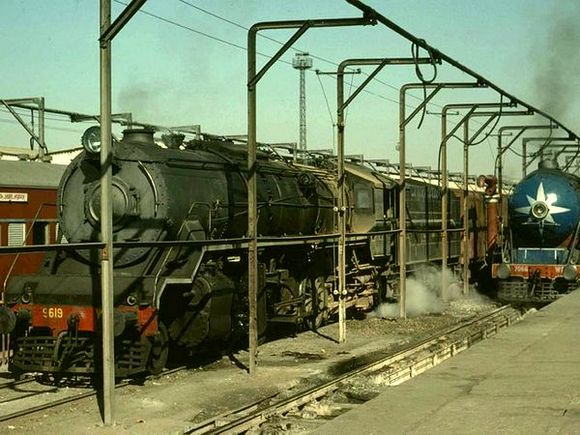 Image: The last of the steam locomotives made way for diesel and electric ones by the 1980s. Seen here is a WG class 2-8-2 N 9616 on the left and class 4-6-2 N 7066 on the right.
Photographs: Nanasu/Wikimedia Creative Commons

The 1980s saw the last of the steam locomotives running their course as their diesel and electric counterparts became more popular.

Between 1987 and 1995 the railway reservation system was computerised. Indian Railway Catering and Tourism Corporation or the IRCTC completely changed the face of railway ticket booking in India. It currently ranks at number 50 in India according to Alexa.

The Google doodle celebrates the 160th anniversary of the first journey that started it all and brought Indians closer than ever.