Watch out! The top 10 condom blunders 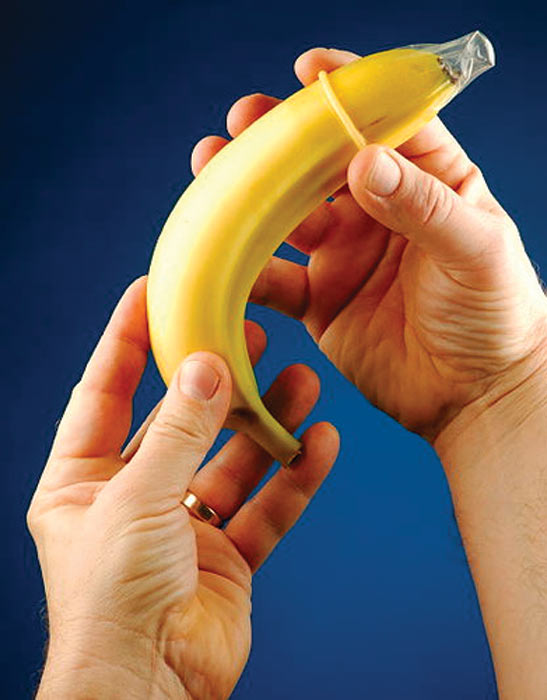 Making a mistake while using condoms can have far-reaching consequences, so take note.

All kinds of people all over the world make mistakes with condoms, a new international study found.

Researchers compared 50 studies on common condom blunders like putting it on inside out, unrolling it first, or not pinching the tip. Encouraging people to use condoms properly would help cut STIs and unplanned pregnancies, the researchers say.

Condom Use Errors and Problems: A Global View is a new survey comparing a bundle of studies from 14 countries spanning 16 years. It probes the condom habits of a wide range of people, ranging from students to sex workers and patients at STI clinics.

The figures can be hard to compare at a glance, because there are wide variations in the results. But what's clear is that all the different groups have something in common: when people use condoms, they make mistakes.

This is a shame, because if condoms are used properly, they protect against sexually transmitted infections and make a good birth control method in the bargain. So safe sex campaigns should do more than just promote condoms, say the researchers. They also need to help people avoid condom blunders.

Closing the gap between the 'perfect use' of condoms and the far-from-perfect 'typical use' would work wonders to bring down the numbers of STIs and unplanned pregnancies, the research concludes.

Do you always use condoms in the right way? The study runs through the most common mistakes people make with condoms and provides handy tips on how to avoid them.

Move on to the following pages for the top 10 most condom blunders.

1. Putting the condom on too late, or not wearing it all the way through sex 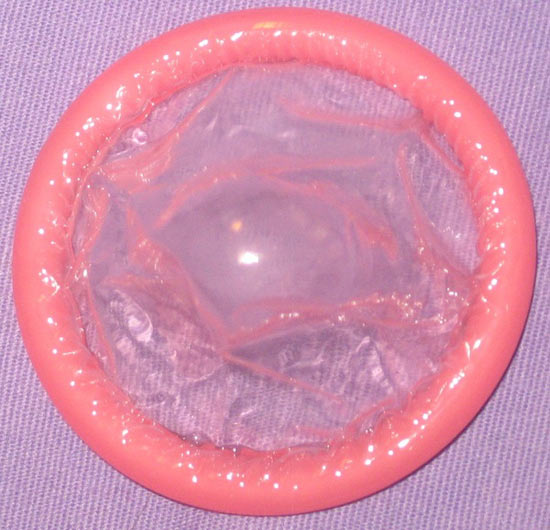 It's important to put the condom on before there's any contact between the penis and the vagina -- or mouth or anus -- and keep it on all the way through sex. And make sure it's rolled all the way down before you start.

2. Unrolling the condom before you put it on 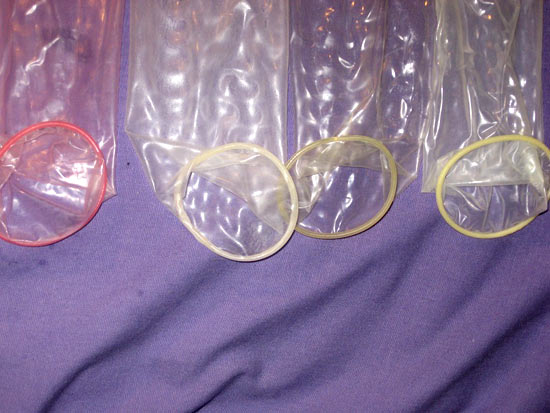 Of those surveyed, 2 to 25 percent said they'd done this.

Roll the the condom down over the penis. If you unroll it first, you can't put it on properly without trapping air. The condom could slip off and the sperm could leak down the sides.

3. Not squeezing air from the tip 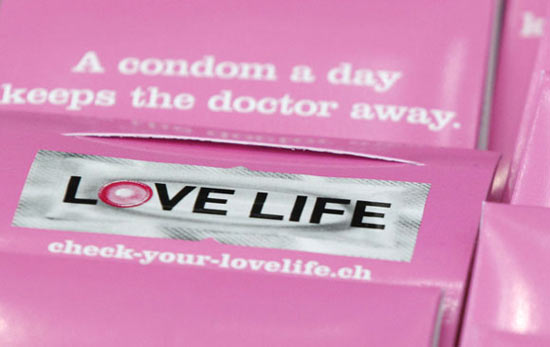 Of those surveyed, 24 to 45 percent said they'd done this.

Pinch the little bulge at the tip of the condom when you roll it down, to keep the air out. This leaves room for the sperm. If there's air in the condom it's more likely to tear and the sperm can leak down the sides.

4. Putting the condom on inside out, then flipping it over to use it 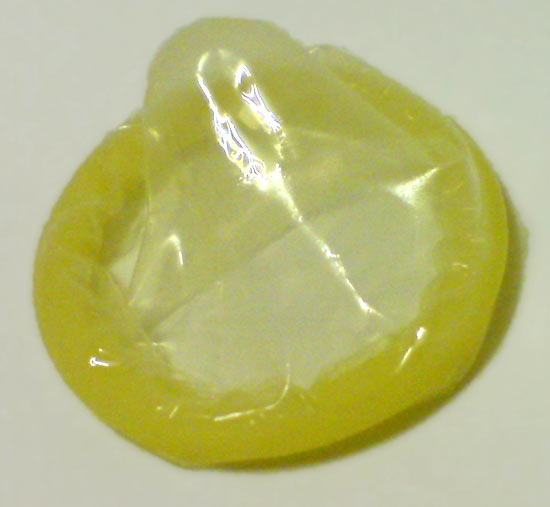 Of those surveyed, 4 to 30 percent said they'd done this.

Once the outside of the condom has touched the end of the penis, it could pass on an infection. There could also be enough sperm on to get the woman pregnant.

If you start putting it on the wrong way around, you'll realise it won't roll down properly and should throw it away and use a new one. Accidents can happen, so make sure you have a good supply of condoms at hand, not just one stuck in your back pocket.

5. Using scissors to open the packet 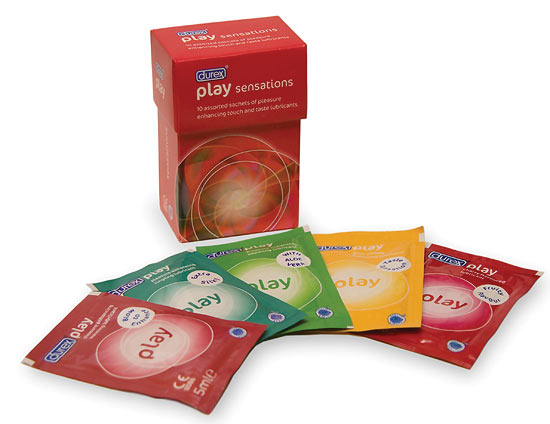 Of those surveyed, 2 to 11 percent said they'd done this.

Never use scissors, teeth, or anything else sharp to open the packet. It's designed to tear open easily. It's best to push the condom away from the corner before tearing across the pack, starting from the zigzag edge.

6. Not checking the condom for damage

Of those surveyed, 74 percent of men and 82 percent of women in two studies said they'd done this.

It might be a tall order in the heat of the moment, but it makes sense to check the condom -- without unrolling it -- to make sure it's in one piece before you put it on.

7. Using oil-based lubricant or none at all 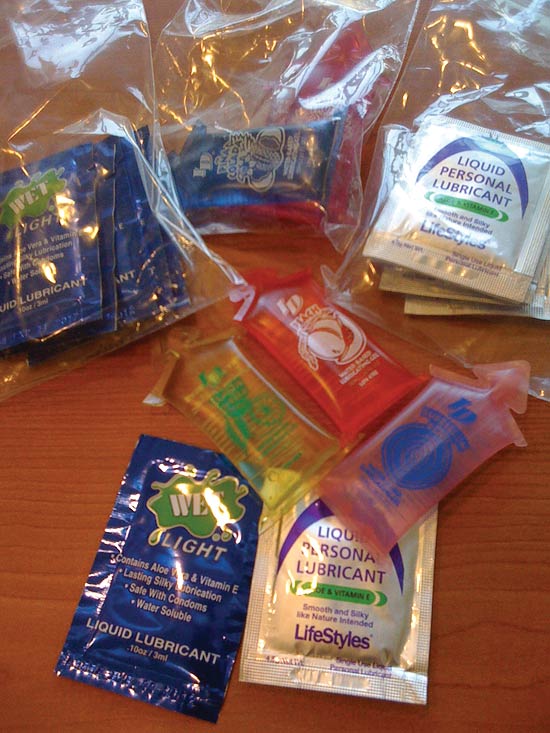 Of those surveyed, 16 to 25 percent said they'd done this

Most condoms are made of latex, which can be damaged by oil-based lubricants, like baby oil or Vaseline. If you put water-based lubricant inside and outside the condom, it feels nicer and is less likely to tear.

8. Not holding the condom when you pull out 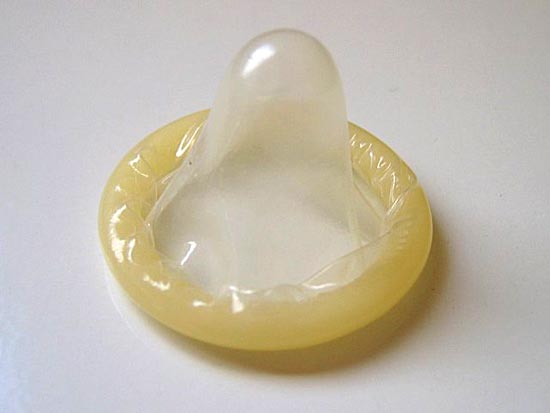 Of those surveyed, 31 percent of men and 27 percent of women said they'd done this.

You should take the penis out of the vagina before it goes limp, and hold the condom round the base of the penis when you do remove it to make sure no sperm leaks out. 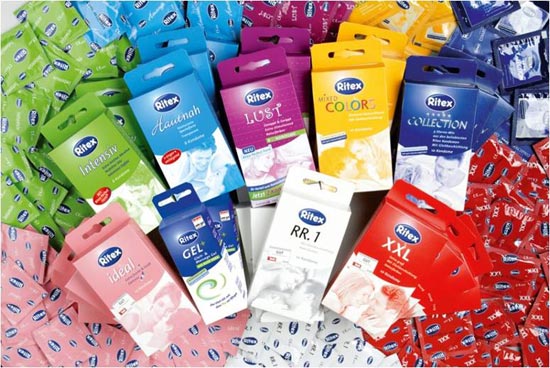 Of those surveyed, 1 to 3 percent said they'd done this.

10. Not checking the expiry date 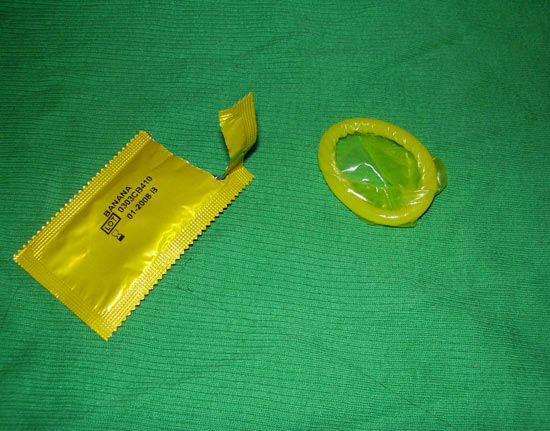 Of those surveyed, 3 to 19 percent said they'd done this.

Check the date on the pack. If the condom's out of date, don't use it. Keep condoms in a cool dry place to make sure they're in top condition.