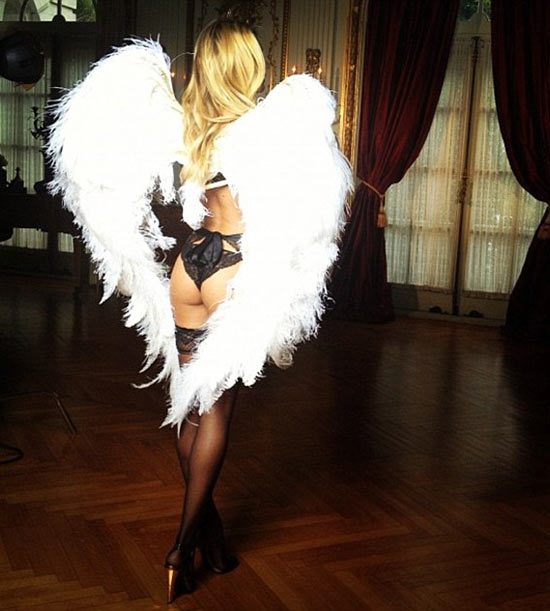 Which supermodel has been slammed by PETA? Which popstar has shared her toned bikini body pic with the world?

Victoria's Secret Angel Candice Swanepoel proved that there's a naughty side to her too, posting a cheeky snap on Twitter two days ago.

The Daily Mail reports that the 23-year-old South African bombshell gave fans a behind-the-scenes glimpse of her latest shoot for the lingerie giant, with a photograph that showed her wearing little more than the brand's trademark wings.

With her back to the camera, Candice's pert bottom and blonde mane are in focus. Accompanying the image was the message 'Day job :)' to her nearly 180,000 Twitter followers.

The image was one in a series of snaps the model posted to the micro-blogging site. 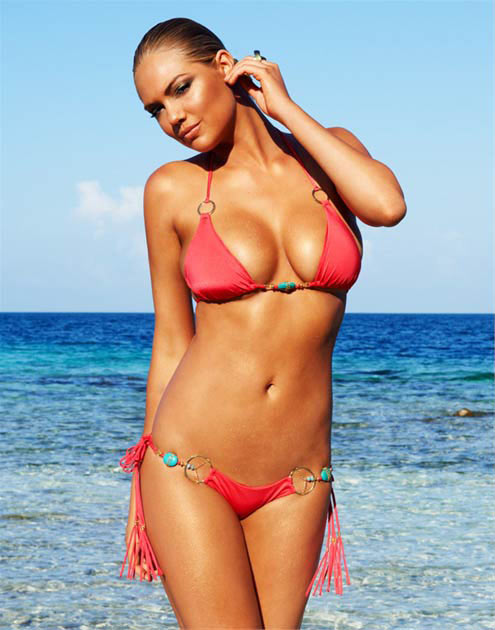 Kate Upton, who has a body most women envy and guys drool over, has still been branded as "thick and vulgar" by a pro-anorexia website.

SkinnyGossip also accuses the Sports Illustrated Swimsuit Issue covergirl of cannibalism for eating a burger in a Carl's Jr ad.

It blasts the 20-year-old in a recent post for having "huge thighs, NO waist (and) big fat floppy boobs" while including pictures of a bikini-clad Upton sauntering down the runway in a recent appearance on the catwalk, the New York Daily News reported.

"Guess who?! Yes, it's the lovely Kate Upton, confidently lumbering up a runway like there's a buffet at the end of it," the anonymous poster writes.

"She looks thick, vulgar, almost pornographic -- and she is a solid 30lb too heavy for this outfit," the writer adds.

The website also slams the model for devouring a burger in a steamy commercial for Carl's Jr., which hit television screens in March.

"I thought cannibalism was illegal?!? If that's not a very different species of cow, Kate could be in legal trouble!" the poster writes.

The buxom blonde rose to fame last year when she appeared on the cover of this year's Sports Illustrated's Swimsuit Issue.

SkinnyGossip is one of many websites that tries to glamorise anoxeria, offering "starving tips of the day" and attacking public figures who it deems overweight. 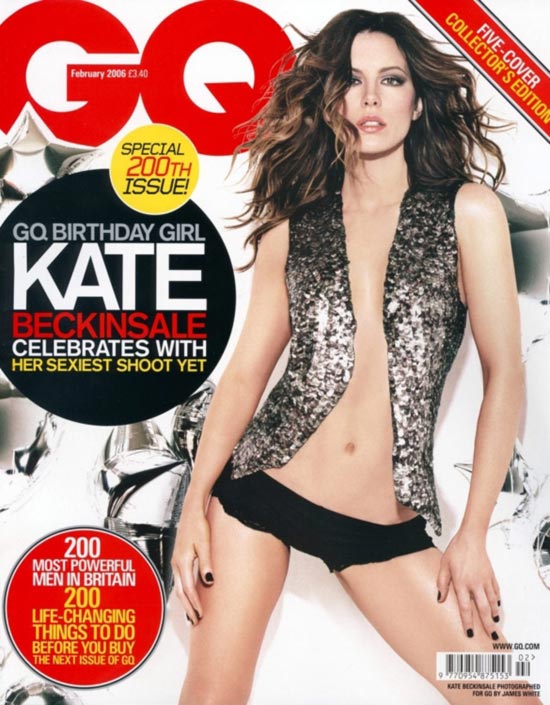 Kate Beckinsale has revealed that she feels more comfortable without briefs underneath her clothing on a day-to-day basis.

The Underworld star admitted that she would only consider donning underpants if her outfit didn't consist of much material.

The 38-year-old actress commented on being asked if it was true that she hated wearing panties.

I mean, unless I'm wearing a very short skirt -- or maybe if I'm going on a mountain expedition with extra layers. But no, I don't like them," she said.

Beckinsale will be seen in her husband's remake of Total Recall where she is starring with the likes of Colin Farrell and Jessica Biel. 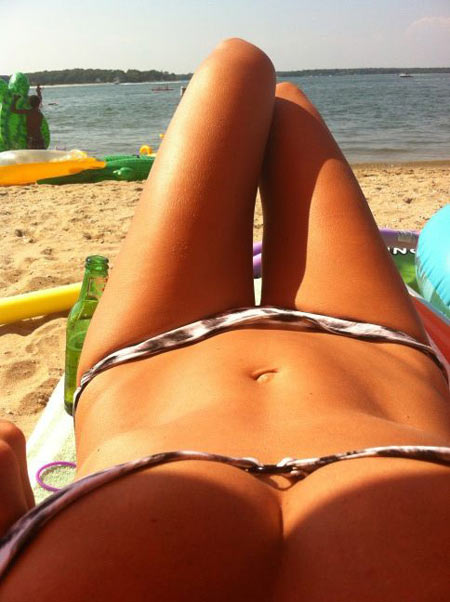 Heidi Klum has become the latest famous face to tweet photos of her legs and torso as part of the 'celebrity body surfing' trend.

The supermodel tweeted a photo of herself sunbathing on a beach on Thursday, accompanied by the caption "Gorgeous day."

Showing off her flat stomach in a leopard-print two-piece, the blonde star also ensured that her legs were in the shot.

The Only Way Is Essex star Sam Faiers also tweeted a very similar image while on holiday in Las Vegas last month.

While mentioning that she was 'getting nice and brown,' the reality TV star showed off her trim figure in multi-coloured bottoms and a jewelled bandeau top.

But not all the stars are as body confident; when Kelly Osbourne treated fans to a photo of herself sunbathing, it seemed that she had cropped some of her body out.

Rather than showing off her chest, the 27-year-old decided to give a glimpse of her flat stomach, her frilly bikini briefs and her thighs.

Two other celebrities who opted against revealing their stomachs altogether are Rihanna and model Miranda Kerr.

The Barbados-born singer treated her followers to a rather raunchy image of her legs in black tights that featured a print of red suspenders.

Kerr, on the other hand, posted her leggy picture back in October last year, while showing off a new pair of shoes.

But it's not just the women who like to flaunt their bodies on Twitter -- Katie Price's fiance Leandro Penna also couldn't resist snapping himself.

The Argentine model flaunted his six pack and an impressive tan while wearing a pair of light pink swimming shorts.

Kim Kardashian to have breast lift after childbirth 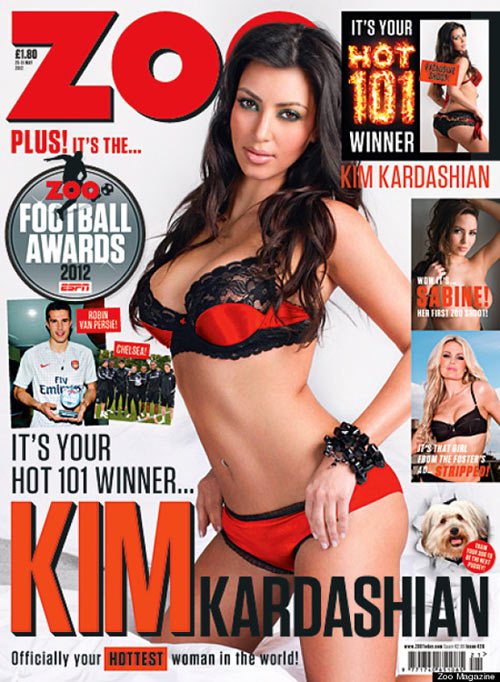 Kim Kardashian has revealed that she will "definitely" opt for a boob lift surgery after she has children.

The Keeping Up with the Kardashians star, who is dating Kanye West, insists that she has never had cosmetic surgery but will be comfortable going under the knife in future.

"It's crazy that people think I've had my nose, cheeks and lips done. It's just not the case," Contactmusic quoted her as telling the British edition of InStyle Magazine.

"I'm not against plastic surgery. I will definitely need a boob lift after I have kids. Who knows if I will want to do my face one day? My mum did it, I told her to do it," she said.

The 31-year-old brunette beauty is known for her curvaceous figure, but she insists she still watches what she eats, even though she sometimes finds it hard to resist certain treats.

"When you have curves, you're just a cheeseburger away from looking heavy," she said.

"I'm changing the way I eat and it's a process because I have the biggest sweet tooth," she explained. 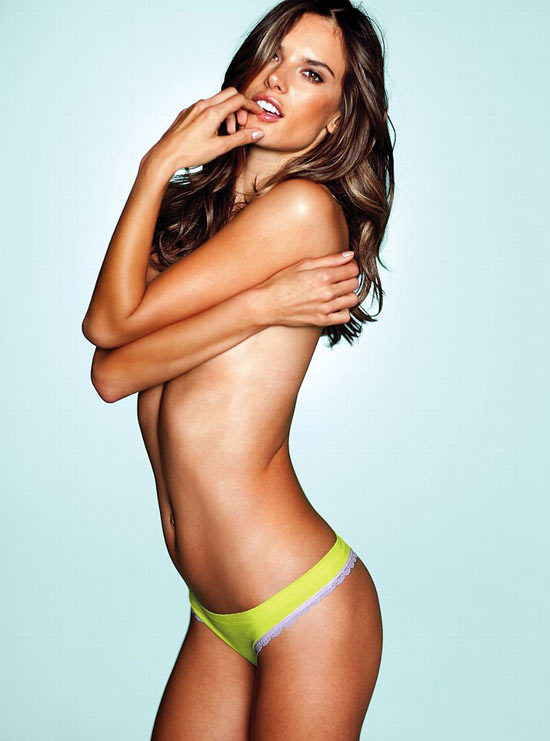 Alessandra Ambrosio drew the wrong kind of attention when she took her dip-dyed pink and purple pooch for a walk in Malibu last Thursday.

The 31-year-old supermodel came under fire from animal rights group after photographers snapped photos of Ambrosio carrying her fashion-forward dog to a lunch date with long-time fiance Jamie Mazur.

"What most people don't know is that dyeing a companion animal's fur can cause the animal stress and can lead to complications or allergic reactions that endanger the animal's health," the New York Daily News quoted PETA as saying in a statement.

"Our dogs and cats love us regardless of how we look; why not extend the same kindness to them?" the statement read.

In a similar incident earlier this year, actress Emma Watson had been spotted out with a pup dyed pink as part of an effort to raise money for breast cancer. 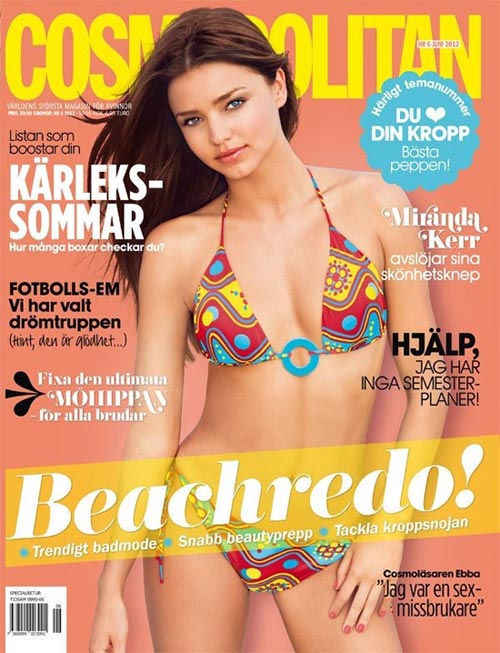 Miranda Kerr has said that she "worked very hard" to reach where she is today.

The 29-year-old, model who is married to Orlando Bloom, has hit back at claims that she had it easy.

"I was lucky for a while there, I just did yoga. Now I'm exercising a whole lot more, but it's for my job. It is a lot of work!" News.com.au quoted her as telling the UK's Vogue Magazine.

"I am very lucky, and I recognise that, but I can't feel bad about what I have, because I worked very hard for it. I especially worked hard pushing out that baby," she added. 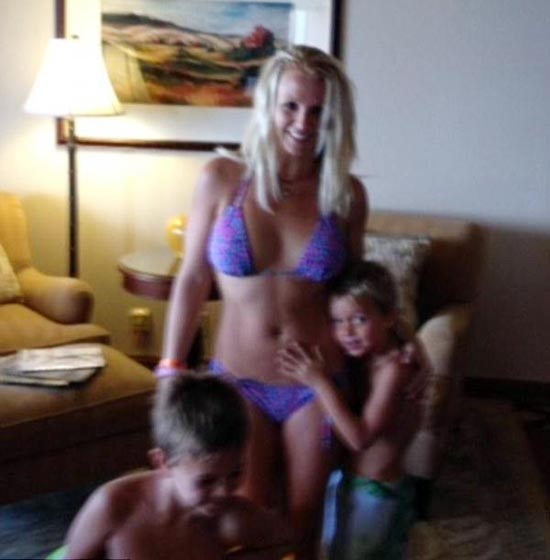 Britney Spears showed that she is back in shape by posting a picture of herself on Twitter while vacationing in Hawaii.

The caption read, "Getting ready for some pool time! Having a blast xxoo."

In the photo the 30-year-old singer is with her two sons, Preston and Jaden, the New York Post reported.

Spears also tweeted another photo with her boys, and fiance Jason Trawick, wearing leis and with the caption "Happy 4th of July from the Aloha State!"

But in less happy Spears news, MTV reported that a former Spears backup singer, who was dismissed from The X Factor leaked an unreleased song by the pop singer.

Don Philip, who had sung in the Spears track I Will Still Love You from her first album Baby One More Time, reportedly leaked a dance song, Pleasure You, from a 2010 recording session.

He auditioned for The X Factor, then lashed out at Spears on Facebook when his tryout was a bust.

"Back to real life...all my demons released...I totally crocked when the pressure was on...at least I didn't shave my head. My vocal (cords) tightened up like a snake around a mouse," the New York Post quoted him as posting on Twitter.

Philip sang on Pleasure You, but MTV said that it's unclear whether he'd added his vocals in after the song was originally recorded. 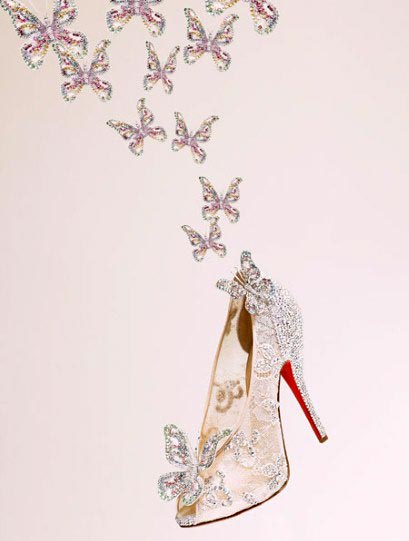 Christian Louboutin teamed up with Disney to design a modern-day version of Cinderella's glass slippers, which were unveiled in Paris on Wednesday.

Disney had invited Louboutin to re-imagine the famous slipper in honour of the release of Cinderella on Blu-Ray this fall.

"Cinderella is not only an iconic character when it comes to beauty, grace and fairytale love, but also shoes," CBS News quoted the shoe designer as saying in a statement.

"Her character and her story dictated the design to me, it was all there in the pages and the words of this tale," the statement read.

There's no glass in this modern-day version of the shoe -- Louboutin's design is made up of white lace adorned with crystals and sparkling butterflies.

Disney announced on Wednesday that just 20 pairs of the Cinderella shoes will be produced.

According to USA Today, the pairs will be given away worldwide this fall, and Disney and Louboutin will be releasing details on the giveaway next month. 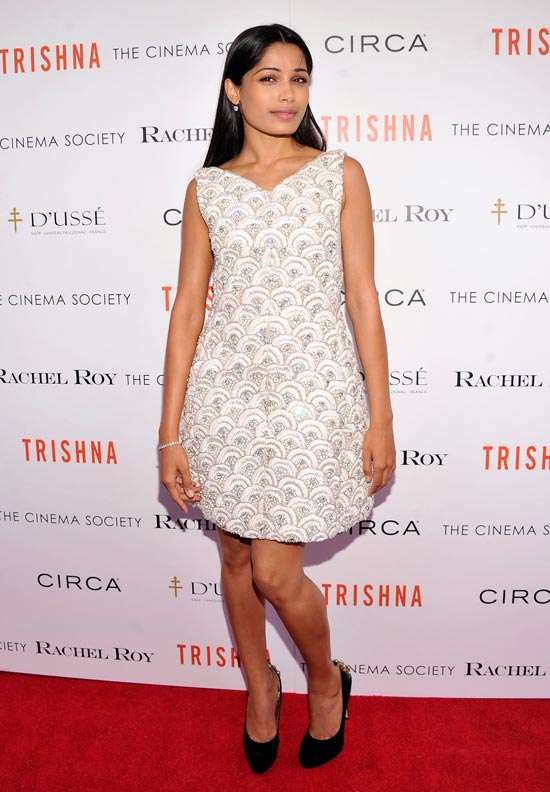 Freida Pinto stole the spotlight in a pretty embroidered dress at a screening of her latest movie Trishna.

Freida stuck to a simple look for the evening, teaming the stylish dress with classic black pumps and leaving her glossy jet black locks loose.

The Slumdog Millionaire star was just one of a host of elegant guests who rocked up at the screening.

Trishna, in which Freida plays the title character, is based on the classic Thomas Hardy novel, Tess of the D'Urbervilles.

It made its debut at the Toronto Film Festival 2011 and is slated for general release in September.

It is the latest in a string of projects for the stunning Indian star.

She also has a role in the highly anticipated Knight of Cups, alongside a host of actors including Christian Bale, Natalie Portman and Cate Blanchett.