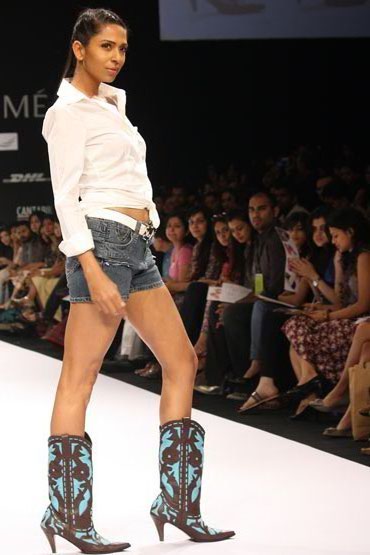 Here's what accessories designer Rina Shah had to offer up on Day Five of Lakme.

Rina Shah presents a collection at the LFW today that portrays her love for polo. The collection, titled Rinaldi Polo is sporty, chic and classy, just like the equestrian game and comprises boots, belts and bags.

Using embellishment with crystals and coloured stones, the designer created a line with equestrian prints on large bags with bamboo handles. The theme was brought to life with saddle bags with trimmings, reins handles on oversized bags, spur straps with crystals and feathers and even a sexy collection of belts with horses on the buckles. Thigh-high boots with feathers, beaded spur straps, satchel bags with chains and crystals added a cowboy feel to things.

Boots are made for walkin'! 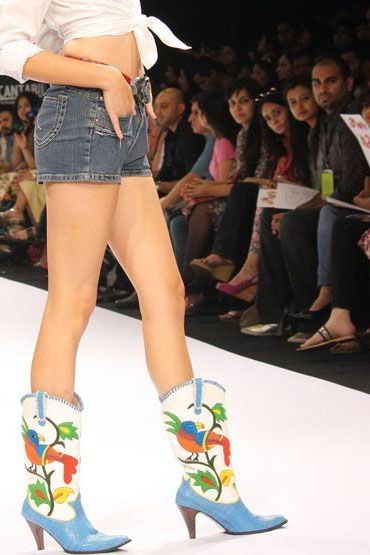 Next we have the same boots in a colourful bird print. 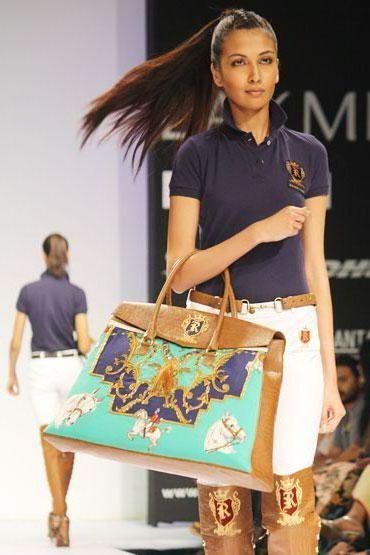 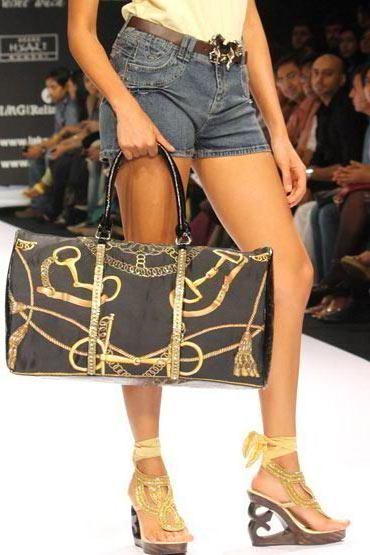 Now that is one pretty pair of platforms! The black and gold duffle sets them off well. 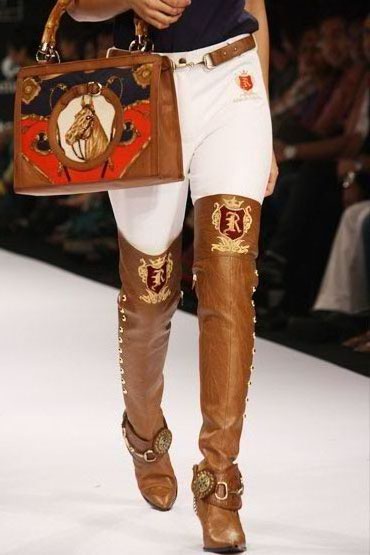 Look set for a polo debut with this bag and thigh-high boots. For her showstopping moment, the designer got polo players Angad Kalan, Kamran Ahmed and Shrinivas Bobade to make their debut on the ramp! 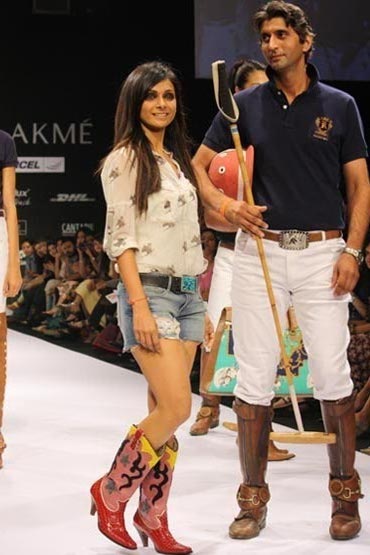 Rina dons her own designs to step out in style.