Dead In A Mumbai Minute

Dead In A Mumbai Minute

A fading bollywood star. Her former agent who is murdered on her private island. The suspects are many.

As investigator Reema Ray begins to crack the case, the plot gets murkier and bloodier.

Can she crack the case before it is too late?

Dead In A Mumbai Minute by Madhumita Bhattacharyya has all the answers.

We present to you an excerpt from Chapter Four.

For the first time in my life, there was a dead body at my feet.

I had come close to death before – a few family funerals; Pathology 101 in college – but never in the course of an
investigation.

This, as Kimaaya Kapoor had told us back at the house, was Ashutosh Dhingre, her one-time agent, now a Bollywood nobody. How had he fallen from such heights? She only said something vague about disagreements over the kinds of roles he was getting for her. It was all years ago, she had said, and
she couldn’t even remember the last time they had met.

'What do you see?' Shayak asked.

Even now he was in training mode. It was just the two of us, with minutes, maybe a half hour, to go before the police arrived.

I saw a man, throat split open, on his back.

I struggled for composure. 'Male, middle-aged, possibly early fifties. Wearing grey trousers and a white-and-blue striped shirt, both intact though the shirt has a large amount of blood on it. Dyed hair, moustache au naturel. Looks to be about 5'7", 75 kg. Shards of broken glass around his head, quite a bit of blood. There is a jagged, penetrating wound to his neck, caused by something sharp. It looks like this could be the cause of death and the source of much of the blood. There is another visible wound to the head, to the right temple.'

What about the glass?'

'It is a translucent green and quite thick, it has shattered unevenly and there seem to be pieces of a label which could probably be read off some of the larger fragments.'

I bent over. 'It definitely looks like a red wine bottle -- I can see some traces of it on the glass. There doesn't seem to be any serious amount of foreign liquid mixed in with the blood, so I would say it was either completely or mostly empty when the blow was delivered.'

'You feel the bottle was the weapon?'

'It would appear so. The blow to the temple could have been inflicted by the intact bottle, and the irregular wound to the neck by a shard of it once it had broken.'

'What about signs of a struggle?'

'Difficult to say without taking a closer look at the body.'

I peeked at Shayak's face. His grim expression was tempered by a glint of approval.

'It's a collaborative process. We have an informal arrangement on some cases.'

Just then the guard returned.

'Kimaaya ma'am is calling you. She said to tell you it is urgent, sir.'

We were headed to the golf cart when Shayak stopped midway. 'Reema,' he said, 'come here. Look.'

I followed his line of sight to the gazebo not so far away. There was a body -- it seemed to be a man -- curled up in a honeysuckle hedge.

'Another victim?' I asked.

Once we reached him, Shayak kneeled over and felt for a pulse.

'He's breathing. Pulse is strong,' he said, standing up and pulling his cell phone out of his pocket and dialling. 'Sir, there is another man on the island, alive but unconscious. I'm having him airlifted to the hospital.'

He hung up, then dialled again.

'Archana, how soon can you have the chopper here? Half an hour is not good enough. As fast as you can. Yes, to the island.'

And then he started examining the body. 'Can you tell me what just happened?' I asked.

'First call to the commissioner. He knows we are here and are investigating, but I needed clearance before moving this man.'

'And they are fine with all of this. Why?' If there was one thing I had learnt, the police were a territorial species.

Private investigators were seldom on their list of favourite collaborators.

'Who knows better than them that their resources lag far behind the ideal? How long would it take to get this man to the hospital, and who is to say what his condition will be at the end of it? How much evidence could be lost in the meantime, with an insecure scene like this?'

I nodded my agreement, but my curiosity was piqued by the realization that I knew very little about the influence Shayak wielded over the highest offices of law enforcement. I could not begin to imagine what he had done to get to this position. I remembered what Vinod had told me, about his prior life in the armed forces. That might be part of the reason for such unfettered access. 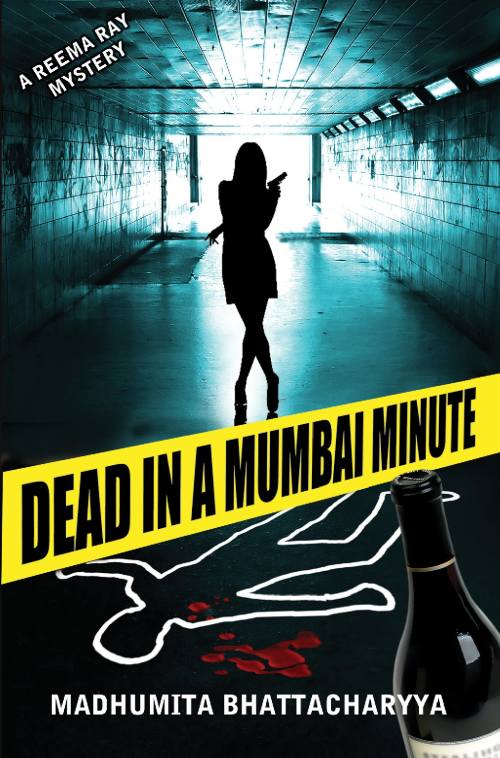 Wait here,' said Shayak. 'I'll get the first-aid kit from the boat.'

I watched Shayak jog towards the buggy and, like I had with the corpse, I tried to get a feel of what may have happened.

I could see no signs of a struggle. The man's clothes -- expensive -- were intact and appeared clean except for the soil that clung to him. His gelled hair was still in place, and his peaceful expression seemed ludicrous given his current location. I couldn't help looking at his hands: manicured, with
the sheen of a recent buff.

We had no idea who this man was for the moment. Kimaaya or someone else at the party should be able to identify him.

And then his eyes fluttered open. He stared at my face, poised over his. I straightened up and looked in the direction of the path, suddenly nervous. There was no sign of Shayak, or anybody else. What if this man was our murderer?

'Do you know your name?'

'Do you remember being hit?'

'No, but I remember drinking a lot.'

'What else can you remember?'

I didn't point out that he was lying in dirt. 'No.'

Kookie -- Kimaaya's nickname reserved for her friends and every tabloid reporter in the country. I heard someone approaching and turned around to see Shayak.

Our man has awoken.'

'If you count a bad hangover.'

'How do you know Kimaaya?' Shayak asked.

'She's a friend,' Viraat said with a smirk.

'What were you doing out here?'

'Was anyone with you?'

He was beginning to sound like an indecisive survey respondent.

'Do you know Ashutosh Dhingre?'

Finally, Shayak pulled out a syringe. 'I'm going to take a blood sample.'

'Why?' said Viraat, more than a little squeaky at the sight of the needle.

'There has been a murder.'

'Whoa dude, what are you saying!'

'Since you have been found a few metres away from the body, it is only natural that you will be a person of interest.'

'Murder,' Viraat repeated in a daze, sitting up and trying to shake off his stupor.

'Who are you?' asked Viraat.

'My name is Shayak Gupta. I am investigating the death that occurred on the island on behalf of Kimaaya.'

'And the hottie over there?'

Shayak looked at me with a raised eyebrow.

Excerpted from Dead In A Mumbai Minute (Rs 299) by Madhumita Bhattacharyya with the permission of publishers Pan Macmillan India.