Can going to jail be a good thing? 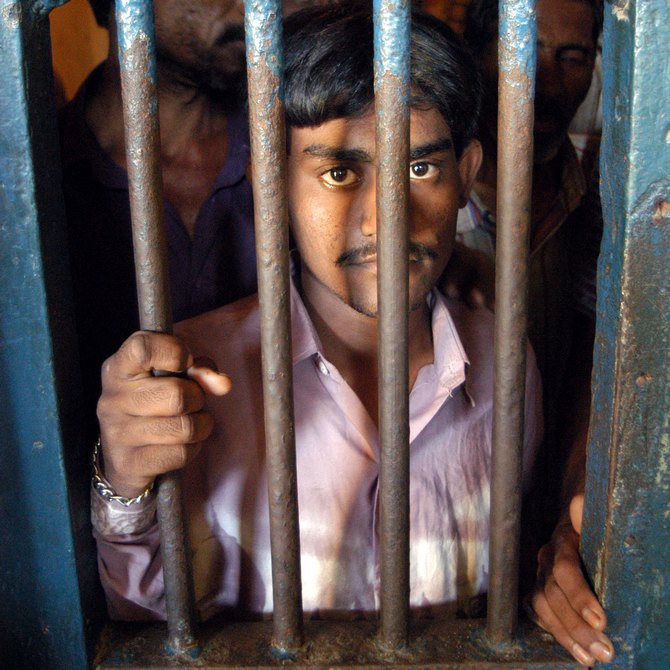 Chetan Mahajan learnt more about life from his wrongful captivity than his two MBA degrees.

They weren't the most ideal circumstances, but Chetan Mahajan made the most of them.

In December 2012, Mahajan's then employer Everonn was accused of defrauding the parents of the students of their coaching class chain.

Mahajan, being the seniormost employee present at Bokaro City where the controversy broke out, is arrested.

The ordeal that started out a few days before Christmas of 2012 dragged on for 30 long days with Mahajan trying hard and unsuccessfully to prove his innocence.

It didn't help that his employers, Everonn, seemingly took the whole matter casually.

As days turn to weeks, Mahajan who was then employed with the company for a little over three months begins maintaining a diary.

Now published by Penguin India, the result is a fascinating account of his time in the prison, the colourful characters he met there and insights he gained into human nature and realities of an India that he'd only perhaps read of but never encountered first hand.

(Read an excerpt from the book, The Bad Boys of Bokaro Jail here)

Mahajan is now the CEO of HCL Learning Ltd.

In an email interview with Rediff.com, Chetan Mahajan wrote about his motivation for maintaining a prison diary and his learnings from the horrifying experience.

What was the motivation for maintaining a diary in prison? Surely there must've been days when you didn't want to put the pen to the paper. What drove you to make that extra effort?

The idea behind writing the book inside the jail was to tell the story of the jail. It is not as much my story -- I'm just the storyteller. And diary format just happens to be a convenient format.

I also edited and tweaked the contents extensively after coming out. After my release I worked to give the whole manuscript the narrative and flow of a book. I did extensive surgery on my diaries to get to the final outcome.

In many ways the process was therapeutic, but the biggest reward, of course, was when Penguin agreed to publish it.

The reason to do that was to get a personal victory out of the negative experience. In the end I wanted the jail experience to be something that I used to my benefit. I did not want it to be something to be embarrassed and defensive about for the rest of my life.

Kindly click here to purchase a copy of the book! 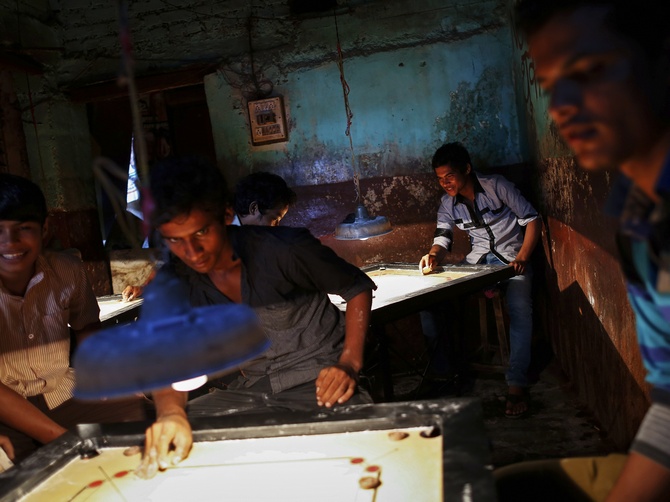 Could you describe what was going through your mind when you were walking through that dark patch the first time you were brought into prison?

Complete fear and panic. The dread of the unknown, accentuated only by the imagery of jails that movies project.

And remember, I was in Jharkhand -- erstwhile Bihar. Not exactly the choicest place for going to jail.

You mentioned about the tentative friendship you formed with one of the inmates -- Pappu Ansari. But who was the one that you found most interesting? Why?

The jail was full of interesting characters, but for the choice of most interesting it would be a toss-up between Anup and Ghani.

Anup was a guy suffering from mental health issues, but he was smart in his own way -- a good chess player.

But I think Ghani would win out. Ghani was a guy who liked being inside jail.

They called the jail his 'office' and said that he would frame himself for theft etc to get into jail.

Inside jail he was the ward incharge of Ward 2 -- so he had a method of making money inside jail.

He could also feed his habit of drugs.

And he spoke softly -- rare for someone from Jharkhand.

Somewhere halfway through the book, you speak briefly about your concerns about India's demographic dividend.

Could you please elaborate your views on the matter?

Would you say your views have changed during your time in prison?

I have always had my concerns about how the demographic dividend can easily go from boon to curse.

The jail experience only reinforced my views.

While we all understand the challenge at hand -- clearly defined by the government of India by setting the goal for NSDC (National Skill Development Corporation): of 500 million youth to be trained in skills by 2020.

However, a whole point is being missed here.

And mass employment at this scale can only come from manufacturing scaling up the way that it has in China.

Instead of creating supply and expecting demand to happen, the government needs to focus on the demand creation of the skilled youth.

And this needs to happen by creating an environment and infrastructure which can encourage and build-up large scale manufacturing in India.

That is the only sector which can absorb manpower at such a scale.

Once the demand is in place, then the supply being supported makes a lot more sense. Right now we have it backwards.

'Never be a victim' 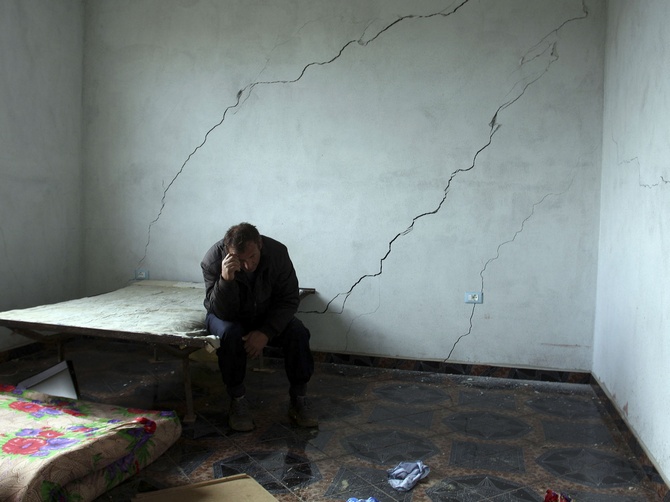 Image: It may be difficult but it is crucial to look for a way to turn a negative situation into something positive, says Chetan Mahajan (Picture used here for representational purposes only.)
Photographs: Arben Celi/Reuters Abhishek Mande Bhot/Rediff.com

What were the five greatest insights about human nature you've had from your time in the prison?

Don't know if I have five great insights. But a few things I did get out of the experience were:

The value of humanity over religious ritual: Way too many people go through the motions of being deeply religious people, and then treat fellow humans badly.

The focus needs to be on who you are -- not on what all rituals you perform.

Never be a victim -- at least in your own mind.

Always look for some way to turn a really negative situation (like going to jail) into something positive (like publishing a book).

Don't see the world in your image. Appreciate the differences between different parts of the world -- especially in a country like India.

I don't think anyone can make you feel humiliated without your consent.

So things happened which were uncomfortable.

On one occasion I was asked to pee in the bushes while handcuffed to a rope, and a cop was holding the other end of the rope.

On another I was paraded across a busy road in handcuffs.

But I would not say I felt particularly humiliated.

Primarily because I felt that I had done nothing to be ashamed of.

But I do think it did help that I was in a town full of strangers where nobody at all knew me.

'Our prison system fails completely in... reforming the inmates' 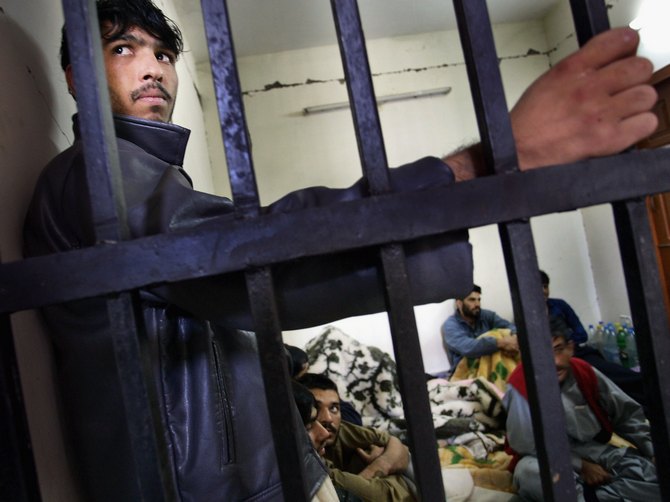 Did you ever think of yourself as one of the 'CNN-IBN crowd' -- the people who are informed but disconnected from the realities of India' before going to prison? Why?

Yes, I did realise even before I went to jail that I was part of the 'CNN-IBN crowd'. My favourite news channel is actually BBC.

What I had not understood was how deep and wide the difference between the two segments was.

The jail experience was first-hand exposure to the extent at which urban India differs from Rural.

Would it be possible to share five stark differences between the 'CNN-IBN crowd' and the 'Doordarshan crowd' that may not have been so visible at first but struck you the most?

The attitude towards women was the one thing that struck me the most.

Gender equality is a long way away. Even the way the gang rape story of Delhi -- which was big news when I wrote the book -- was seen very differently in a place like Bokaro.

Dowry is a normal part of life.

How did prison time affect your worldview?

It is strange because it works on two different dimensions, which sound quite opposite.

At one level, I don't want to judge people on just one factoid.

I always want to look at a person's overall profile and then take a call.

Letting just one data point be the definition of a person can be pretty unfair.

But at another level, something inside me has also hardened.

Sometimes I have to take decisions which are tough at the human level -- maybe I am unable to promote a deserving candidate.

Or worse, I have to ask someone to go.

I used to have a hard time with that.

But now I have a thicker skin. It's tough. I know. But life isn't fair -- it just depends upon who you are that particular day.

Losing your job isn't the worst thing on earth. It can get much worse.

What are your views on the prison system? How much does the stint help?

I had never thought about it before.

After this first-hand experience my view is that our prison system fails completely in getting anywhere close to reforming the inmates.

Mostly what it achieves is actually the exact opposite.

Finally, are you in touch with anyone from the prison?

I could tell you. But then I would have to kill you :-)

Kindly click here to purchase a copy of the book!