Look who's teaching young India to talk about sex!

Geetanjali Krishna finds out more about the inspiring work done by the youth-led YP Foundation.

Sometime ago, a group of teenagers conducted a safety audit of Nizamuddin Basti in New Delhi.

Using an app, they identified dark spots, mounds of construction debris and malfunctioning streetlights -- all of which contributed in making the area unsafe for young women to move around freely.

Audit completed, they presented the findings to the elders in the community.

The results were instant and positive, and not only because some of the findings of the safety audit were immediately addressed.

The greater outcome was that the community accepted that young people, especially girls, had a legitimate voice that deserved to be heard. It also brought into the open the fact that young girls today needed to be able to walk freely and independently in the city, and that the community could help make their neighbourhood safe for them to do so.

This safety audit is one of the many projects undertaken by Delhi-based The YP Foundation, or TYPF, which empowers young people to realise their human rights by working to transform their own communities.

Another project, Mardon Wali Baat, sensitises young men and boys on gender-based violence and gets them to question patriarchal norms of masculinity in and around Lucknow.

One of their largest projects, Know Your Body, Know Your Rights, delivers stigma-free and rights-affirming information on issues of health, sexuality and human rights to youth in Delhi, Bihar and Uttar Pradesh.

Incredibly, these projects have been conceptualised by TYPF's youthful team and the young leaders that they train to work within their own communities.

"TYPF is based on the assumption that the young best understand the problems that beset them," says Manak Matiyani, its executive director. "So, we identify leaders among that demographic and train them to address these issues."

Every year, the foundation trains about 150 young leaders between ages 18 and 22 across Bihar, Rajasthan, Uttar Pradesh and Delhi.

Additionally, its programme, Blending Spectrum, engages with youths as young as 12 to train them to become better citizens and more productive members of their community.

"Often, our youth leaders are asked where their parents are," laughs Matiyani.

"In rural areas, adults don't understand the value of sex education," he says. "Delhi schools impart sex education, but do so in such technical terms that the students are left none the wiser."

Consequently, TYPF's surveys have found that young Indians are woefully ill-informed about sexual matters and ill-equipped to make decisions about their own sexuality.

Their conversations with boys on patriarchal norms and gender stereotypes have shown that this is partly because in rural India, boys and girls have few opportunities to interact at an everyday level -- so they often see the other gender through a highly sexualised lens.

"In all our rural projects, we're trying to rectify this by ensuring that boys and girls have ample opportunity to collaborate with each other," says he.

Moreover, the prevalent culture of shaming of young people's sexualities makes it hard for many, especially young women and unmarried youths, to access them.

These findings have been used to advocate the need for more youth-centric policies by the government.

In order to scale up, TYPF plans to train more youth leaders in the years ahead, funds permitting.

Additionally, they're looking for individuals to volunteer as mentors for these youth leaders.

Presently, they have an annual organisational budget of ₹30 million and are funded largely by institutions like the Ford Foundation, UNFPA, Packard Foundation and others.

Meanwhile, Matiyani and his young cohorts are determined to influence government policies and programmes and legitimise the voices and concerns of the young within their communities. In so doing, they've also demonstrated that lasting social transformation occurs when the beneficiaries themselves become active agents of social change. 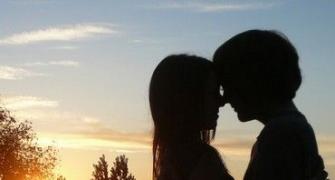 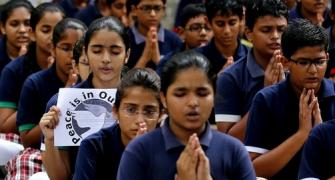 Sex education and 8 courses we must teach in schools!

More & more women are exploring sexuality. Here's the how & why