News
Business
Movies
Sports
Cricket
Get Ahead
Money Tips
Shopping
Sign in  |  Create a Rediffmail account
Rediff.com  » Getahead » What my wife was up to in Mumbai!

'While I went to dinner with "suited-booted" people, who talked brain-numbing numbers about market evaluations and potential collaborations, my wife decided to grace a soiree where Mumbai's moviedom was in attendance, chatting up its svelte movers and shakers,' says Kishore Singh.
Illustration: Uttam Ghosh/Rediff.com 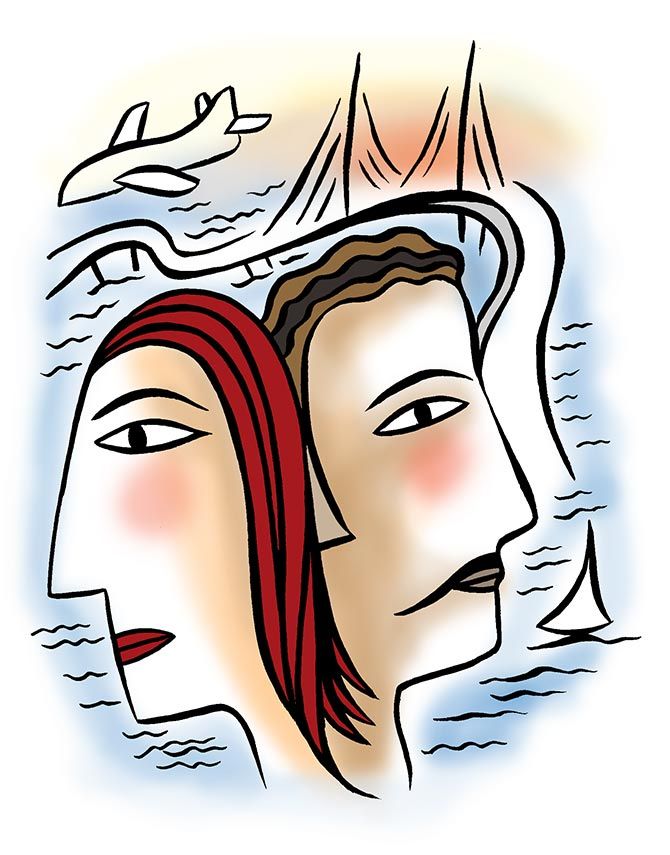 "What will I do the whole day?" my wife griped when, on a work trip to Mumbai, I headed for office meetings, leaving her free to do her bidding.

"You could have your nails done," I said indulgently, "or have your hair shampooed."

"Nonsense," my wife snapped, "I am not a kept woman who will preen and dress up for her useless husband and his friends."

So, when we parted ways for the day, I couldn't help feel she would find the going tedious with hours of little to do in a city far from home.

While I hardly left the office premises, one set of people being replaced by another as we appraised performances, discussed targets and heard office gripes, this is what my wife did.

She went to an exhibition of designers to look for an outfit for our daughter; she met up with one friend who took her out for coffee, and another whom she joined for lunch; she went shopping and caught up with some more acquaintances.

When I came back to the hotel so we could go out together for cocktails, she insisted on going out with another contact she had run into, and eventually only joined me after she'd air-kissed her way through several parties.

The following day, while I grabbed a hasty sandwich at work, she found herself at one of the trendiest new cafes in Mumbai. She did, indeed, have her nails done and her hair shampooed "for my own pleasure," she sneered at me.

She was a lady with both time and leisure, and she exploited it to the hilt.

When I came back to the hotel tired, she said, "You're just a boring old man." We could have gone out together to an office get-together, but she could not be persuaded to join me.

So, while I went to dinner with "suited-booted" people, who talked brain-numbing numbers about market evaluations and potential collaborations, my wife decided to grace a soiree where Mumbai's moviedom was in attendance, chatting up its svelte movers and shakers, posing for pictures with the social set, and had herself a glamourous evening.

Her partying entailed considerable expense on a new wardrobe to keep up with the lunching ladies for which she purloined my credit card, saying I would have no need for it where I was spending my time.

At least I knew where she was every time she swiped the card and the message pinged on the mobile phone, even though the accompanying amounts were dismaying.

I texted her to say I had an hour free in case she cared to join me for a break, to which she responded: "I wish you wouldn't be so possessive, and demanding."

When I went down to the hotel coffee shop for breakfast, she didn't care to join me after her revels of the night before -- so she ordered breakfast in bed, instead.

Later, she scheduled tête-à-têtes for herself during the day, while I kept minutes of meetings, and more meetings, using up any spare time to send out emails and other communications.

When, on the flight back, my wife and I compared notes, I found she'd socialised with a few score people -- friends, and friends of friends; acquaintances, and acquaintances of acquaintances -- over the course of our couple of days in Mumbai, while I'd met hardly anyone at all, leave aside some office colleagues.

"You do absolutely nothing at all," my wife pointed out to me, "you're no more than a kept man." 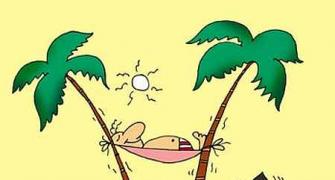 10 things to do in the summer 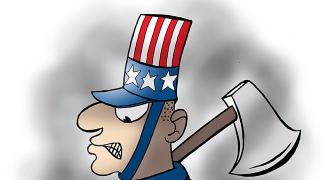 Tipping, the American way of life 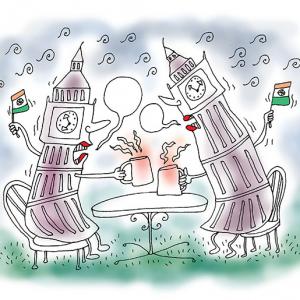