How the Tricolour is made.
Video, photographs: Hitesh Harisinghani/Rediff.com Reportage: Anita Aikara/Rediff.com

Year after year, Indians hoist the Tricolour with great fervour on Republic Day and Independence Day.

But have you ever wondered where, and how, the flag is made? 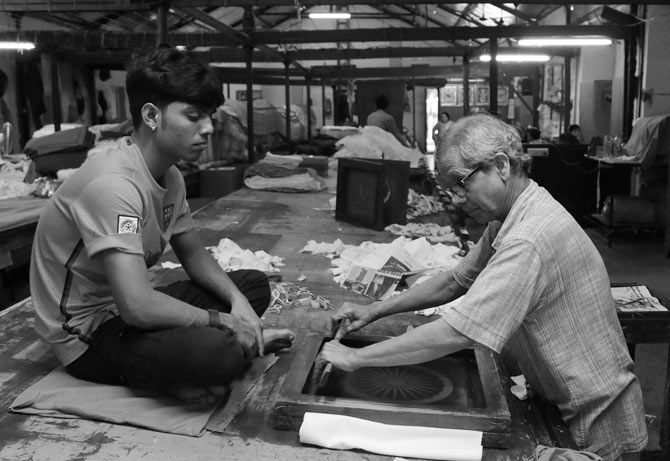 The national flag you see fluttering on government buildings across Maharashtra take shape in a tiny unit in suburban Mumbai.

Printing happens only by hand at this unit, where flags are manufactured according to the Indian standard specifications for the national flag. 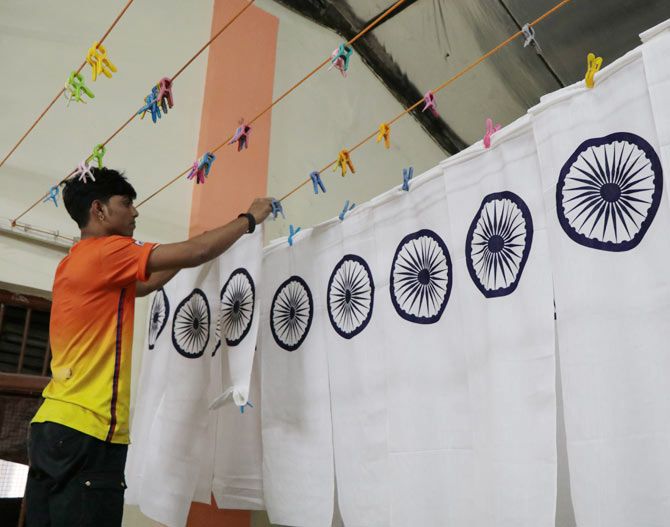 IMAGE: The white cloth is quickly spread out so that the ink can dry and does not bleed.
At this unit, no cloth is just a piece of fabric. It's something special.

"Education has not touched some of these villages, where poor farmers make khadi for a living," he adds.

The process of flag-making is strenuous and the flags are made in segments.

Khadi manufactured in the villages reaches Bhatt's unit. It is then segregated into three parts: One to be bleached white and two to be dyed green and saffron.

When the bleached cloth returns to the unit, the Ashoka Chakra is printed on it.

Once the green and saffron dyed cloth return to the unit, a stitching team cuts out the required sizes and sews the flag panels to put together the Indian flag.

Lastly the flag is ironed, neatly folded and packed.

The finished bags are then ready to be shipped to government offices and also supplied to khadi stores from where the public can buy these flags.

VIDEO: A step-by-step tour of how the Ashoka Chakra is printed onto the Indian flag at Khadi Dyers and Printers.

Bhatt's unit has limited production capacity, so it produces flags throughout the year.

"Our main work is printing the Ashoka Chakra and stitching the flags according to BIS norms," says Bhatt. "We also sew accessories like ropes, toggles and threads into the flag."

"The flags here are made of khadi only and they strictly adhere to the specifications laid down by the BIS," he adds.

"As and when a Khadi Bhandar gets an order, they approach us and we immediately supply flags to them. For that, we need to keep flags in all sizes ready."

Bhatt's unit also manufactures table and car flags for VIPs. "We cater to all government departments and embassies in India and abroad." 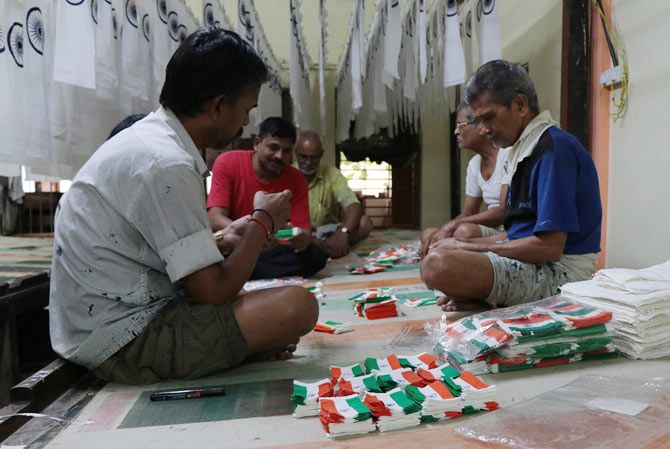 IMAGE: A group of men put the table flags together.

The flags made at this unit are more expensive than the ones made of regular cloth, paper and metal. That's the price you pay for the effort that goes into making the flag. 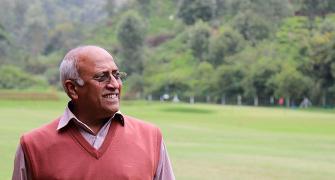 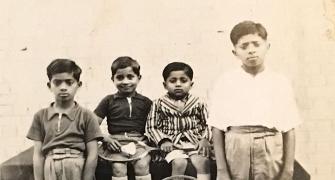 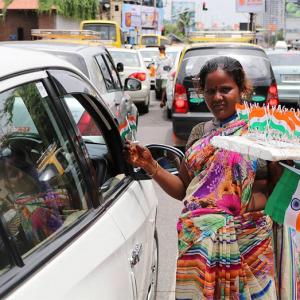 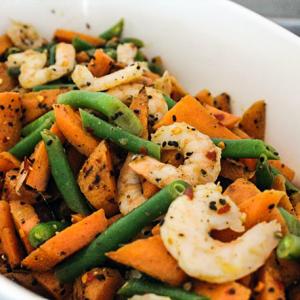